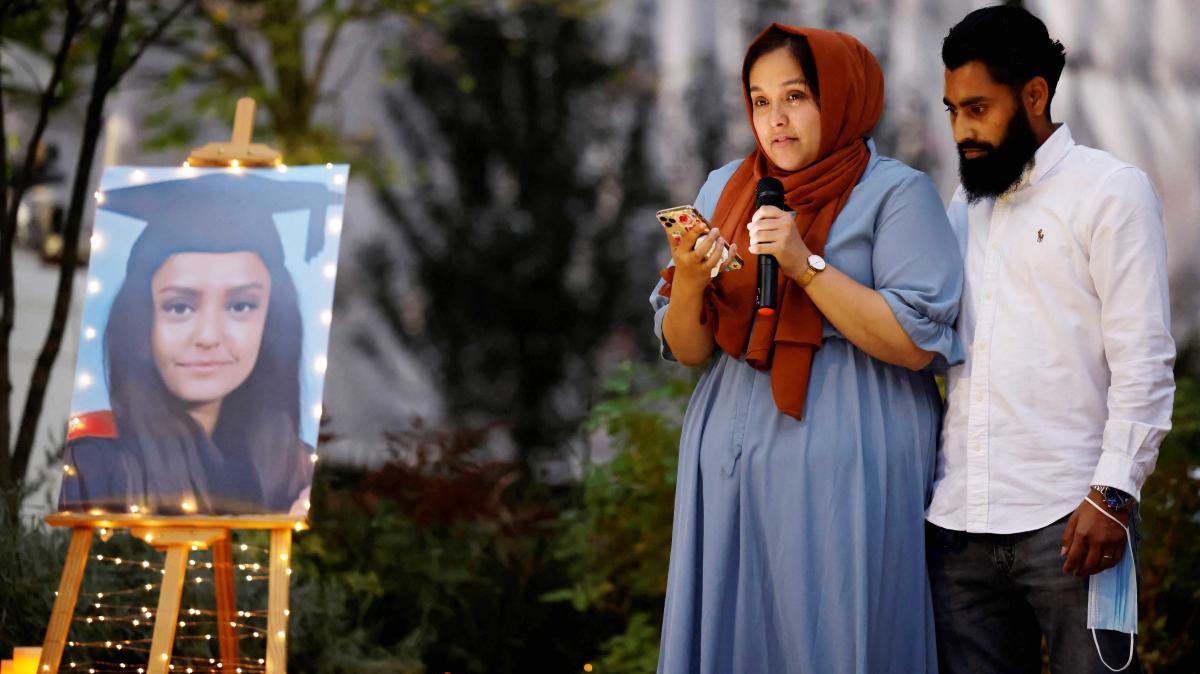 Police need to do more to make the streets safe for women and girls after the death of Sabina Nessa, the victims’ commissioner for England and Wales has said.

Dame Vera Baird, who said she attended a vigil in Wood Green, London, in honour of the suspected murdered 28-year-old primary school teacher, on Friday evening, said there needed to be more onus on police to protect the public than on women to take precautions.

She told BBC Radio 4’s Today programme: “Apparently the police have been giving out rape alarms to women and giving leaflets out saying how to stay safe in a public place. It is less, isn’t it, about giving women leaflets on keeping themselves safe in dangerous places and more about the police making the streets safe for women?”

Nessa is believed to have been murdered after leaving her home on Astell Road in Kidbrooke, south-east London, about 8.30pm last Friday to meet a friend at the Depot bar. The journey should have taken her five minutes.

Police fear the prime suspect for her murder may still be at large and are urgently seeking a man captured in CCTV images taken close to where she was found dead on Sunday. Two men arrested in connection with the alleged murder have been released under further investigation.

The balding man in the footage, who is seen dressed in black hooded coat and grey jeans and apparently clutching a red or orange object in his right hand, was in Pegler Square on the evening Nessa was attacked. Anyone with information about him is urged to come forward and contact police.

Nessa’s killing has triggered an outpouring of emotion and anger, especially among women, and reignited concerns about the level of danger women face in Britain.

Hundreds of mourners, including Nessa’s sister, Jebina Yasmin Islam, attended an emotional candlelit vigil in Pegler Square on Friday evening, where she had been heading on the evening she was killed.

A separate rally earlier in the evening at the East London Mosque heard powerful testimony from other members of Nessa’s family. Candlelit vigils were also held across the country, from Glasgow to Margate to Bath.

A book of condolence has been opened at the OneSpace community centre, near where Nessa’s body was found, for anyone to leave a tribute to the much-loved teacher.

When it was put to Baird that there needed to be societal change along with police intervention, she said: “It certainly isn’t just a job for the police but, look, the police do have a very key role here.

“Three-quarters of women over 16 have been harassed in a public place and don’t feel safe. They need to know that the police understand that and will use all the powers they have got to keep the streets safe.”

One thought on “Police Must Do More: The Sabina Nessa Murder”