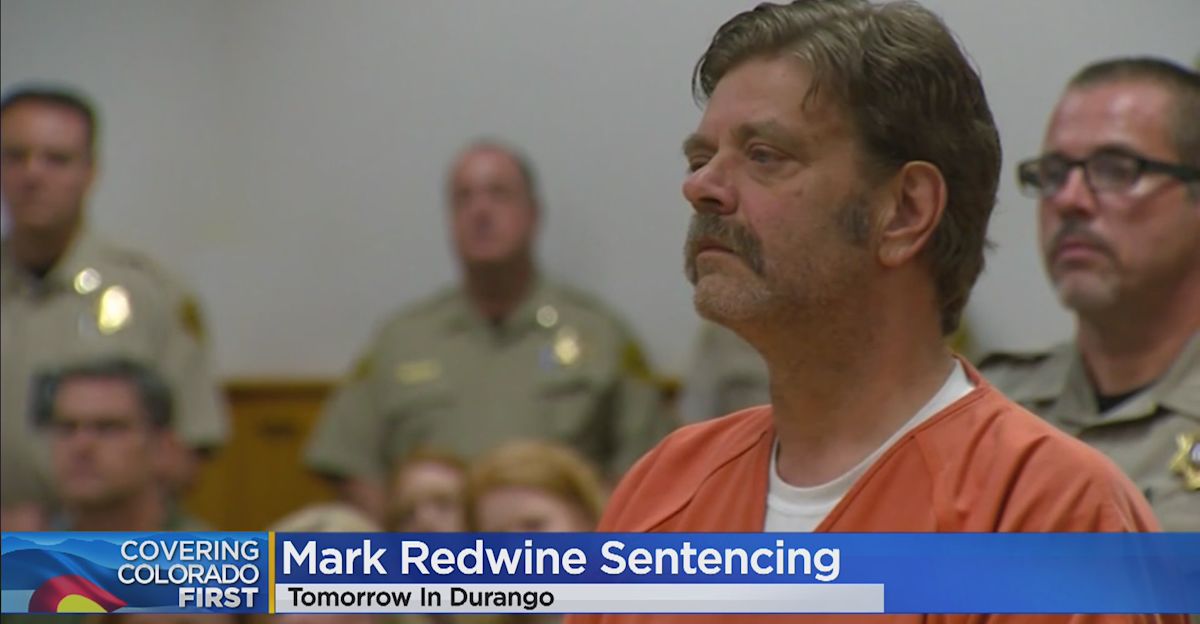 A Colorado father found guilty of killing his teen son, who mistakenly uncovered his collection of fetish photos, has been sentenced to 48 years behind bars.

Mark Redwine was convicted in July of second-degree murder and child abuse resulting in the death of his 13-year-old son, Dylan, who was last seen alive last seen alive the night of Nov. 18, 2012. He was visiting his father at the time as part of a court appointed visit, 9News reported.

Some of Dylan’s remains were discovered by hikers in June 2013, about 10 miles away from Redwine’s home, according to an indictment. His skull was not found until more than two years later in November 2015 — about a mile and a half away from the first location.

Prosecutors said Redwine flew into a rage upon learning his son found compromising images of him, including those that show him posing in lingerie and a diaper, and then murdered him. He was arrested in 2017.

“As a father, it’s your obligation to protect your son and keep him from harm,” Judge Jeffrey Wilson told Mark Redwine before issuing his sentence.

“And instead of that, you inflicted enough injury on him to kill him in your living room. After the passion of whatever caused you to act the way you did subsided, you didn’t think about Dylan. You thought about yourself. You sanitized the crime scene. You hid Dylan’s body, and you went so far as to remove the head from the rest of his body.”

Wilson added that he could not remember a convicted defendant who showed less remorse than Redwine.

“After all this time and listening to what was heard in this courtroom, you still take absolutely no responsibility for what you did to Dylan,” he said.

Redwine has repeatedly denied any involvement in his son’s death. His defense attorneys had suggested he returned home on Nov. 19, 2012, and couldn’t find his son, but saw a bowl of cereal on a table and a television tuned to Nickelodeon, according to the Durango Herald. They contended a stranger had abducted Dylan or that he was maybe attacked by wildlife while on a walk, but jurors ultimately rejected the theory.

Redwine’s legal team said they intend to appeal what they described as a “fake conviction.”

Dylan’s brother, Corey, testified during the four-week trial and described the struggle he has had moving on from the loss.

“What could I have done differently to keep Dylan from the evils of Mark?’ I think about our difference and how I also could have been in the same position as Dylan,” he told the court.

“While my kids will never meet Dylan or their real grandfather I often think of what I could have done differently as the older brother who was also raised in fear. But I can’t change the hate in Mark’s heart and I can’t blame myself for his mistakes I can only learn from them.”

He continued: “Dylan is my hero. He became more of a man in 13 years than Mark has in 60. I’m so proud of Dylan and what he stood for.”