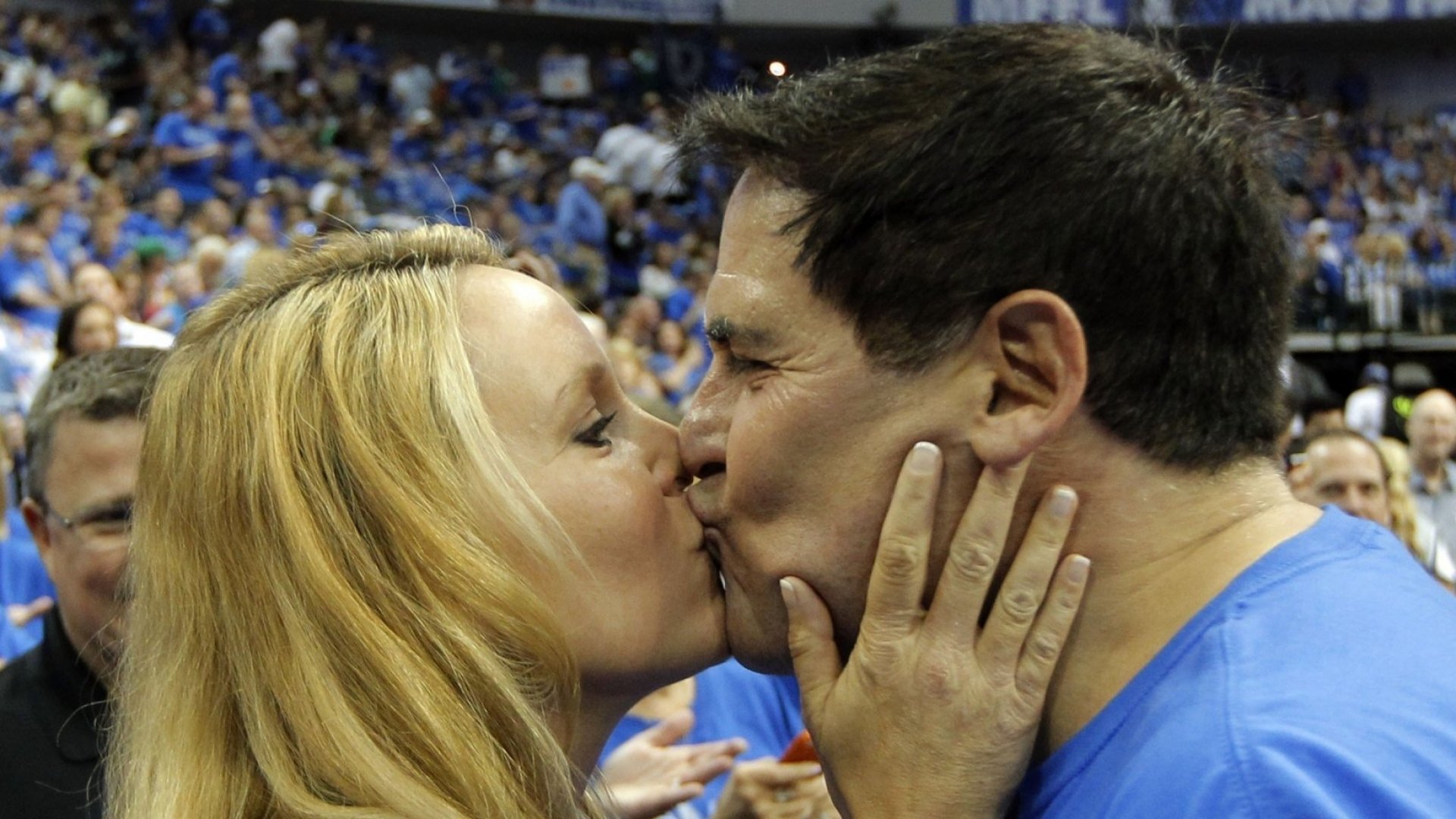 Shark Tank investor Mark Cuban has never been shy to talk about how he got to where he is today. But this isn’t true about all subjects, including his wife, Tiffany.

At the turn of the millennium, the entrepreneur didn’t want to share details about their relationship with Forbes, who asked him about possibly marrying Tiffany given that they had been dating for three years. “That’s a no-win question for me,” he told the outlet.

That said, Tiffany lived with Mark in his 24,000-square-foot Dallas chateau, which he bought after he sold his basketball streaming service, Broadcast.com, to Yahoo for a whopping $5.7 million in 1999. Six months later, he cashed out his stock and found his new home as a self-made billionaire.

In 2000, speaking with The New York Times, Tiffany opened up about having to have “great patience” to live with Mark. She didn’t “like coming home to” the grand estate, calling the house “impractical.” Making their living situation a little more tricky was Mark’s opposition to furniture.

The then-advertising salesperson also revealed that their relationship “suffer[ed] from scheduling problems” because Mark divided “his time in blocks of seconds.”

It was common for the two to be on different sleeping schedules. Tiffany attributed it to his computer. “He can’t turn it off. He just can’t!” she told the newspaper. Mark also echoed his sentiment on marriage to NYT, saying, “It’s such a serious commitment.”

Fast forward, two years later, Mark and Tiffany officially tied the knot on September 25, 2002 at the Royal Pavilion Resort in Barbados in front of 20 family and friends. It’s unknown when the Dallas Mavericks owner changed his mind and how he proposed, but the duo started growing their family shortly after.

Today, Mark and Tiffany have three children: Alexis, 18, Alyssa, 14 and Jake, 11. The former Dancing With the Stars contestant has been candid about passing down certain values to his kids like understanding the importance of money. Originally from Pittsburg, Mark has described his upbringing as “middle class” in “a working class family.”

“I’m not the dad that comes home with a ton of presents. I am the dad that says, ‘Pick that up. Take that; put it in the sink. No, you have to earn that,’” he said in 2014, according to Insider. “I want them to recognize that the only thing special about themselves is what they make for themselves.”

Mark continued: “They have to be themselves. They can’t be Mark Cuban’s or Tiffany Cuban’s son or daughter. They have to be adults and they have to carry their own weight … I didn’t want them to have a sense of entitlement. I want them to be like themselves … I just don’t want it to ever be about stuff. If I treat them with respect hopefully they’ll treat their peers with respect. That’s what we pay attention to more than anything else, how they treat other people.”