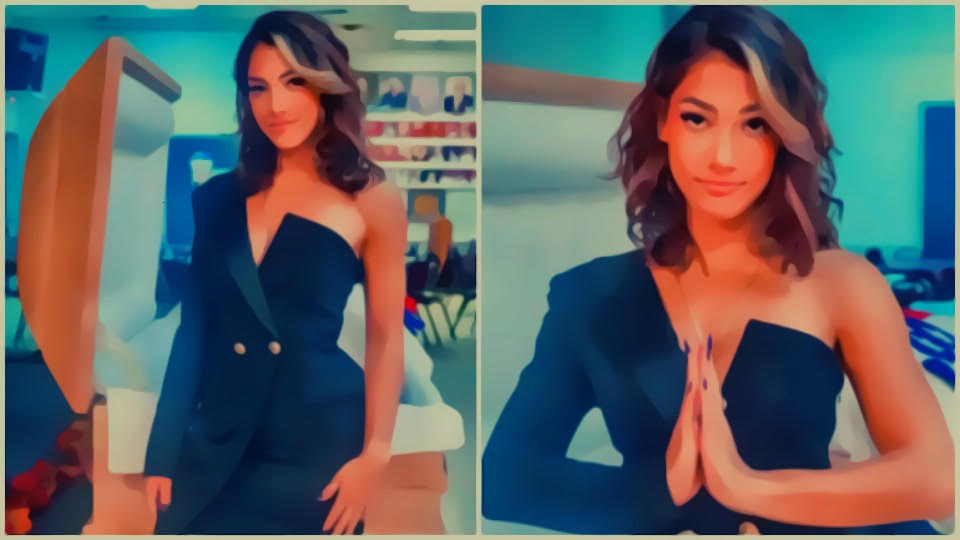 A social media influencer defended herself Wednesday after she was criticized for sharing photos of herself posing in front of her father’s open casket.

In the photos, Jayne Rivera, 20, was wearing a fitted, black one-sleeve blazer dress as she stood by father’s coffin, which was adorned with an American flag. She posed with her hands in prayer in one picture.

Rivera, of Florida, told NBC News in an interview that she “understood the negative reception,” but clarified that the photos were taken “with the best intentions in a manner my father would have approved with had he still been alive.”

“Everyone handles the loss of a loved one in their own ways; some are more traditional while others might come across as taboo,” the content creator said in a statement Wednesday. “For me, I treated the celebration as if my father was right next to me, posing for the camera as he had done on many occasions prior.”

Rivera said she posted the photos on Instagram the same day they were taken, on Sunday, more than a week after her father died on Oct. 11.

“Butterfly fly away. Rip Papi you were my best friend. A life well lived,” Rivera confirmed she wrote in the post.

“Have I mentioned the problem of a narcissistic and performative culture,” one Twitter user wrote.

Another person tweeted: “Is having kids really worth it?”

Rivera defended her decision to post the photos, saying, “There is nothing wrong with what I posted, and I stand by that.”

While many denounced her decision to share the photos on social media, some noted that the outcry was just as insensitive as the post itself.

Not what I’d have done, though grief is a weird thing,” one Twitter user wrote. “Maybe putting this girl on blast on the day of her dad’s funeral is a thing you could have chosen not to do.”

Because she is a “full-time influencer,” Rivera explained her father was regularly featured in her Instagram stories and felt it was appropriate for her followers to know he was gone.

“I have worked extremely hard for eight long years building my audience,” she said. “People from the outside judge a book by its cover without stopping to understand the intentions or underlying meanings of the book.”

She also claimed that Instagram had disabled her account “with no reason given,” adding she reached out to the photo-sharing app for clarity because she said “no community guidelines were broken when the photos were published.”

“People are going to disagree, either way, and I’m used to it. I am a Rivera, and I know my dad is proud of me and how things turned out,” she said. “He will not be forgotten.”