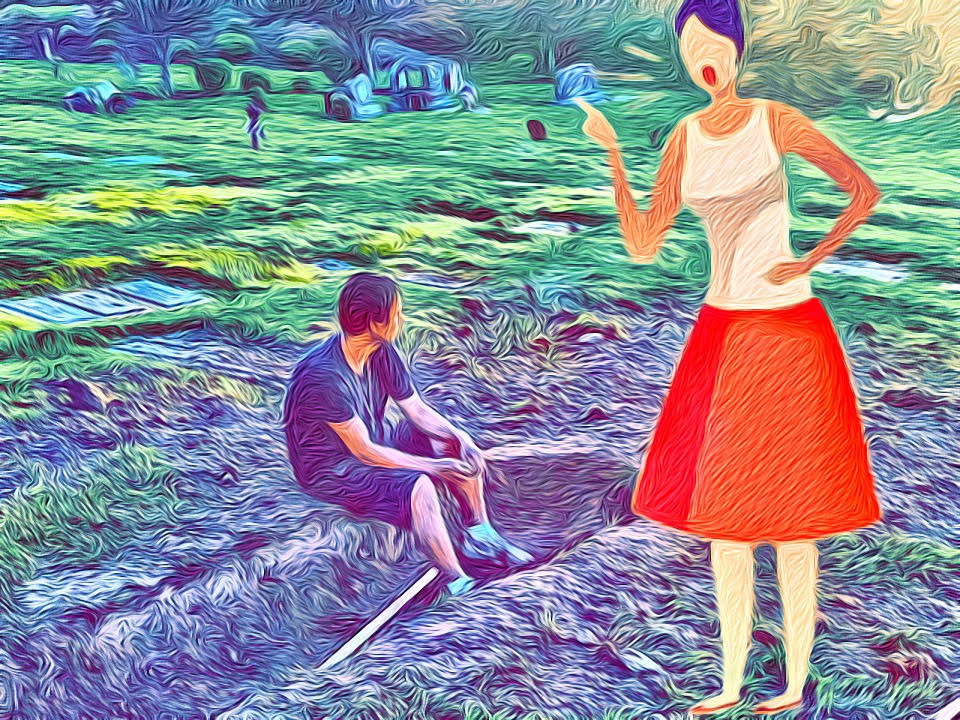 We’ll start with a disclaimer — this story features extreme sexual deviancy. If you’re sensitive to that stuff, we recommend you read about weird spa treatments or something instead.

In the UK, the police arrested an enraged mother in early October who walked into Colindale police station in North London. She was wielding a knife and she was perfectly ready to use it to deadly effect.

The officers manning the station were never in any danger, though. Nevres Kemal, 57, was after the necrophiliac who had raped her daughter Azra’s corpse.

“If I’d found him, I’m 99.99% sure I’d have put that knife straight through his heart, because he’d put a knife through mine,” Kemal told Daily Mail.

Fortunately — or unfortunately, you make up your mind — the target of her fury was not at the station. David Fuller, 67, was at the time sitting in a cell in Belmarsh Prison in southeast London.

Nonetheless, the cops thought the frantic Kemal could put herself or others in danger. It took eight officers to push her down onto the floor, handcuff her, and place her in a cell.

Kemal stayed in that cell for the next 34 hours.

“They kept me there that long because they thought maybe I’d hurt myself,” she recalled.

However, once the cops realized what had happened to Kemal’s daughter, she said their attitudes softened.

“One officer in the custody area was crying as she took my fingerprints, photographs, and DNA,” Kemal said.

Kemal has since been released. The police say they will not take further action against the grieving mother.

Unlawful as Kemal’s intentions were, perhaps they are understandable. After all, her dead daughter had fallen victim to Fuller, who has been revealed to be one of Britain’s most prolific sex offenders.

Azra, 24 at the time, died in the July of 2020. She sustained fatal injuries as she fell from a highway bridge after her car caught on fire.

Devastating as the loss of her daughter was, the tragedy didn’t stop there. As Azra’s corpse lay in the morgue where Fuller worked, he used her to indulge in his perversions on three different occasions.

“They told me the dates, the times, and where Azra was penetrated,” Kemal recalled the day when she was told of Fuller’s crimes.

On one occasion, Kemal had gone to see her daughter the very same day after Fuller had molested her.

“I was kissing my daughter’s mouth and face where he had abused her — and touched her hair and touched her skin. He took her shroud off,” Kemal told through tears during her interview.

Azra’s body has since been cremated. Kemal says she takes some comfort in that, since Fuller’s “vileness has been burnt away.”

Azra isn’t the only person who’s corpse Fuller raped, however. The deviant had worked at hospitals for three decades prior to his arrest in December 2020.

As the investigators found out, his necrophiliac crime spree is just as long. The investigators have found out that Fuller violated at least 100 female corpses — but there are possibly hundreds more.

Fuller wasn’t picky about his victims, either. They range from a 9-year-old girl to a 100-year-old woman.

They know that because the pervert kept a detailed record of his actions. While searching his home, detectives discovered multiple hard drives, CDs, and even floppy disks Fuller had hidden.

On the drives were more than 14 million images of various sex offenses, including footage that showed him engaging necrophilia. Fuller had taken the pictures with a compact digital camera.

Fuller claims he doesn’t know why he took the pictures. Somehow, we’re not buying that.

He was able to conceal his depraved actions for so long since he worked as a hospital maintenance supervisor. As such, he had actual reasons to enter morgues, such as checking and repairing refrigerator units.

“CCTV from the mortuary area shows that when on cameras he carried items or performed actions that would afford a legitimate explanation for his presence,” court records said, according to Sky News.

As to what he did off-camera, we won’t go into. He had carefully planned his actions around work shifts and separate rooms to make sure no one ever walked in on him.

Fuller has confessed to killing Wendy Knell, 25 and Caroline Pierce, 20, in two separate attacks in 1987. Known as the Bedsit Murders, the crimes had so far gone unsolved.

Knell’s boyfriend discovered her naked corpse in a bedsit — a form of one-room rental housing in the UK — in June 1987. Five months later, Fuller kidnapped Pierce outside her bedsit and murdered her before dumping her body in a drain.

Advancements in DNA technology helped the cops get a usable DNA sample off of Pierce’s tights in 2019. The sample turned out to match Fuller.

Additionally, his fingerprints matched one on a bloody plastic bag found in Knell’s room. Fuller didn’t have photos of these murders, but that could be because his archive only went back to 2008.

“David Fuller’s deeply distressing crimes are unlike any other I have encountered in my career and unprecedented in British legal history,” said Libby Clark from the Crown Prosecution Service.

“I have no doubt he would still be offending to this day had it not been for this painstaking investigation and prosecution.”