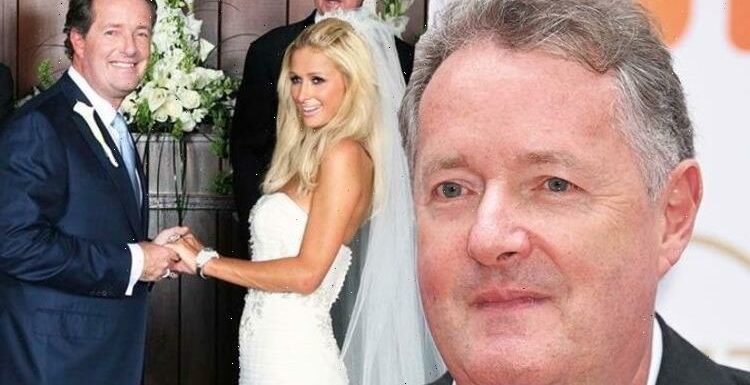 Piers Morgan has sent Paris Hilton a celebratory wedding message, despite ‘technically still being married’ to her.

The broadcaster and the socialite ‘tied the knot’ back in 2009, their service complete with an Elvis impersonator, as part of a TV show to prove how easy it was.

In footage of the ceremony, Piers and Paris could be seen giggling, though just to be clear, and sadly for Piers, the ceremony was not binding.

But despite that salient fact, in the intervening years, Piers hasn’t missed an opportunity to remind her that they shared such a special moment.

Even when congratulating Paris on her marriage to Carter Reum, the 56-year-old couldn’t resist.

Sharing a snap of them both together, he wrote: “Thrilled for @ParisHilton about her wedding, but also a little surprised given we’re still technically married… “

Speaking previously on Good Morning Britain, Piers opened up about their ‘marriage’.

He said: “She’s still my wife, technically. We got married in Vegas for a TV show. True story, there’s video of it.”

“She wore a beautiful bridal gown, brought a dog with her, I got to kiss the bride, we exchanged rings.

“My actual wife was a little bit bemused.”

Susanna asked him: “Does this mean you’re a bigamist?”

“That’s my kind of romance.”

Paris and her now husband reportedly first went public with their relationship in January last year when they attended a Golden Globes after party together.

It’s thought the two had been dating for at least a month before then, with Paris reportedly spending New Year’s Eve with Carter’s family, who say they “adore” her.

“I have gotten the unique opportunity to get to know the real Paris on a daily basis [during the pandemic] just the two of us during these past 15 months and I couldn’t be more excited and lucky to have her as my future wife and partner,” Carter told People.

“She shines with her kindness, work ethic, authenticity and her voice in making the world a better place and she will do the same as a future mother and wife,” he added.