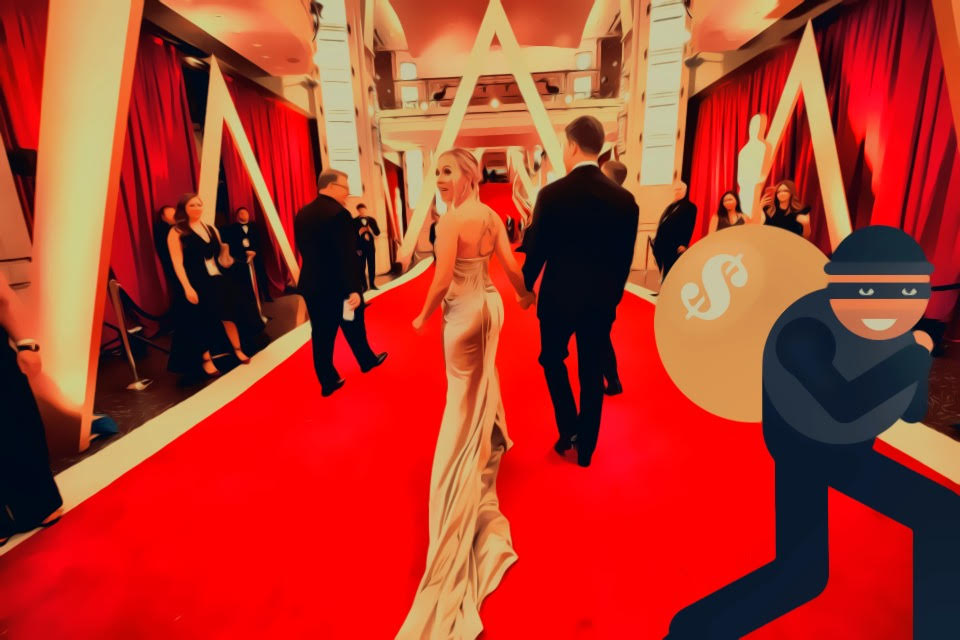 A gang of jewelery thieves have been jailed for a string of burglaries on the homes of celebrities, where they made away with £26 million ($34.9 million) worth of luxury stolen goods.

Police described the thefts as the “highest value series of residential burglaries in UK history.” The men were sentenced to lengthy jail terms on Monday after being convicted at an earlier hearing.

The trio, from Milan, Italy, flew into the UK just days before committing their first burglary, where they stole items worth about £60,000 ($80,600) at an address in the upmarket London borough of Kensington and Chelsea on 1 December 2019, according to London’s Metropolitan Police.

Days later on December 10 they stole £1 million ($1.34 million) of watches and cash from an address in Knightsbridge.

They then targeted a house on Palace Green, where they grabbed items worth more than £26 million, including diamonds, precious stones, watches and cash.

Tamara Ecclestone was among those targeted. Most of the stolen jewelry and watches have not been recovered, authorities said.

Police said that the gang were so meticulous in keeping their identities hidden — paying only in cash, wearing disguises and caps and never walking in a group — that the “three of them individually praised us for working out who they were and locating them.”

From a 13-second clip of grainy CCTV footage showing the burglars creeping through the back garden of the Palace Green property and back out again, police were able to establish a crime scene.

The home of deceased Vichai Srivaddhanaprabha was targeted.The security camera footage showed the group getting into an unknown black taxi during their getaway, which led officers to identify at least 1,007 cabs that were in the area at the time.

Police attempted to trace every single taxi, and it was only in speaking to cab driver 1,004 that they traced the driver who picked the thieves up, and were able to determine a regular route for the gang.”

This story is comparable to what you will see in a Hollywood movie but unfortunately this was real life and involved real victims,” Detective Constable Andrew Payne, from Central Specialist Crime, said in a statement.

‘I feel unsafe in my home’

In victim impact statements, the targets of the burglaries spoke of how the raids had affected them.”I would say that this incident has had a major impact on our general feeling of security, particularly with having a 16 month old baby,” Frank Lampard said. “

The fact that my job means that I travel frequently again raises my concerns. Neither my wife nor I are sleeping too well as a consequence of this incident.”

His wife, Christine Lampard, said she struggled to sleep since the burglary, adding: “I am much more fearful of being alone in my own home, I am less trusting of visitors to the house and feel unsafe in my home. I have a young daughter and feel vulnerable in a home which I had previously always felt safe and happy in.”

Frank Lampard, a football manager and former England player, and television presenter Christine Lampard had items stolen.Meanwhile, the family of the late Srivaddhanaprabha said that their father’s residence had previously been “a place of reflection and to pray.”

“We felt it was the strongest connection to him as he spent his last night there before his death. Since the burglary, our sacred and special connection has been damaged and violated beyond repair,” they added.

Ecclestone, daughter of former Formula 1 chief executive Bernie Ecclestone, said: “I’m so scared I will not leave my daughter alone in the house at night because I just feel like the people I am meant to trust, I don’t, I’m not sure that I can trust anyone.”

“(My daughter) talks about burglars now as well, which is really really hard and that’s the worst part trying to pretend to her nothing actually did happen, and to try to make her feel the house is a safe space,” she added.