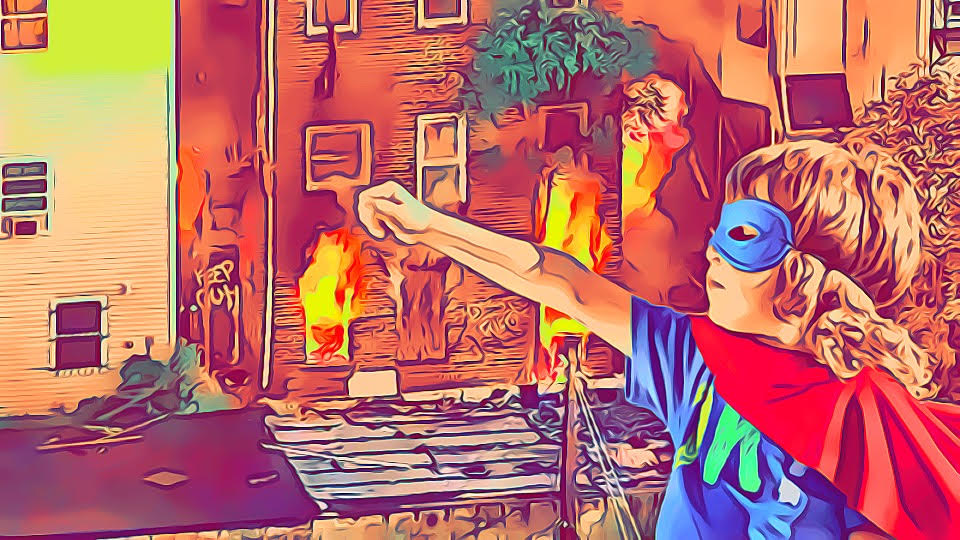 An 11-year-old boy from Oklahoma is being honored for his heroism after he saved a choking classmate and rescued a woman from a house fire in one day.

Davyon Johnson was named an honorary member of both the sheriff’s office and police force, and recognized by the board of education in his hometown of Muskogee, a city about 50 miles southeast of Tulsa.

“Davyon performed the Heimlich maneuver on a classmate on December 9 and that evening helped a woman from her house that was on fire,” the Muskogee County Sheriff’s Office wrote on Facebook last week.

Johnson performed an “abdominal thrust” — also known as the Heimlich maneuver — on a classmate at the 6th & 7th Grade Academy at Ben Franklin, according to the Enid News & Eagle.

Principal Latricia Dawkins told the newspaper that a student was trying to loosen the cap of his water bottle with his mouth when he choked and stumbled into a nearby classroom, where Johnson rushed over to help.

“Davyon immediately sprinted over and did the Heimlich maneuver,” Dawkins said. “From the account of the witnesses, when he did it the bottle cap popped out.”

Johnson told the newspaper he had learned the maneuver on YouTube and encouraged others to learn it in case of emergencies.

Later that same day, Johnson saved a woman from a burning house. He said he saw her on her porch and crossed the street to help her get into her truck and leave.

“I thought ‘Oh, she’s not moving fast enough,'” he told Tulsa’s News on 6. “So I ran across the street and helped her to her truck.”

Dawkins told the News & Eagle that Johnson is well-liked by his classmates and teachers, calling him “a kind soul” and “a dual hero.”

“He has always indicated that he wants to be an EMT,” she said. “So he got to put that desire into action and immediately saved that young man.”