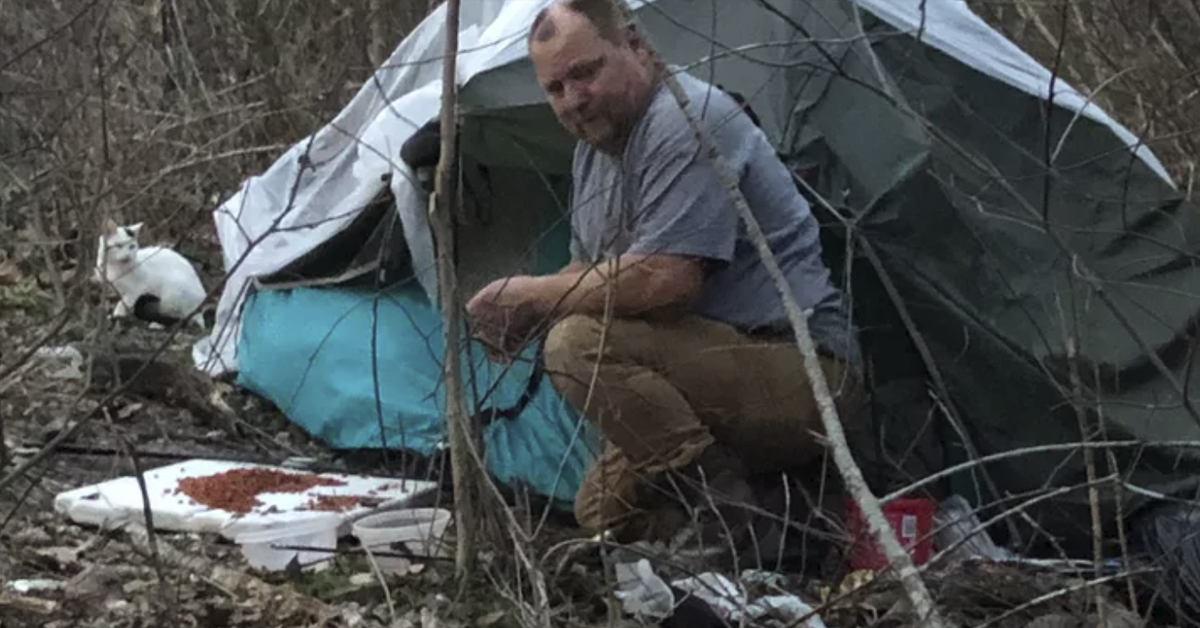 Bob is a man living in Arkansas who tragically lost everything along with his wife Donna in the pandemic.

When the pandemic hit, Bob’s job in construction was in jeopardy as work had stopped. His wife Donna had also been unable to work after being diagnosed with a painful condition called Cervical Dystonia.

Donna’s Cervical Dystonia causes the muscles in her neck to contract, and twists her head to the side.

After Donna lost her job and Bob didn’t have any work coming in, they began receiving eviction notices from their landlord.

Although Bob pleaded with his landlord to give him more time to come up with rent money, his landlord evicted him while Donna was in the hospital getting sicker by the day.

Bob found out after he came home from spending time with Donna in the hospital one day to find that he was completely locked out of his place, and everything that he and Donna owned was still inside their home.

“With his wife still sick in the hospital and their car broken down bob had no way to haul their stuff out of the trailer and no where to take it,” Bob’s dear family friend Camry Green wrote on a GoFundMe.

“Shortly after being locked out of the trailer and trying to get the landlords to wait on demolishing till they could get a way to haul off their stuff the landlords while bob was gone visiting his wife in the hospital proceeded to tear down their trailer and destroyed everything they had.”