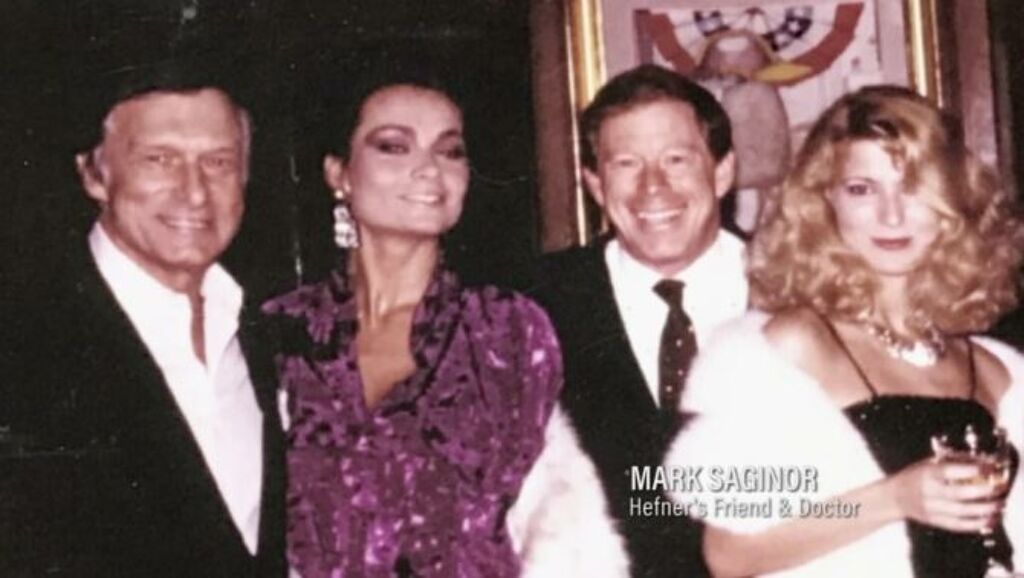 A&E released its latest documentary deep-dive Secrets of Playboy earlier this week. Among the show’s most surprising revelations: Hugh Hefner had a long-term sexual relationship with another man, Dr. Mark Saginor, according to two separate sources.

Saginor and Hefner had a much-publicized friendship that spanned more than four decades. Now, Saginor’s daughter Jennifer–who grew up living in the Playboy Mansion with her father and Hefner–and Hefner’s one-time girlfriend Sondra Theodore both confirm the two were more than just friends.

“My father, Mark Saginor, was Hugh Hefner’s best friend and doctor for about 40 years. Their friendship was like, next level,” Jennifer explains in the documentary series. “They were just soulmates. All the girls would sort of come and go over the years, but they remained constants.”

Jennifer describes the relationship as “more than just best friends” and “a spiritual connection that I don’t believe any of these wives or girlfriends could ever compete against.”

Jennifer says the relationship began when she was a kid and caused her father to distance himself from his family.

“Over the years my father really gave up his family life, his practice, to be with [Heffner],” she says. “I don’t know many men who would just basically give up their own life and then move into some other man’s house.”

“It’s my personal belief that the love of Hef’s life was my father.”

Jennifer’s claim also received a surprising corroboration in the show, that of Sondra Theodore, Hefner’s girlfriend from 1976 to 1981. She, too, knew that Hefner and Saginor were deeply in love.

“Mark became Hef’s best friend,” she says. “They took things really far. They became more than best friends.” When asked point-blank if they were lovers, she also didn’t hold back. “Yeah. Yeah, they became that,” she confirmed.

That said, Hefner never claimed to have more than passing experimentation with other men.

Both Jennifer Saginor and Sondra Theodore have now confirmed Hefner and Dr. Saginor’s longtime relationship. Their relationship became somewhat strained in the 2000s after Saginor faced charges of sexual misconduct and had his medical license suspended for a time.

They continued their relationship in secret, however, and spent more time together in the years leading up to Hefner’s death in 2017. In fact, according to Jennifer, the two spent Hef’s final days together.

“When Hef was passing, the one that was by his side, in the end, was my father,” she says.

Dr. Mark Saginor is still alive, though retired. Here’s hoping one day he shares his own story about his wild nights with Hugh.