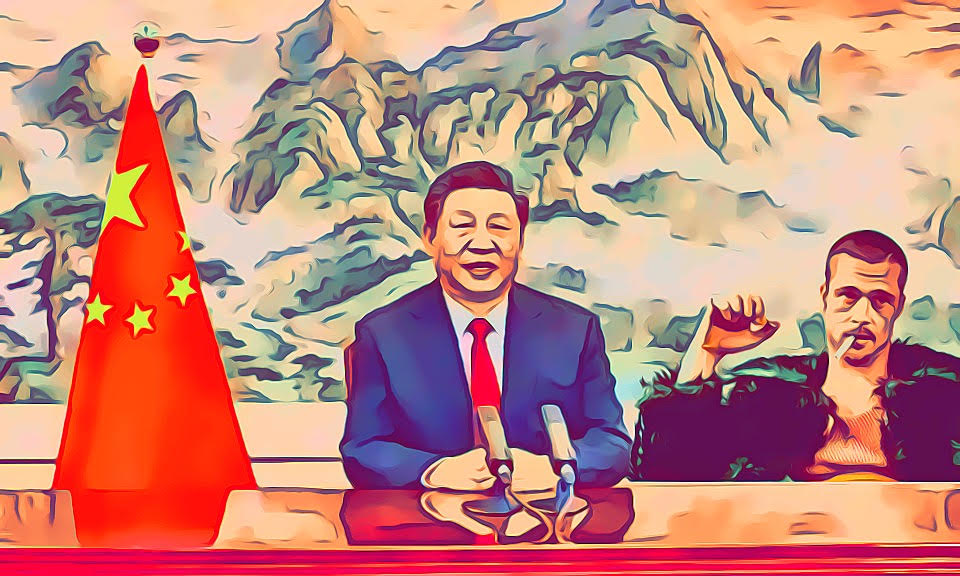 However, a version of the film released in China shows a terse message that says all criminals were apprehended and the authorities won. The version ends just before the explosions and a message says the police arrested the criminals and sent Durden to a “lunatic asylum”.

While it’s unknown how or when the change was made, according to a report in CNN, it’s not unusual for foreign films to be heavily censored before finding a legitimate home in China. In addition, Chinese firms that own the rights to overseas films in the country frequently self-censor before releasing them to the general public to placate regulators.

The changes to the Fight Club ending, though, have triggered a firestorm on social media and viewers are outraged, including those who have seen the original previously. But some are also laughing off and mocking the Chinese attempt at censorship.

Chuck Palahniuk, the author of the 1996 novel of the same name on which the movie is based, said on Twitter, “This is SUPER wonderful! Everyone gets a happy ending in China!”

The Chinese move appeared to have inspired a lot of people to create their own endings of Fight Club. For instance, British comedian and film-maker Matthew Highton shared his version.

The edited version is now streaming on popular Chinese streaming platform Tencent Video. According to the version, the Chinese publisher of Fight Club is Pacific Audio & Video Co., a company based in the city of Guangzhou. CNN reported it is affiliated with state-owned Guangdong Radio and Television.

But this was not the first time Fight Club was being shown in China. It was shown at the Shanghai International Film Festival in 2006. The same festival screened the movie again in 2017.