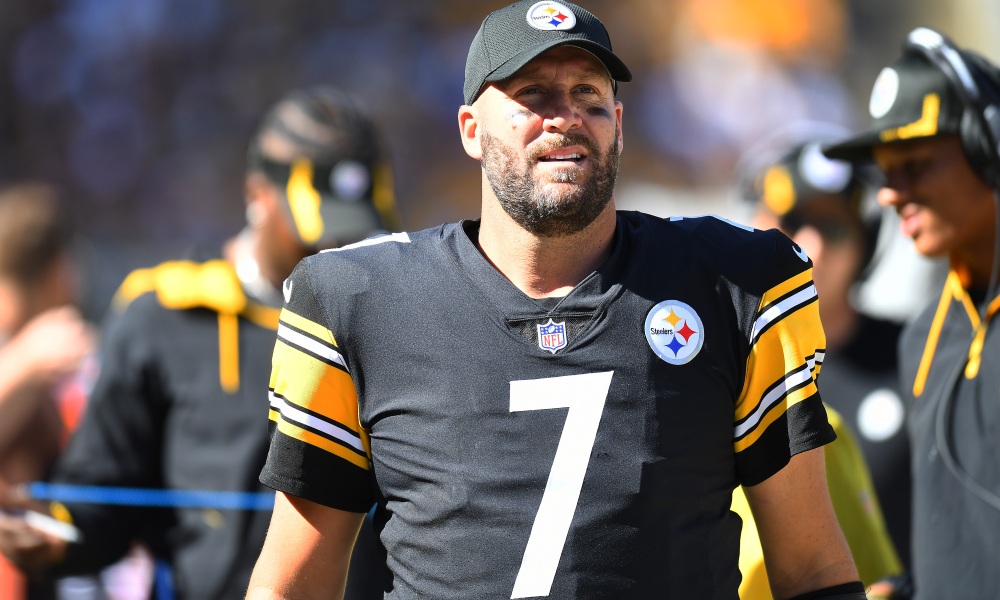 Nearly two weeks after a season-ending loss to the Kansas City Chiefs in the wild-card round of the AFC playoffs, Ben Roethlisberger confirmed what others had reported and he had indicated was coming: His NFL playing career is over.

The Pittsburgh Steelers quarterback officially announced his retirement Thursday in a social media post, bringing to an end an 18-year career – the longest of any quarterback who played with only one team – that included two Super Bowl titles and six Pro Bowl selections.

“The time has come to clean out my locker, hang up my cleats, and continue to be all I can be to my wife and children,” Roethlisberger said in the video. “I retire from football a truly grateful man.”

Roethlisberger had made no secret of his plans in recent weeks, saying in the lead-up to a Week 17 matchup with the Cleveland Browns that the game was likely his last at Heinz Field. Steelers fans rained down chants of “Let’s go, Ben” and “Thank you, Ben” from pregame until well after the 26-14 victory, after which he took a lap to thank those in the crowd who had stayed.

His season was extended, however, when the Steelers made an unlikely run to the playoffs after beating the Baltimore Ravens in the regular-season finale and receiving help elsewhere in the AFC.

Roethlisberger finishes his career ranked fifth in NFL history with 64,088 passing yards and eighth in touchdown passes with 418.

The No. 11 overall pick out of Miami (Ohio) in the 2004 NFL draft behind fellow mainstay signal-callers Eli Manning and Philip Rivers, Roethlisberger was pushed into action quickly as a rookie due to injuries and started in the third week of his inaugural campaign. He went on to win all 13 games as a starter that season, claiming Offensive Rookie of the Year and pushing Pittsburgh to a 15-1 mark before it would fall in the AFC championship game.

The following season, Roethlisberger won his first Super Bowl when the Steelers defeated the Seattle Seahawks. He won his second title in 2008, authoring one of the most storied moments in Super Bowl history when he found wide receiver Santonio Holmes in the back of the end zone for a toe-tapping touchdown in the final minute.

In March 2010, Roethlisberger was accused of sexual assault by a 20-year-old college student at a Georgia bar. Prosecutors declined to file charges, but NFL Commissioner Roger Goodell suspended the quarterback under the league’s personal conduct policy. An initial ban of six games was later reduced to four.

Roethlisberger faced a civil lawsuit the previous July from a Nevada hotel employee who accused him of rape. The two settled in January 2012.

After serving his suspension, Roethlisberger made another trip to the Super Bowl in the 2010 season, but the Steelers fell to the Green Bay Packers, and the quarterback would not reach that stage again for the rest of his career.

After missing several games throughout his career due to injury, Roethlisberger would suffer his most serious ailment in 2019, when an elbow injury sustained in Week 2 against the Seahawks would necessitate season-ending surgery. He returned the following year and led Pittsburgh to an 11-0 start, but the Steelers would lose four of their final five regular-season contests before falling in the wild-card round to the Cleveland Browns.

Roethlisberger accepted a pay cut to return to the Steelers in 2021, but his efficacy waned as he struggled to push the ball downfield and repeatedly settled for checkdowns. He posted the lowest yards per attempt (6.2) of any season in his career, save for the injury-shortened 2019 campaign. Against the Chiefs, his 24 first-half passing yards represented the second-lowest total for any game in his career.

Pittsburgh now enters the offseason needing a new starting quarterback for the first time under coach Mike Tomlin and general manager Kevin Colbert, the latter of whom is expected to retire after this year’s draft, according to multiple reports. Mason Rudolph, who is under contract through 2022, has served as Roethlisberger’s back-up for the last three years, starting 10 games in that span. Dwayne Haskins is set to be a restricted free agent.

“It’s been an honor and a pleasure,” Tomlin said of Roethlisberger’s career on Sunday night. “I don’t have the words.”