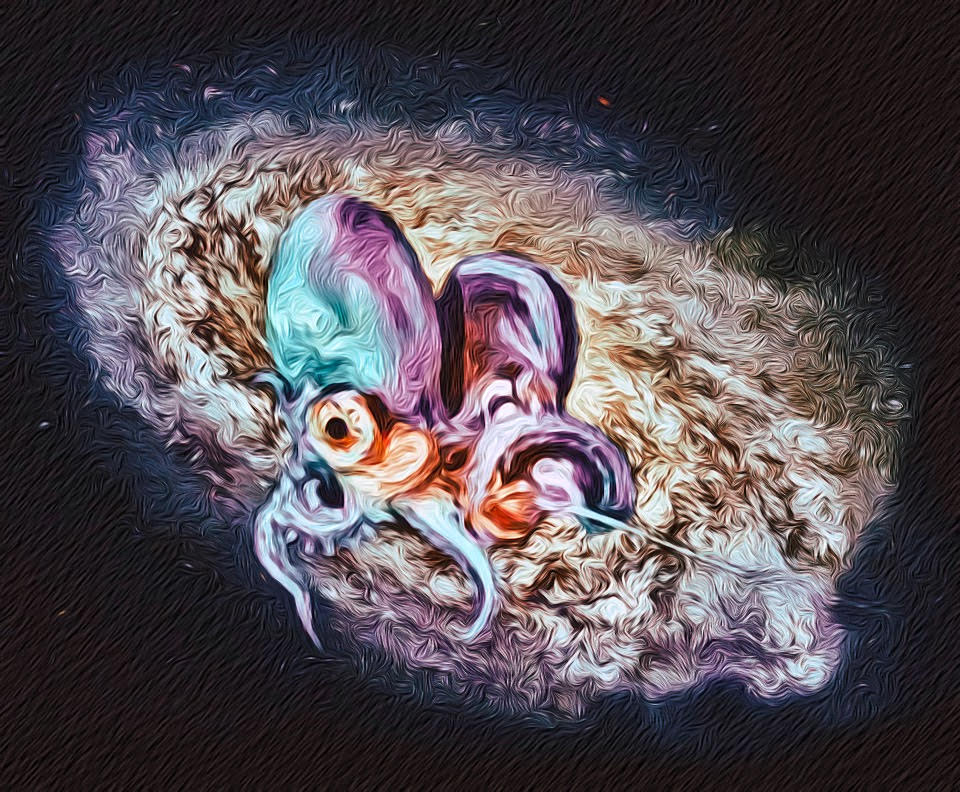 Octopuses are from space. I know, that sounds like the opening line of a cheesy science fiction movie from the black and white days of Hollywood. But it’s actually the main part of the argument behind a research paper published in an actual peer-reviewed journal. The paper was published in the journal Progress in Biophysics and Molecular Biology. Titled Cause of the Cambrian Explosion – Terrestrial or Cosmic?, the paper digs deep into the origin of life on Earth.

As a result, it posits that life began thanks to a rain of retroviruses, which literally fell from space. Those retroviruses then added new DNA sequences to terrestrial genomes, which the paper says further drove mutagenic change.

Where things start to get really interesting, though, is when the paper starts to discuss the arrival of cephalopods. The paper itself claims that certain cephalopods like octopuses, squid, and others arrived on the planet by falling from space, frozen in a kind of stasis.

“Thus the possibility that cryopreserved squid and/or octopus eggs, arrived in icy bolides several hundred million years ago should not be discounted,” the paper reads. The authors of the paper say that the octopus and other creatures benefit from biological features that appear to have been derived from “some type of pre-existence.”

The idea that life originated beyond Earth isn’t exactly a new one. As Stephen Fleischfresser points out in a post about the paper from 2018, the theory of panspermia has been around since Ancient Greece. However, this is perhaps one of the first times that we’ve seen scientists claiming that octopuses are from space.

It is, honestly, an exciting idea, that octopuses are from space. After all, there’s still a lot that we don’t know about the origin of life. Or even whether life exists beyond our own planet. Sure, we’re slowly discovering more about the universe. But this paper fails to put itself above any of the other theories we have out there.

Keith Baverstock, a medical researcher with the University of Eastern Finland, reviewed the paper. In his review, Baverstock stated that there is indeed a lot of evidence that makes the thesis plausible. However, he said that this isn’t how science advances. Because so much of the evidence is not definitive, this thesis only adds to the mystery surrounding the origin of life. In fact, nothing in the paper’s summary really helps us better understand the history of life on our planet. It only adds more conjectures to the already overflowing pot of theories that science has birthed over the years. (via ScienceAlert)

Still, there’s something interesting about the possibility that octopuses are from space. Sure, it might sound crazy, but the authors of this paper have presented a lot of interesting evidence for other scientists to mull over. Of course, it’s going to take a lot to actually prove it, too. And, singling out one specific group of animals could be making the focus far too narrow to actually prove anything. For now, all we can do is look back at the paper and watch to see what other evidence these scientists might bring forward in the future.