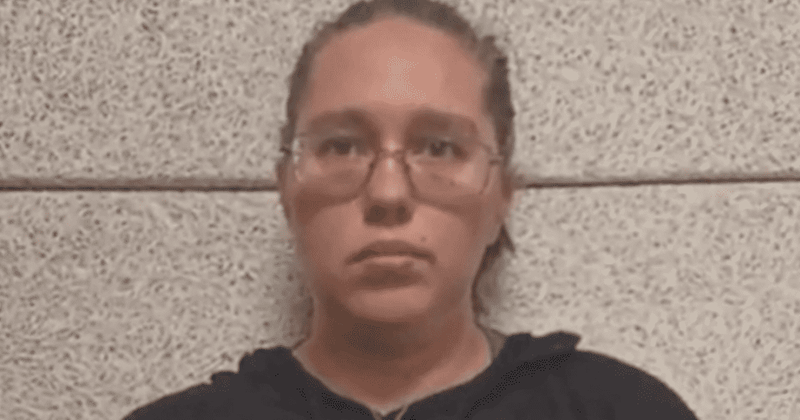 Ashten Kalli Teets, 29, was charged for abusing her 1-month-old son after getting caught on the hospital CCTV camera. She was arrested by the Charleston Police authorities on Friday, February 11 and has been put behind the bars for her inhumane act against her own child.

The Charleston woman was caught shoving her fingers down the infant’s throat on multiple occasions in one day in order to get him to vomit. Security cameras at the Charleston Area Medical Center caught Teets abusing her son and that actually helped the hospital authorities to contact the police and rescue the child from his mother.

The infant was shifted to CAMS just a few days earlier. “We are very thankful that CAMC was on top of it and reported it quickly so we could make the arrest,” said Charleston Police Lt Tony Hazelett. According to Hazelett, police believe this is a medical child abuse case of Munchausen syndrome by proxy.

The infant had previously been at Ruby Memorial Hospital in Morgantown. The hospital reported that the boy gained weight when his mother was assisted during feeding.

However, when the baby and mom are left alone, the baby couldn’t keep the weight on. Initially, this led to suspicions against the mother, and the security cameras proved that all those suspicions were true. Teets was soon reported to Child Protective Services for possible abuse.

Later, Teets shifted her son to CAMC against Ruby Memorial’s advice. The hospital warned the staff at CAMC about the mother’s strange behavior. The same incidents began happening again so police were notified and cameras were set up in the infant’s room.

The surveillance system captured Teets “shoving her fingers in the 6-week-old’s mouth deep enough causing the child to vomit on three separate occasions in a 24-hour period,” read a criminal complaint filed in Kanawha County Magistrate Court. “After viewing surveillance footage, medical staff believed the acts of making the child vomit could create long-term/short-term deterioration of the child’s physical condition.”

Teets currently suffers from Munchausen syndrome by proxy (MSBP). MSBP is a mental health problem in which a caregiver fabricates or causes illness or injury in a person under their care – usually a child, an elderly adult, or a person who has a disability.

Teets was charged with child abuse causing injury by the Charleston Police. She is currently detained at the South Central Regional Jail on a $10,000 property or 10 percent cash bond. However, she has no criminal record and has another child that is three years old. The case is being investigated by the Charleston Police Department and Child Protective Services. Further updates on the investigation and penalties against Teets are yet to come.