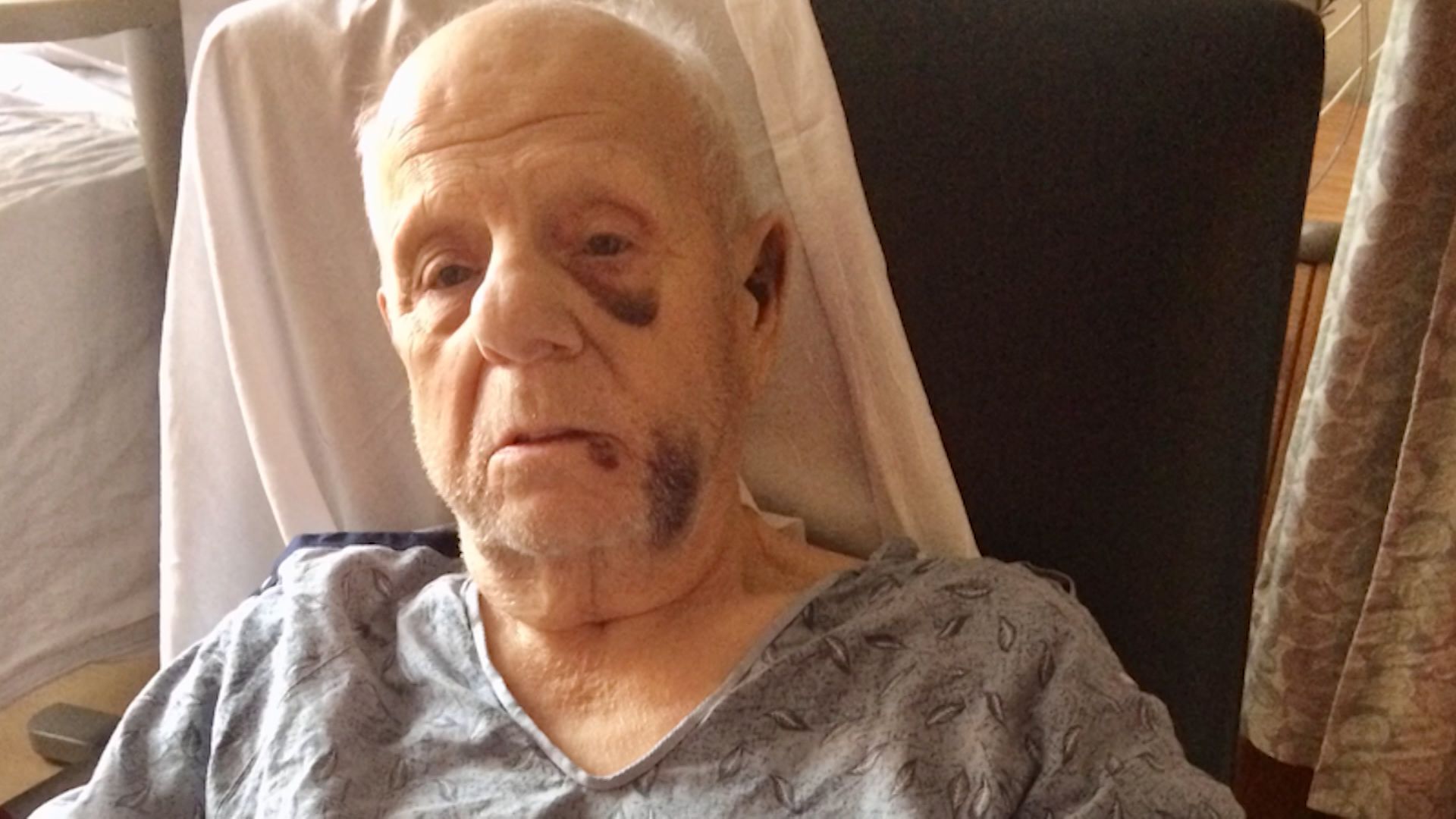 An 83-year-old grandfather is speaking out after surviving a brutal attack from a group of dirt bike riders last November.

“I feel I’m lucky to be alive,” Richard Bell told Inside Edition.

Bell was on his way to the supermarket in suburban Boston when he stopped at a stop sign. Suddenly, he found himself surrounded by a mob of dirt bike riders, who began attacking the car and him.

“That’s when one of the bikes ran into me. Then somebody else smashed the window,” Bell said.

Cops released surveillance video of the suspected bikers from the incident, which took place while Bell was on his way to buy a Thanksgiving turkey. When he tried to escape, he was chased for over two miles.

“The nightmare was to see this man coming back with a pipe, smashing my windows,” Bell said.

Bell endured blow after blow, and his arms were bruised in the attack.

“Well I’m getting hit by him, a brick comes through this window,” Bell said.

Bell managed to pull into a gas station, where he collapsed. His daughter Christy raced to his side at the hospital.

“It breaks my heart, still, to know what he went through,” Christy said.

The father and daughter are aware they’re not alone. Gangs on dirt bikes have surrounded and terrorized other motorists.

Bell wonders if his assailants were the same ones who pulled a mom out of her car last August after she honked her horn at them in Providence, Rhode Island, in front of her 8-year-old daughter.

The attacks are random, and they are frightening to experience, as Bell knows first hand.

Bell and his daughter are now calling for a law requiring all off-road vehicles, like ATVs and dirt bikes be licensed.