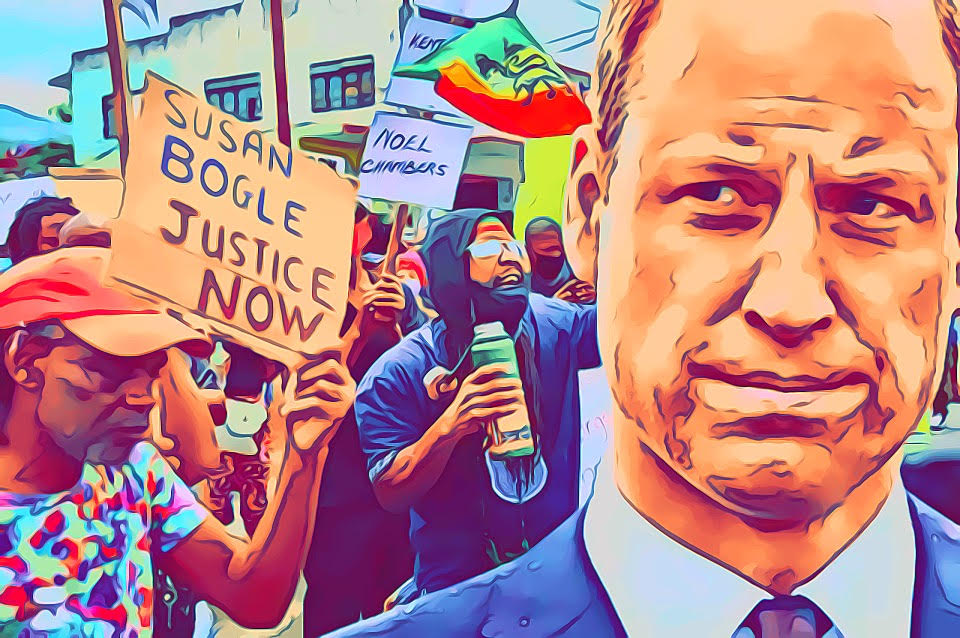 Prince William and Kate Middleton will reportedly face another protest as their Caribbean tour takes them to Jamaica this week.

According to The Independent, a protest calling for slavery reparations has been scheduled in Jamaica’s capital city of Kingston. As the country marks its 60th anniversary of independence, a planned demonstration is due to take place on Tuesday — the same day the Duke and Duchess of Cambridge arrive in Jamaica for a series of outings in honor of Queen Elizabeth‘s Platinum Jubilee year.

The protest has reportedly been arranged by the Advocates Network, a human rights coalition of Jamaican activists and equalities organizations. The coalition has also written an open letter signed by major figures in Jamaica calling for the British monarchy to pay slave reparations.

We will not participate in your Platinum Jubilee celebration!” the letter states, according to The Independent.

“We see no reason to celebrate 70 years of the ascension of your grandmother to the British throne because her leadership, and that of her predecessors, has perpetuated the greatest human rights tragedy in the history of humankind.

“We are of the view that an apology for British crimes against humanity, including but not limited to, the exploitation of the indigenous people of Jamaica, the transatlantic trafficking of Africans, the enslavement of Africans, indentureship and colonisation is necessary to begin a process of healing, forgiveness, reconciliation and compensation.”

Co-organizer Nora Blake told The Independent: “It is important as we turn 60 years old as an independent nation that we stand as ‘adults’ on solid ethical, moral and human justice grounds to say to Britain, who was once our “parent,” that you have done wrong in enriching yourselves off of chattel slavery and colonialism.”

“Morally this requires an apology, and it is only just that reparations be made. Many precedents have been set for this,” she continued. “Today we are setting the conversation of our future generations, for them to have something to build a brighter future.”

The protest will reportedly take place outside the British High Commission in Kingston. William and Kate will arrive in Jamaica on Tuesday and depart for their next tour stop in the Bahamas on Thursday.

Over the weekend, William and Kate were forced to cancel one of the first stops during their visit to Belize after protests broke out ahead of the couple’s arrival.

The Duke and Duchess of Cambridge had planned to visit a cocoa farm in the foothills of the Maya Mountains in Belize on Sunday, but that was canceled after villagers staged a protest about colonialism and the use of a football field by the royals for landing their helicopter.

Villagers in Indian Creek were photographed on Friday with signs saying, “Prince William leave our land.”

PEOPLE understands that William, Kate and their staff wanted to continue with their planned visit to the sustainable farm in the foothills of the Maya Mountains and talk to the indigenous people, but the local Belizian authorities advised against it. The couple visited another nearby cocoa farm instead.

The dispute highlights the sensitivities that continue across the region stemming from the U.K.’s history of colonialism. The three countries that the couple is visiting — Jamaica, the Bahamas and Belize — all have Queen Elizabeth as head of state. But fellow Caribbean country Barbados recently dropped the Queen, 95, as head of state — and there are rumblings of republicanism in Jamaica, too.

In November, Prince Charles denounced the “atrocity of slavery” and Britain’s grim legacy of the slave trade as Barbados removed the Queen as head of state and swore in its first president.

In a speech at Barbados’ transition ceremony, the prince referenced the darkest period of Britain’s colonial past, which saw the trafficking of people from Africa to Barbados and the Caribbean.

“From the darkest days of our past, and the appalling atrocity of slavery, which forever stains our history, the people of this island forged their path with extraordinary fortitude,” he said.

One thought on “William and Kate get Protested in Jamaica”