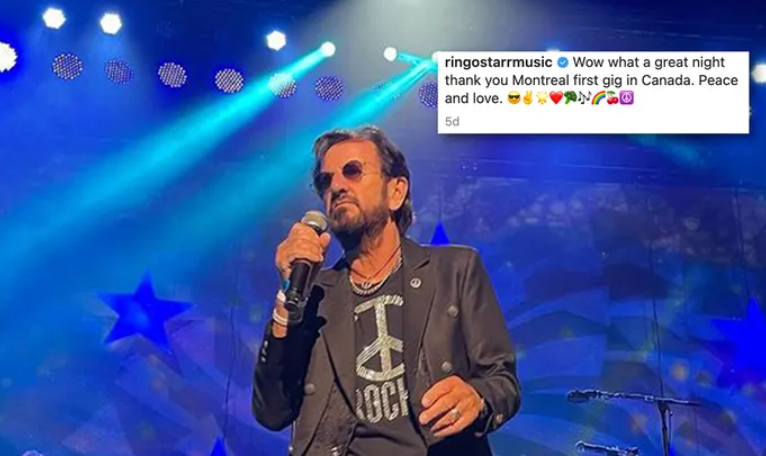 Ringo Starr and his All-Starr Band did not hit the stage Saturday night, because the famed drummer has fallen ill.

The plug was pulled at the Four Winds Casino in New Buffalo, Michigan after the 82-year-old former Beatle realized he could not perform. Whatever he has, it affected his voice, so just a few hours before the scheduled show … it was canceled.

The Ringo Starr and His All Starr Band concert scheduled for 8 pm Sun. 10/2/22 in the Mystic Showroom has been postponed. Ringo is sick and was hoping to be able to perform, hence the late notice, but it has affected his voice. Ringo does not have COVID-19. pic.twitter.com/Es3BsM0HWX

The band spokesperson said Ringo does not have COVID, but did not say what was ailing him.

There seems to be some hope the concert could be rescheduled, which is good news on the health front. Promoters did say people could get a refund if they wanted.

The fans who showed up for the concert did not get a reason for the cancelation … just that it wasn’t gonna happen.

One of the concertgoers tells TMZ, he went to the Four Winds Casino management and pressed them as to why the show was a no-go, and was told Ringo was ill but would not go further.

Ringo and the band also had a show scheduled for Sunday night in Prior Lake, Minnesota … that has now been postponed.

One thought on “Ringo Starr Falls Ill and Cancels Concert”