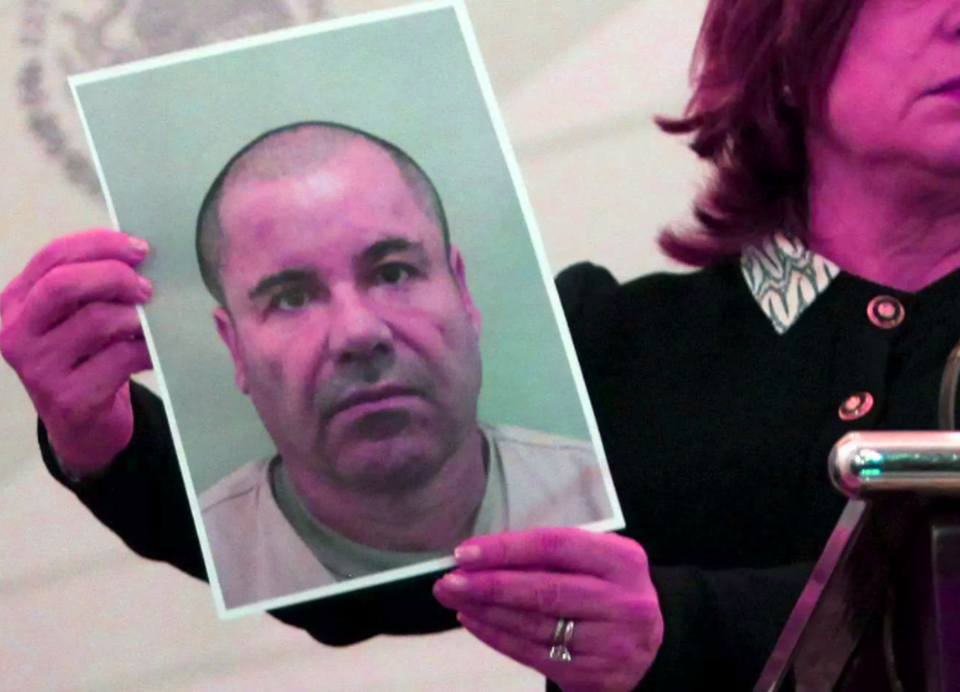 Ciudad Juarez, México — Five years after being extradited to the US, Mexican drug lord Joaquín “El Chapo” Guzmán is pointing fingers at what he says are the real powers behind the drug trade on both sides of the border.

Through his attorney, Mariel Colón, one of the few people allowed to have regular contact with him, Guzmán said that for the drug war to stop, authorities would have to go after “politicians on both sides of the border.”

“For years, authorities have put away these alleged leaders but it is not serving any purpose, but if you go after politicians that are allowing this to happen, it’s a different thing,” Colón told Insider. “That’s what he has expressed before. That’s what he thinks.”

Guzmán is aware that he may just be a political instrument for the US and Mexican governments, Colón said.

“Every new US president has his trophy. With Trump [it] was Chapo. After him, Biden has his trophy as well,” Colón added. “It’s always been just politics.”

In 2019, Guzmán, who is now believed to be 65, was sentenced to life in prison on multiple drug-related charges. Since then, he has been held in solitary confinement at ADX Florence, a “supermax” facility in Colorado regarded as the US’s most secure prison.

Guzmán receives only one hour outside a day and is only allowed 15 minutes of phone calls a month with three people previously vetted by the US government: his mother, one of his sisters, and his youngest child.

“Guzmán has been in complete isolation. He had no access to any recreational area or access to any other area around the prison other than his cell,” Colón said.

In 2020, his legal team submitted an appeal complaining that he faced “inhumane conditions,” which was dismissed by a federal judge. Guzmán’s treatment, which his attorneys say is “torture” and the result of a “political vendetta,” has not changed.

US authorities said the security measures are meant to prevent Guzmán from escaping or engaging in illegal activity, but even with Guzmán behind bars since his capture in January 2016, business has been booming for the Sinaloa Cartel.

Seizures of other drugs in the US have also risen over that period — a trend that experts say shows the flaw of focusing on the capture of cartel leaders, as US and Mexican authorities have done for decades.

Jesus “El Rey” Zambada, the youngest brother of Sinaloa Cartel drug boss Ismael “El Mayo” Zambada, alleged on the witness stand that “the real leaders” of the cartel were Mexican government officials and US law enforcement.

Zambada pointed specifically to Genaro García Luna, who was Mexico’s secretary of public security from 2006 to 2012. García Luna was arrested in the US in December 2019 and accused of taking bribes from the Sinaloa Cartel.

García Luna has pleaded not guilty. His trial was supposed to start in October this year but was delayed until January 2023 at the request of his lawyers.

García Luna is accused of accepting millions of dollars to allow Guzmán to “operate with impunity in Mexico” for more than a decade, according to the US Justice Department. At the same time, Garciá Luna was allegedly making deals with high-ranking officials inside top US national-security and law-enforcement agencies.

In October 2020, Salvador Cienfuegos, Mexico’s defense minister from 2012 to 2018, was arrested as he arrived in Los Angeles on a flight from Mexico City.

Cienfuegos pleaded not guilty at his first hearing, and in a surprise move, US prosecutors dropped the charges against him after negotiations with the Mexican government. The ex-general was sent back to Mexico and released.

García Luna and Cienfuegos have not been convicted, but a cartel enforcer in the Mexican border city of Ciudad Juárez has said Guzmán’s accusations are not far from reality.

In an October 2016 interview with Mexican newspaper El Universal, the mid-level boss in La Línea, the armed wing of the Juárez Cartel, said several US border agents were on their payroll.

“The agents are bought,” the enforcer said at the time.

As of 2016, the Center for Investigative Reporting documented 153 cases of corruption investigations targeting US border officers, the majority of them members of US Customs and Border Protection.

Drug trafficking was the most common offense, followed by bribery and human smuggling, and the vast majority of the cases cited by the CIR involved agents with 10 or fewer years of service. Most of the incidents were in Texas, followed by California and Arizona.