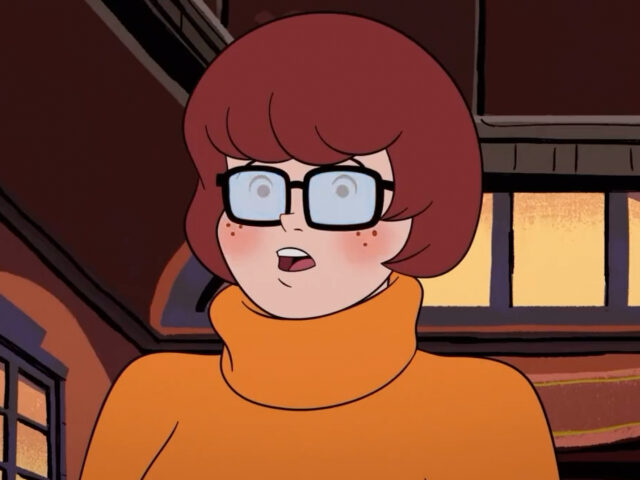 After years of speculation from some fans, clips from a new Scooby-Doo movie appear to confirm their thoughts: Velma likes girls.

The new popular cartoon franchise movie is slated to debut on Cartoon Network on Oct. 14. It will be released on DVD on October 18.

In one scene making rounds on social media, Velma’s glasses fog up and her cheeks redden as she fawns over Coco. “Jinkies,” Velma says – her classic tag line. She flirts with Coco throughout the movie, clearly smitten.

In another scene, the character Daphne teases about convicted felons being Velma’s type.

“Oh, who am I kidding? I’m crushing big-time, Daphne! What do I do? What do I say?” Velma responds.

A tweet reading “OMG LESBIAN VELMA FINALLY CANON CANON IN THE MOVIES LETS GOOOOOO” accompanying a clip in which Velma first sees Coco had garnered nearly 230,000 likes as of Wednesday.

“Velma from Scooby-Doo is gay!!!! this makes me so happy omgggg,” tweeted @jenjjun.

“Velma is obviously bi not lesbian,” @LovinRainbow tweeted. “She dated Shaggy and she was super into Johnny Bravo and that guy in Scooby Doo 2 Monsters Unleashed and more

I love everyone in the comments here defending Daphne.
After she ditched the danger-prone damsel title of the original original, she’s everyone’s girl power hero and I love that for all of us. https://t.co/2JyzT5VVmJ

Meanwhile, some fans expressed disappointment in the special:

“The scene is entirely subversive and meant to condition young girls away from biblical teaching,” Twitter user @TheRealChrisCCI posted on Wednesday.

The movie’s director Audie Harrison, told NPR this week the fan reaction came as a surprise.

“It honestly did not occur to (me) that we were doing something so groundbreaking until right now,” he told the outlet. “While writing and directing this, I just set out to have fun with the comedy of an awkward teenage crush.”

Velma as a lesbian in Scooby-Doo was supposed to be an inside joke for the mature fans, not out in the open to confuse the children. Stop the grooming!

“I actually thought it was a bigger deal for Velma’s character that she is in love with the villain of the movie,” he said. The fact that she is a girl is just… well, a fact. That being said, it does feel great to be a part of normalizing representation, especially with such a well-known franchise like Scooby-Doo!”

Director and screenwriter James Gunn said he tried to make Velma gay in his 2002 live-action “Scooby-Doo” remake, but Warner Bros. pushed back.

In response to a fan’s tweet hoping for a third installment of the early 2000s films starring Sarah Michelle Gellar, Freddie Prinze Jr., Linda Cardellini and Matthew Lillard, Gunn said his first script draft included scenes that made it clear the orange-clad, glasses wearing Velma (Cardellini) was a lesbian.

“In 2001 Velma was explicitly gay in my initial script,” he said in July 2020. “But the studio just kept watering it down & watering it down, becoming ambiguous (the version shot), then nothing (the released version) & finally having a boyfriend (the sequel).”

Gunn said his first draft included scenes where she serenaded and kissed Daphne (Sarah Michelle Geller), both of which were filmed but cut from the final version.