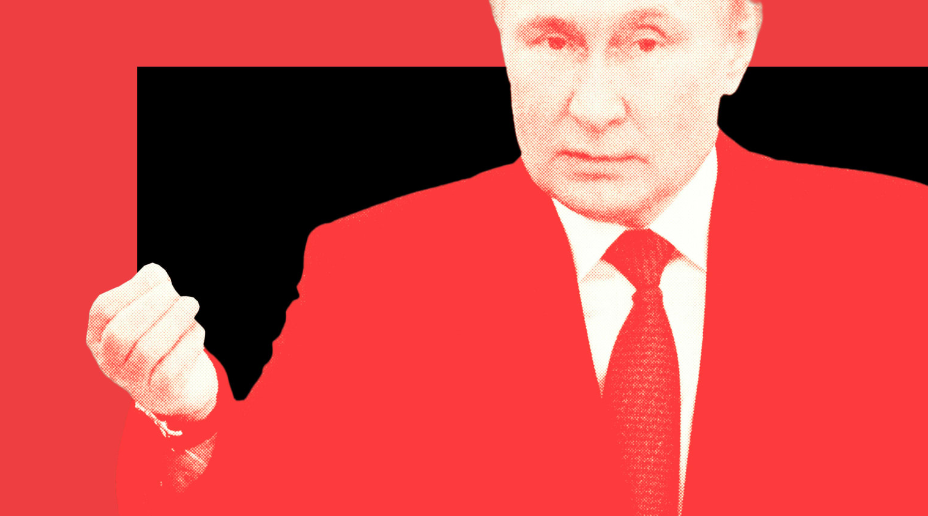 “Those who are with us will be fine, and the rest we will kill,” said one of Vladimir Putin’s most prominent mouthpieces while promoting his idea on Russian state television.

Russia’s ill-fated invasion of Ukraine is coming apart at the seams, and top Kremlin propagandists are unraveling right along with it. In the absence of good news from the front, Putin’s regime is promoting other ideas on how to deal with the self-inflicted disaster.

Prominent experts routinely featured on Kremlin-controlled state television roundly reject the mere idea of negotiations, and none of them dare suggest Russia’s withdrawal from Ukraine in order to end the war. Instead, they’re doubling down—and proposing to kill leading Westerners in charge of helping Ukraine defend itself from the Russian invasion.

Appearing on the state TV show The Evening With Vladimir Solovyov Tuesday night, Yevgeny Satanovsky—one of Russia’s most prominent pro-Putin propagandists—proposed a deadly solution. Solovyov cut to the chase, asking Satanovsky: “How do we win? How should we react to the Americans? What should Russia do?”

Satanovsky, who serves as the president of Russia’s Institute of the Middle East after heading the Russian Jewish Congress, replied, “Russia is what it is, in terms of a nation. We’ll continue to be the way we are. Those who are with us will be fine, and the rest we will kill… Acting against us is a relatively small group that is in charge of this camp—they are menacing and fear nothing. Since Gorbachev’s time, once we started to play by their rules, they stopped fearing us. This is the main factor.”

Solovyov questioned whether he meant that the approximately 1.5 billion NATO-affiliated people of the world should be massacred. Satanovsky elaborated: “There aren’t 1.5 billion people directing the process from the other side, but about one to two hundred. They should realize that if push comes to shove, that means the end of them, personally… You’re aware that I know these people. I know all of them. I’ve seen them all. Only the understanding that they’re personally facing the end… only that will have an effect on those people.”

Satanovsky confirmed having drafted a list of such names, and Solovyov promptly dubbed it “The Satanovsky List.” The pundit surmised: “In the Book of Life, we also create entries for ourselves. ‘The Satanovsky List’? Perhaps. We should be doing these sorts of things, because any attempt to negotiate with [Volodymyr] Zelensky or Biden would be like making a deal with your killer.”

Satanovsky said he gets enraged when people suggest that peace is better than war. “No, peace is not better. There will be no peace. The goal of these people is for our country not to exist, for the people who live here not to exist and even for the language we speak to be gone—or even a memory that any of that ever existed,” he said. “They want to make an entry in an encyclopedia: ‘There used to be Russians, there used to be Russia—but now it’s gone.’”

Andrey Sidorov, deputy dean of world politics at Moscow State University, wholeheartedly agreed, noting that in light of Russia’s recent annexations, the war is now happening on what they consider to be a territory of the Russian Federation. Sidorov stressed: “Now these are our defeats, we’re fighting on our land. Why should we show any mercy to those who are directing this war?”

Humiliating failures on the battlefield are indeed at the core of Russia’s desperate attempts to redirect rage at NATO for helping Ukraine fight the invasion.

Appearing on the state TV program 60 Minutes on Tuesday, war correspondent Alexandr Sladkov nonchalantly admitted that Ukrainians have been able to retake 17 settlements—and counting. Sladkov also told a stunned host Olga Skabeeva that Russian forces are at least two months away from even attempting to advance, due to lack of manpower and the time it will take to train newly-mobilized reinforcements.

Devastated by the failing conquest in Ukraine, state TV host Vladimir Solovyov admitted he was in a foul mood and advocated the restoration of the death penalty, in order to execute those who dare to retreat, surrender, or desert.

In Wednesday’s broadcast of Solovyov’s show Solovyov Live, his sidekick Roman Golovanov interviewed war correspondent Alexander Kots, who stood on the ruins of Svatove and reported, “The problem right now is that we don’t have enough people on the frontlines in order to contain such a large front… We simply don’t have physical forces, which is the reason for those failures we’re currently observing. Quite a difficult period of military actions is underway right now. In the near future, there won’t be any good news out of the Kherson region. On the Lugansk front, everything is not that great either.”

Appearing on the same show, TV host Boris Korchevnikov broke down in tears, accusing those who don’t want to die in Russia’s war of being “a zero, decay, and garbage.” While the despondent propagandist wept live on-air, urging others to join the battle, he didn’t express any desire to do so himself.