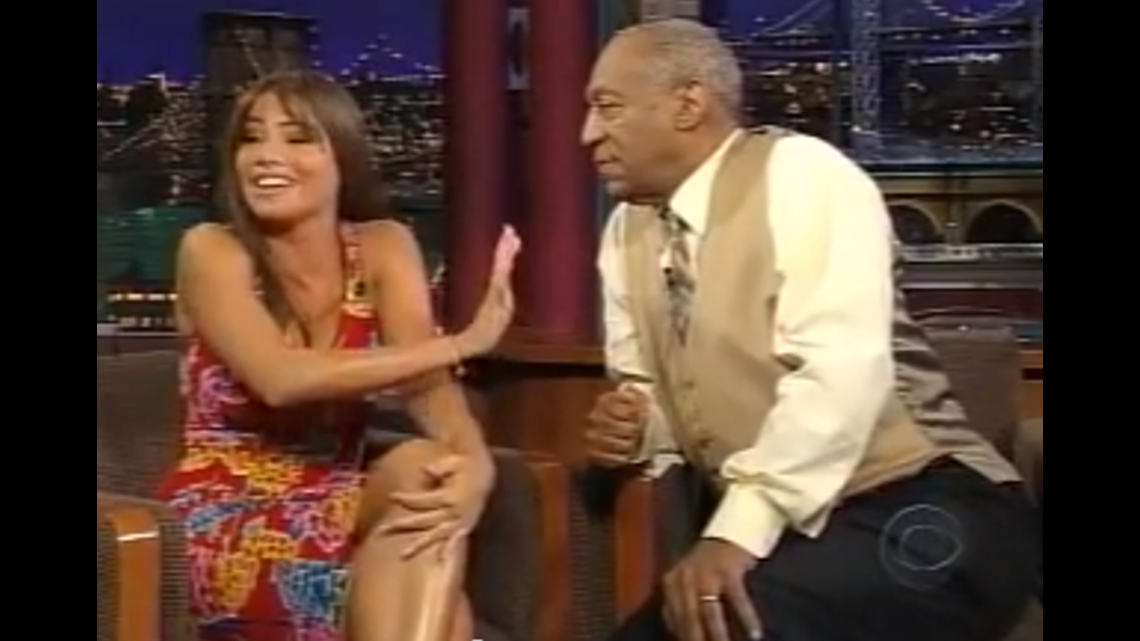 Vergara is well known for her role playing Gloria in the hit ABC show, and has even previously earned the title of the highest paid female actor, but her appearance with Cosby came prior to her introduction on Modern Family, when she was promoting the 2003 film Chasing Papi.

Vergara, who is now 50, was 30 years old at the time, and spoke to Cosby as he stood in for television show host David Letterman on The Late Show.

The interview featured Vergara dancing her way on stage and smiling as she spoke with Cosby, who told her that she made him feel ‘excited’.

He could be seen seemingly leaning in and maintaining close eye contact as he spoke with Vergara, and at one point claimed that men ‘only think of sin’ when looking at the actor.

“What you have on tonight is wonderful,” he commented, adding: “This is just wonderful. When you walked out, many people became attentive.”

Vergara appeared to respond well to his attention, joking that the host might die of excitement and saying: “Don’t die on me! This is my first time on American TV. Don’t die here! But maybe if you do die, I will be very famous. Tomorrow, everybody will know me. Bill Cosby died interviewing Sofia Vergara.”

Cosby responded to assure that he wouldn’t die ‘during the interview’, but rather ‘because of what he was thinking’.

The resurfaced footage has sparked backlash from a number of viewers, with one saying the video was an example of ‘red flags’ while another commented: “For the people that don’t know there’s a point where you can look and give a compliment but there’s also a point where it gets uncomfortable.”

The same video has previously sparked rumors that Vergara may have been one of the victims allegedly assaulted by Cosby, with a Spanish radio show writing on Twitter: “A video of an interview of Bill Cosby and a young Sofia Vergara came out. It’s rumored if she could’ve been one of his victims.”

Vergara has shut down these rumours, as she quickly responded to the tweet to say: “Respect people. Stop inventing nonsense.”

Cosby has recently been denied a new trial in a civil lawsuit in which a woman was awarded $500,000 in damages after a jury found that she had been sexually abused by Cosby.