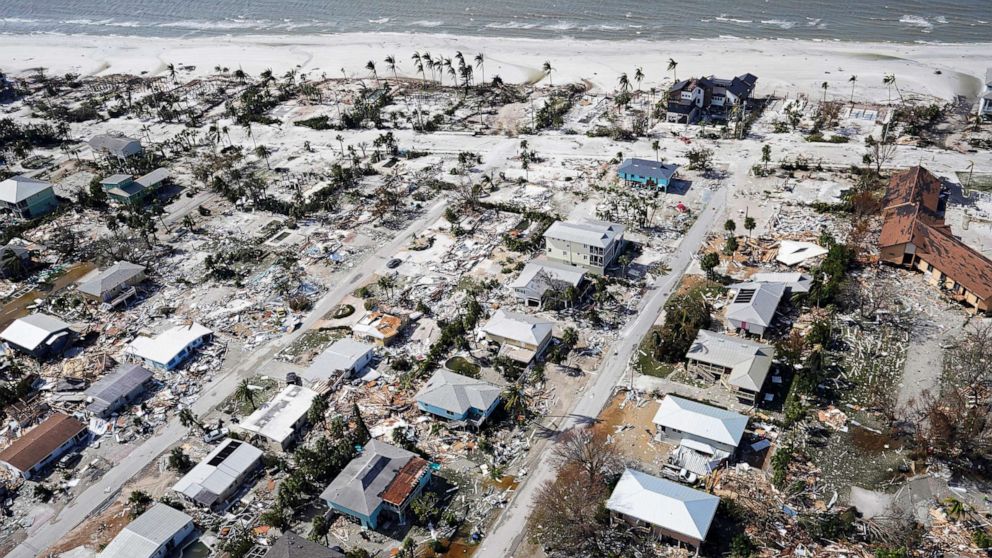 Hurricane Ian is one of the deadliest storms in Florida’s history, with over 115 fatalities confirmed by state and county authorities. But the hurricane’s magnitude is also reflected in the geographic area in which those deaths occurred, spanning the peninsula from north of Daytona Beach to the Lower Keys. Floridians died while preparing for the storm, fleeing storm surge and while cleaning up yard debris in the aftermath, according to data from the state Medical Examiners Commission.

The youngest storm victim whose death state authorities have confirmed was a 19-year-old woman fleeing from Cuba — who was among at least seven migrants who drowned when their boat sank near Key West. The oldest was a 96-year-old man in Charlotte County who drowned while trapped under a parked vehicle. The majority of victims were 60 or older, with the most common age being 73. The data were first reported by the USA Today Network-Florida.

Some of those deaths occurred after the storm passed — a threat Gov. Ron DeSantis warned about last week. “In some of the recent storms across the country, you’ve had more fatalities after the storm hit than because of the storm directly, and that is for a variety of different reasons,” DeSantis said a day before Ian made landfall in Southwest Florida.

At least two deaths recorded after the storm were linked to emotional trauma.

“Decedent was found with [a] self-inflicted gunshot wound to head after losing belongings in hurricane,” was the summary of what happened to a 70-year-old Lee County man, who authorities believe died on Saturday. The day prior, a 73-year-old man, also in Lee County, “shot himself after seeing property damage due to hurricane,” the MEC reported.

A 60-year-old died after an apparent heart attack while cleaning his yard after the storm. An 82-year-old from Lee County died Wednesday from heart disease, after he forgot his prescribed medication during the evacuation. Four fatalities were of people who were oxygen-dependent and lost power during the storm. Two women who did not evacuate their homes in Collier County were killed during the storm. One of them, a 73-year-old, was found floating in water by her husband. The other, who was 64, was found dead by her roommate.

So far, the state Medical Examiners Commission has confirmed 89 deaths. Some county sheriffs have reported higher numbers, including 24 deaths in Charlotte County. Over half of the deaths for which the cause is available were the result of drowning.

At least eight people drowned while driving or while trapped under a vehicle, according to the MEC. That includes a 64-year-old woman in Sarasota County who was trapped in her vehicle “while attempting to travel home from work.” A day after Ian made landfall, President Joe Biden said the hurricane “could be the deadliest hurricane in Florida’s history. DeSantis has disagreed with that assessment, though in the last week he has acknowledged that there is the “potential for significant fatalities.” The deadliest hurricane in Florida history was the 1928 storm that struck Palm Beach County, killing more than 2,500 people.