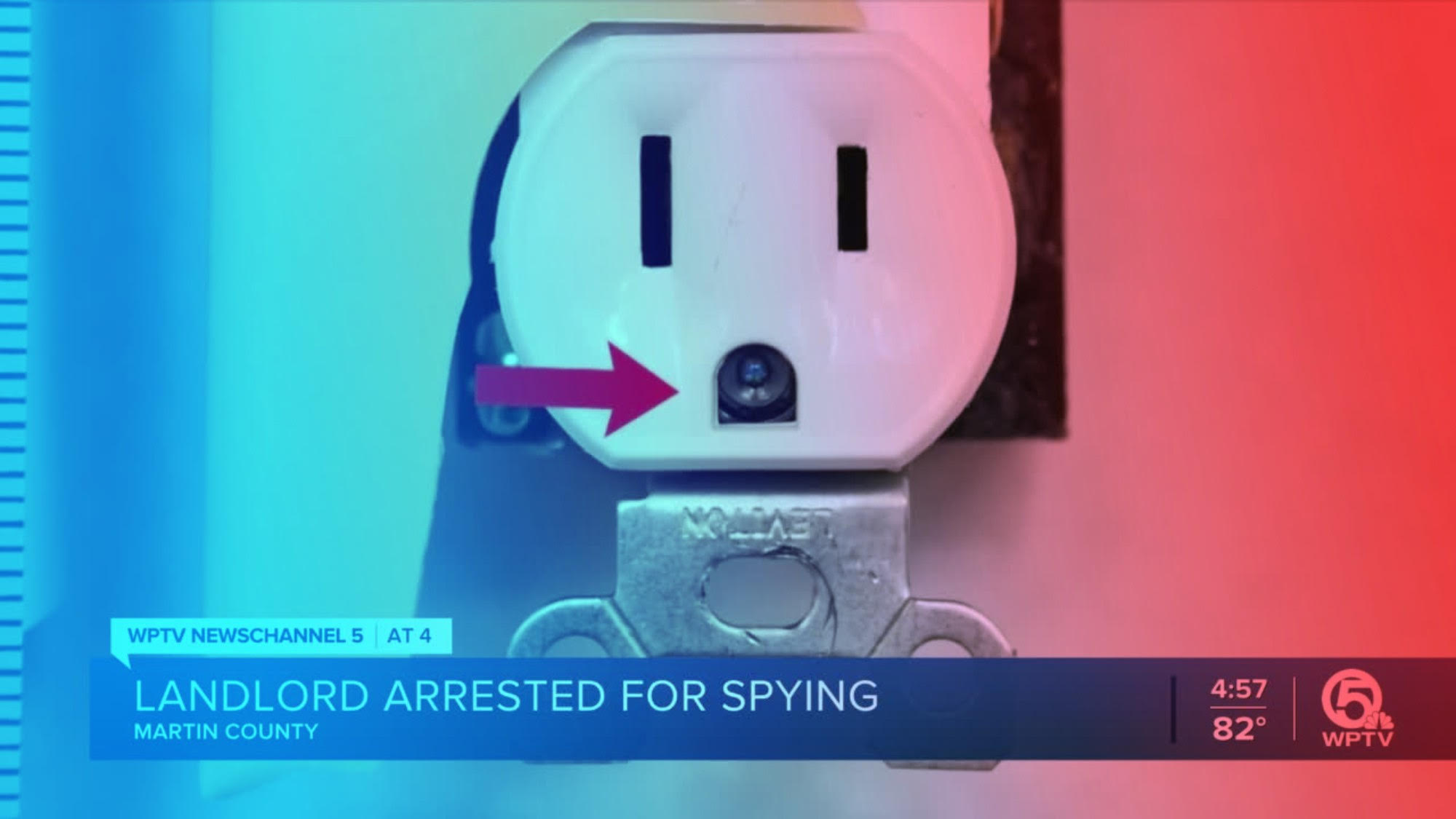 Especially for parents, this article proves that you never know who you can trust.

A landlord in Martin County is behind bars after detectives say he used hidden cameras he installed to spy on a 12-year-old girl.

The girl was trying to plug her hair straightener in but it wouldn’t fit into the outlet. Upon further inspection, she noticed the small camera, shining inside.

The girl’s mother immediately contacted authorities. Investigator found the small cameras, inside the outlet, was a black box hot glued to the back of the outlet and an empty slot for a micro-SD card, and plug for the cable.

When asked about who could have done it, the mother mentioned their landlord, Grady.

“It was pretty easy to track back to the landlord,” Martin County Sheriff’s Office Chief Deputy John Budensiek told WPTV. “The landlord had been seen unannounced in the apartment and he was confronted.

The victim’s parents said, ‘Hey, what are you doing here?’ ‘Oh, no problem. I’m just doing electrical work.’ So it made it easier for our guys to track it back.”

The sheriff’s office said Grady was arrested and found multiple videos and photos of the girl on his phone. Grady used Wi-Fi connect to the cameras so he could view the bathroom or bedroom whenever he pleased.