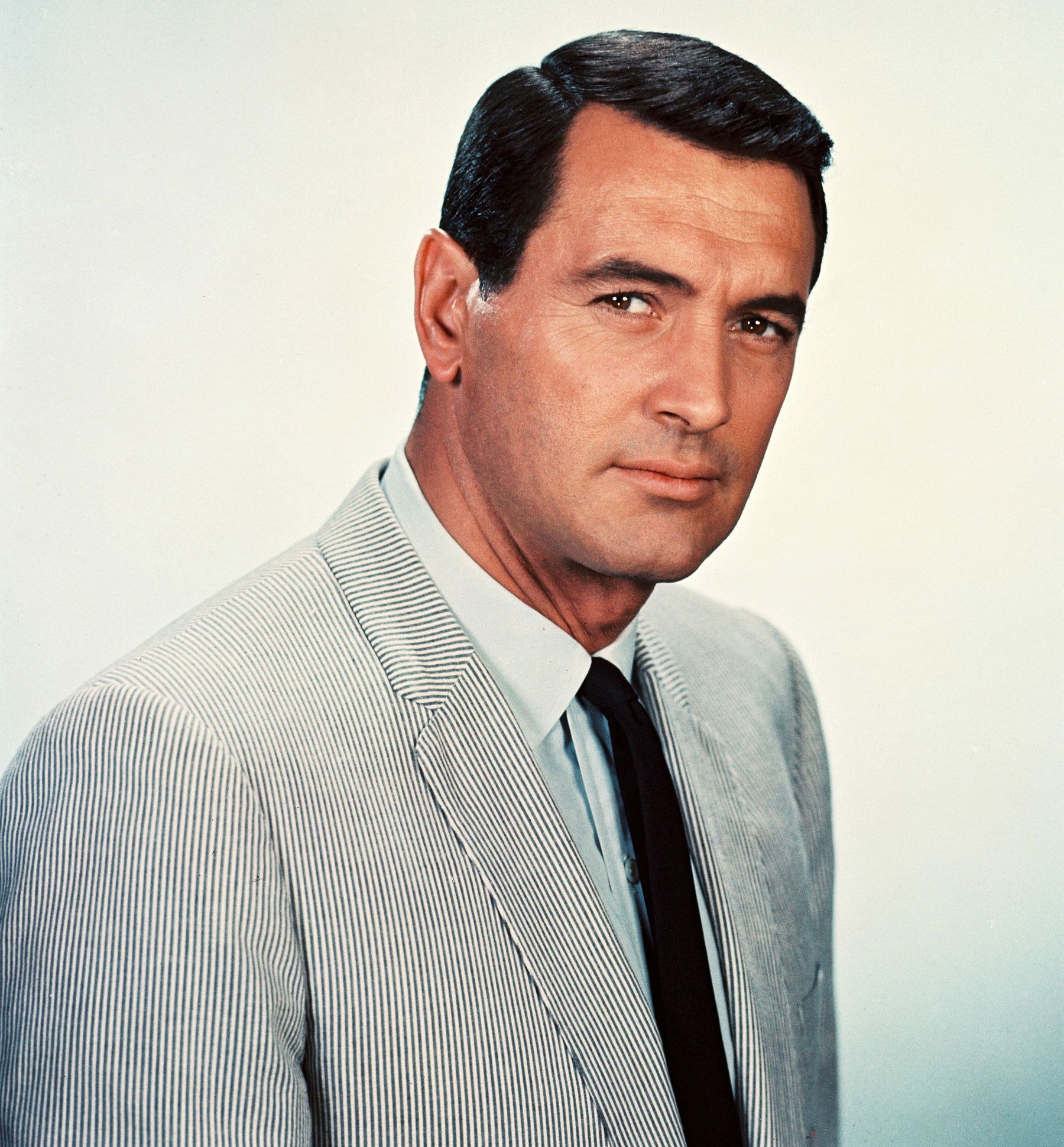 The iconic Hollywood actor, Rock Hudson, spent many years of his life sleeping with countless women, but when his death was imminent, his thoughts turned to his legacy.

Today at 2pm on BBC 2, Rock Hudson stars in Ice Station Zebra. The macho spy thriller showed off the incredible Hollywood star as the hero of the story, but this went against the picture he had painted of himself behind the scenes. Rock was an out and proud gay man who eventually died because of his sexual escapades, but he had previously dabbled in relationships with women. Eventually, one of these surprise sexual encounters came back to haunt him.

Rock was a Hollywood star in the purest sense. He starred in more than 60 movies across the four decades of his career and worked with countless leading ladies. As a young man, he declared he didn’t “want to be an actor, I want to be a movie star”. He would hasten to add: “And I don’t give a damn how many casting couches I have to lie on!

The star, who was a former truck driver, kept his oath. He slept with some of the biggest stars in all of Hollywood, including many women.

Included in his raunchy escapades were Marilyn Monroe – whom he said was “not innocent at all” – and Judy Garland, who arrived at his doorstep in nothing but a coat, demanding he sleeps with her.

However, when the actor was just a teenager he was already using his sexuality as a tool to get ahead.

Rock – who was known as Roy Fitzgerald before he changed his name – made his biggest regret at 19-years-old.

He dropped his girlfriend off at her house in his hometown, Winnetka, Illinois, before striking up a conversation with her mother.

Rock was seduced by the 35-year-old woman, and left the next morning without thinking anything else of it. Years later, the one-off lover, Martha Blair, sent Rock a troubling letter.

She revealed that their feral night of passion left her pregnant with her son, Richard.

Rock’s close friend, Tom Clark, looked back on when the star found out this news. He said: “[Rock] was dying to meet the kid, but he didn’t think it would be wise to return and expose the woman. It could wreck her life, maybe the kid’s too.”

Rock didn’t make this decision lightly, however. He himself was abandoned by his own father at the age of seven. And not making this journey to meet Richard became one of his biggest regrets in life and something that he would take to his grave.

The actor was diagnosed with HIV on June 5, 1984. He kept the illness secret and visited France throughout the year looking for a cure.

In 1985 he visited his friend, Doris Day, who recalled him looking extremely unwell. She said: “He was very sick. But I just brushed that off and I came out and put my arms around him and said ‘Am I glad to see you.'”

At the end of the year, on October 2, 1985, Rock Hudson died around 9am at his home in Beverly Crest. He was 59-years-old, just six weeks away from hitting 60-years-old.

In his final dying days, he said of Richard: “I should have gone back home and looked up my son. Maybe brought him here to live with me. I always wanted to have a son, someone to carry on my legacy.”

These regrets were likely worse considering Richard had already reached out to Rock to start a relationship.

Richard revealed, once he became a teenager, he sent a letter to his father asking to meet for the first time.

Rock’s death had a major effect on the way Hollywood – and the rest of the world – viewed the AIDS epidemic.

William M Hoffman, the author of As Is, a 1985 Broadway play about AIDS, said: “If Rock Hudson can have it, nice people can have it. It’s just a disease, not a moral affliction.”