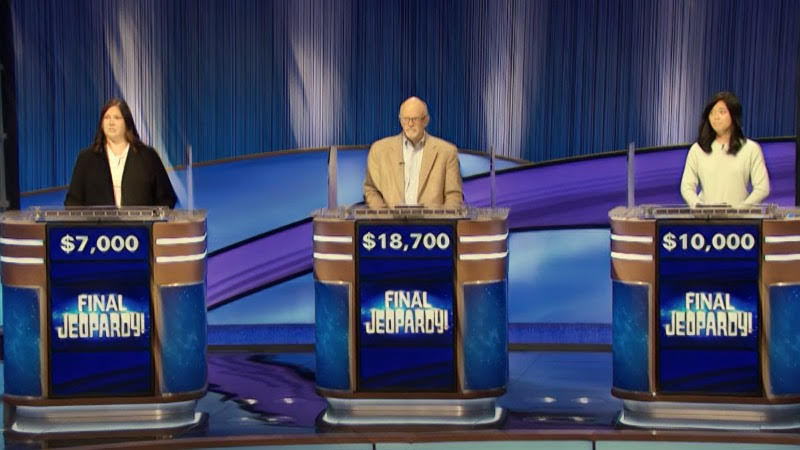 After incorrectly answering a question, Wu yelled, “Damn it!” Realizing that language is probably frowned upon by the family-friendly game show, she quickly said, “Darn it… Gosh darn it!”

When is came time to answer the Final Jeopardy! clue, it appeared as though she may have run out of time. The final clue was, “A New York Times headline about this disaster included ‘866 rescued’ and ‘noted names missing’.”

Wu wrote “tit” as her response, which ABC censored with a bleep. The correct answer was Titanic.

“I meant Titanic,” Wu argued. “Some people call the Titanic the Tit. This is a well-known fact!”

The Connery character, played by Darrell Hammond, would intentionally mispronounce words and phrases in hilarious ways.

Even though Wu didn’t get the final answer correct, her charity will receive a $30,000 donation from the show. She was playing for The Lotus Therapy Fund under the Asian Mental Health Collective.