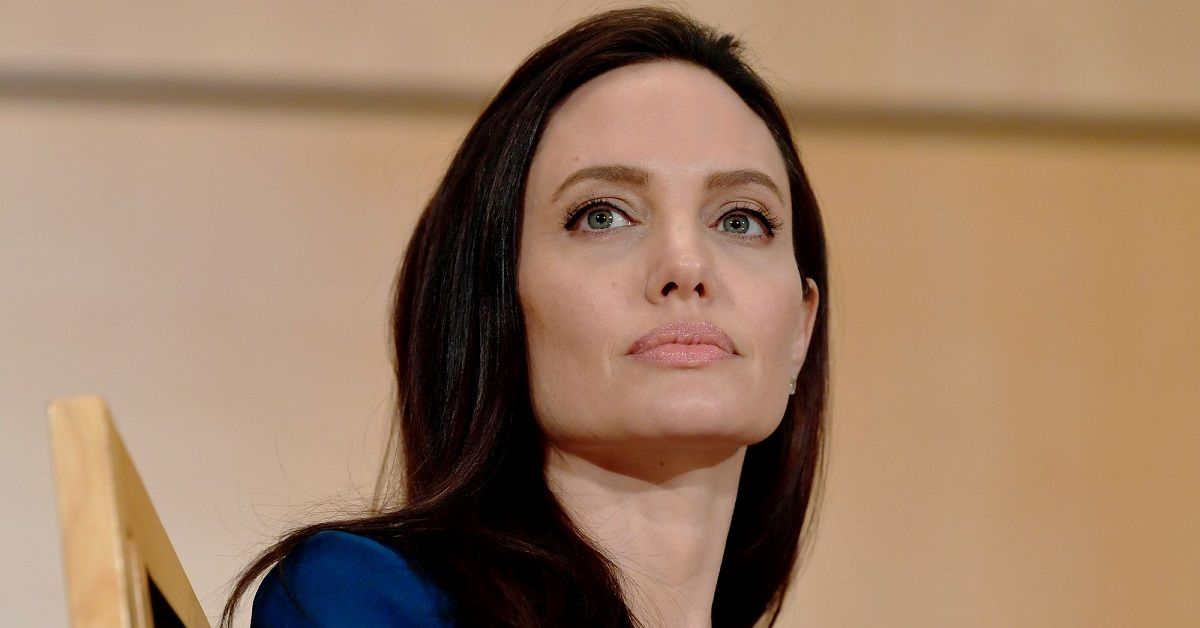 Everyone loves a good kissing scene. Though affection between characters can sometimes feel gratuitous, appropriately-placed kissing scenes can pack a punch that heightens the emotional response from the audience.

Just think about the elation you felt during Jack (Leonardo Dicaprio) and Rose’s (Kate Winslet) first kiss while standing on the edge of the ship in “Titanic.” Or, when in “The Notebook,” Allie (Rachel McAdams) and Noah (Ryan Gosling) passionately kissed in the rain after an emotional breakup.

Done right, kissing scenes can make it easy to forget that the people in these scenes are actors who aren’t really feeling these emotions. Sure, some actors actually enjoyed kissing their co-stars. However, many stars have expressed the opposite.

As in, some actors downright hate kissing their onscreen partners. And while it’s hard to imagine that any of Angelina Jolie’s onscreen romantic interests would have expressed the latter sentiment, Matt Damon, who starred alongside Jolie in 2006’s “The Good Shepherd,” once dished on the reason that he didn’t enjoy kissing her.

In 2007, Matt Damon shared why he didn’t like kissing Angelina Jolie on the set of “The Good Shepherd” — but it’s not exactly what you might think. Damon found the whole ordeal “embarrassing,” among other things.

“We’re old friends, so it was like kissing my sister — really awkward and generally awful!” Damon shared with Metro U.K. A few months earlier, in December 2016, the “Stillwater” actor also addressed the fact that Jolie, at the time, was dating his friend and fellow actor Brad Pitt. “It’s weird. … We all know each other,” Damon shared on “Good Morning America” (via ABC).

Jolie, who was also present during the “GMA” interview,” didn’t share Damon’s sentiments about their onscreen smooch. “In reality, both the people we’re involved with couldn’t have cared less about that because they know us,” shared Jolie.

“You know, it’s one of those things where it’s like the least threatening person … You know, good luck to you guys, I hope it’s not too awkward.”

James McAvoy also shared a kiss with Angelina Jolie in 2008’s “Wanted.” The film follows an ordinary guy who found out his father was a world-class assassin — thrusting him into an underground world where he learns to hone his natural killing abilities, per IMDb.

Like Matt Damon, McAvoy found the experience to be awkward. “It was her first day, it was her first scene,” McAvoy shared with “Today”. “I had been on the set for two weeks. It was like, ‘Hey, how you doing? Nice to meet you, I’m James — oh, we’re going to do a kissing scene now!'” McAvoy shared that kissing scenes generally aren’t enjoyable for actors because, by the time they’ve eaten breakfast, they’re all “funky in the mouth.”

Kissing Jolie wasn’t the only awkward moment McAvoy experienced on set. During an appearance on “The Graham Norton Show,” McAvoy shared a rather embarrassing story about flatulence and his time on set. “So you’re in this car for three days, and for a large portion of these three days, Angelina Jolie is in the car with you,” shared McAvoy. “

And eventually, after a day and a half or so, you have to turn to her and go, ‘Listen, I’m sorry, it’s not my fault that you just got into this car or that my protein shake just said hello. I’m really, really sorry. How are Brad and the kids, by the way?'” (via Comicbook.com).