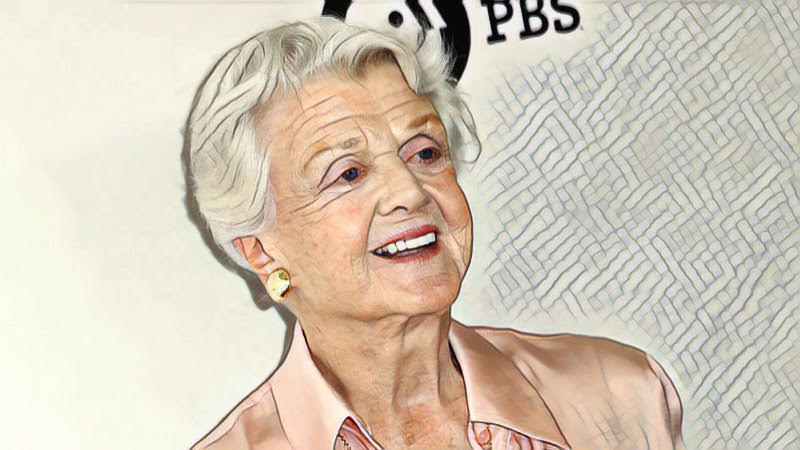 Angela Lansbury, a versatile actor who wowed generations of fans as a murderous baker, a singing teapot, a Soviet spy and a small-town sleuth among a host of other memorable roles, died on Tuesday, her family announced. She was 96.

“The children of Dame Angela Lansbury are sad to announce that their mother died peacefully in her sleep at home in Los Angeles at 1:30 AM today, Tuesday, October 11, 2022, just five days shy of her 97th birthday,” her family said in a statement.

The London-born actor took her life’s final bow as one of the most decorated players in stage history.

Lansbury won five Tony Awards, most recently in 2009 for best featured actress in a play for her work in Noel Coward’s “Blithe Spirit.”

Her best known work on the Great White Way was probably as ghoulish pie maker Nellie Lovett, in “Sweeney Todd: The Demon Barber of Fleet Street.” She cooked up a Tony for best musical actress in 1979 for that role.

Audra McDonald and Julie Harris are the only actors to win six Tonys; Harris’ sixth Tony was for lifetime achievement.

Lansbury took her singing skill from Broadway to the big screen, via an animator’s drawing board of the 1991 musical “Beauty and the Beast.”

Lansbury voiced the sentimental Mrs. Pott, which scored as one of the popular movie’s most beloved moments.

She took to the stage at Lincoln Center in New York in 2016 to celebrate the film’s 25th anniversary, and brought the house down with a rendition of the title’s lead tune.

The actor had already enjoyed a long and successful career when she took on the small-screen role that many Americans will remember most — as mystery writer and amateur crime fighter Jessica Fletcher on the CBS Sunday night hit “Murder, She Wrote.”

“Murder” ran for 12 seasons, from 1984 to 1996, with Lansbury playing a widowed mystery writer whose keen observations always outwitted criminals and even the local police before the real killer would be unmasked within the hour.

It followed “60 Minutes” and, in the fall, the National Football Conference game. Lead CBS play-by-play man Pat Summerall would famously tell viewers to stay tuned for “Murder … She Wrote” with a dramatically elongated pause.

“We found our audience and they were loyal to the end,” Lansbury said in a 1998 interview with the television academy.

Shows like “Murder, She Wrote” ushered in a new era of television with more female players taking lead roles on America’s small screen. The TV academy nominated Lansbury for 12 Emmys for “Murder,” although she never took home the trophy.

Lansbury was inducted into the TV Hall of Fame in 1996.

“‘Murder, She Wrote’ has given me more worldwide attention than any other role I played in the movies or on the stage,” she said in 2013 while receiving an honorary Academy Award. “It’s a wonderful thing to be known in Spain, Portugal, in Paris, in France and Germany and everywhere.”

Lansbury became such an important TV figure that some fans might have forgotten what an important movie career she had in the era of black-and-white film, and the three best supporting actress Oscar nominations she received for three legendary works.

She played the maid in the 1944 classic “Gaslight,” about a woman, played by star Ingrid Bergman, who was being manipulated to question objective truth. The term “gas lighting,” meaning to psychologically manipulate with lies and false narratives, became a popular term in the 21st century American vocabulary, particularly after Donald Trump was elected president.

That role scored Lansbury her first Oscar nomination before she picked up another for her brief but vital role in 1945’s “The Picture of Dorian Gray.”

Lansbury recalled that when working with director John Frankenheimer on the 1962 movie “All Fall Down” the movie maestro slammed a book on the table in front of her and ordered her to read it. The book was Richard Condon’s “The Manchurian Candidate.”

She was cast as Mrs. Eleanor Iselin, a scheming, domineering mother — a role that brought Lansbury her third Oscar nomination for best supporting actress.

“We certainly didn’t envision the longevity” of the Cold War-era thriller, Landsbury said in 1998. “We felt because of the extraordinary subject matter and the way in which the plot was devised, it was so extraordinary that it was going to either sink or swim. And it swan and it’s still swimming.”

Both her father and grandfather (George Lansbury) were active in liberal British politics. Edgar Lansbury was mayor of the London borough of Poplar, while George Lansbury served as Labour Party leader in 1932-34.

“My grandfather was a very large figure in my life as a child,” Lansbury told the TV academy. “He was an extraordinary individual who garnered the admiration and love of the British labor movement, which he led, and because he was the most charismatic figure, a very kind simple plain man. He never drank, he never smoked.”

Though born into a culturally elite family, Lansbury’s childhood was chaotic.

Lansbury was 9 when her father died in 1935. At the outbreak of World War II a few years later, Lansbury’s mother feared London would soon be bombed by Nazi Germany.

“My mother sold everything that she could and we got on a boat,” Lansbury said.

The RMS Duchess of Atholl carried Lansbury, her mother and two younger brothers to Canada in the summer of 1940, and they immediately boarded a train for New York.

Lansbury landed at the Lucy Fagan School in Rockefeller Center, where she had a bird’s-eye view of the skating rink and what seemed like a perfect snapshot of utopian American life.

“I’ll never forget that first Christmas,” Lansbury recalled fondly. “America was still not at war, the tree was up and everything was beautiful.”

She scored her first professional gig at the Samovar Club in Montreal. The 16-year-old lied about being 19 and performed characters from Coward’s “I Went to a Marvelous Party” for a whopping $60 a week — what Lansbury thought was a small fortune then.

After that three-week gig ended, Lansbury’s mother was in western Canada with the touring company of “Tonight at 8:30.”

Macgill had the bright idea of sending for her daughter and having them both go to Los Angeles, capital of the world’s young motion picture industry.

The pair quickly became enveloped in the ex-pat British acting community in Hollywood, and those connections led Lansbury to her first screen tests for “Gaslight” and “Dorian Gray.”

She signed a seven-year deal with MGM, and at 17 she was making $500 a week. Under the old studio system, MGM controlled her work and cast the young actor in roles that Lansbury said she had no business playing.

“It was like an intense training period, playing character roles, playing older than myself, learning a lot of skills I otherwise would never have learned,” Lansbury said.

And despite Lansbury’s long and decorated career in the states, she never lost touch with her roots, and the United Kingdom never forgot about her.

Queen Elizabeth II bestowed the DBE (Dame Commander of the British Empire) honor on Lansbury in 2014 during a ceremony at Windsor Castle.

“It is a very proud day for me to be recognized by the country of my birth, and to meet the queen under these circumstances is a rare and lovely occasion,” Lansbury said that day.

She is survived by her three children, Anthony, Deirdre and David, her three grandchildren, Peter, Katherine and Ian, plus five great grandchildren and her brother, producer Edgar Lansbury.

“She was proceeded in death by her husband of 53 years, Peter Shaw. A private family ceremony will be held at a date to be determined,” her family said.