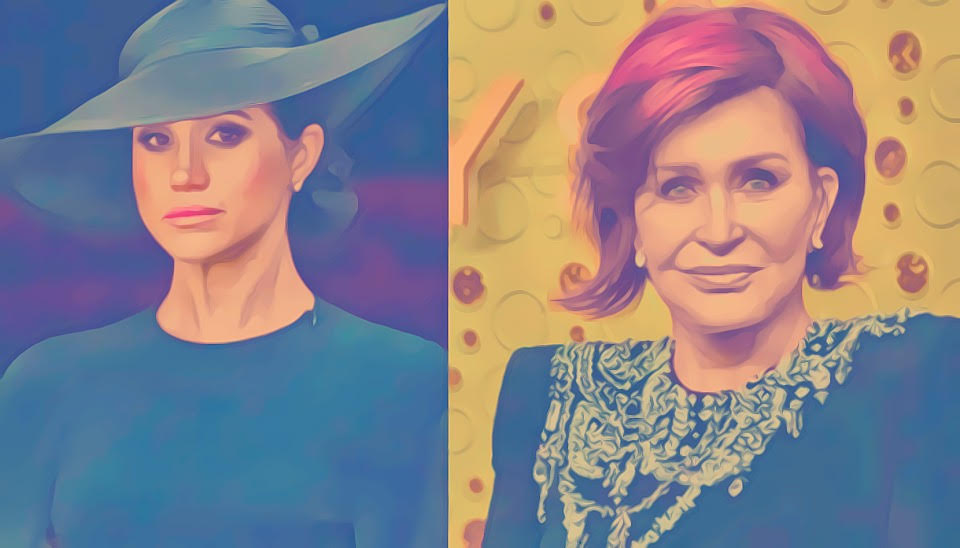 Sharon Osbourne is standing by her views on Meghan Markle.

In 2021, the former co-host of “The Talk” faced backlash for defending Piers Morgan’s criticism of the Duke and Duchess of Sussex following their interview with Oprah Winfrey. The wife of rocker Ozzy Osbourne insisted her longtime pal was not a racist for doubting the former American actress’ accusations of racism aimed at the British royal family.

Osbourne detailed the fallout and aftermath in a new documentary on Fox Nation titled “Sharon Osbourne: To Hell and Back.”

“I’ve never met her in my life,” the 70-year-old told Newsweek on Monday. “But she mixes with the royalty of showbiz, put it that way.

“I think that you have to be over a certain bank balance for her to talk to you,” Osbourne alleged. “It’s all the wealthiest of the [wealthy] in the industry that she hangs out with. And there’s nothing wrong with that at all. God bless you. But she does tell some porky pies [lies]. Put it this way, she’s surrounded by very, very, like how can I do this politely? It’s the cream of the cream in Hollywood music, film, everything she’s surrounded by.”

The Duke and Duchess of Sussex’s departures from royal duties began in 2020 over what they described as the British media’s intrusions and racist attitudes towards the former “Suits” star, 41. The family now resides in the coastal city of Montecito, California.

Osbourne admitted she felt Markle was treated “very harshly” by the U.K. press when she first moved to London.

The star also reflected on the public’s fascination with the Duke and Duchess of Sussex.

“This American goes to England, marries a prince, and do they [live happily ever] after? No,” she said. “So it bought a lot of attention to this couple, a lot of attention, which goes on and on as we speak. And it’s like you’re either a royalist, or you agree with Harry and Meghan.”

In 2021, CBS announced that Osbourne was no longer appearing on “The Talk” following her heated on-air discussion. The network said Osbourne had decided to leave the show after a review found that in part that “Sharon’s behavior toward her co-hosts during the March 10 episode did not align with our values for a respectful workplace.”

The network said its internal inquiry said the show’s co-hosts, including Osbourne and Sheryl Underwood, were not properly prepared by the show’s team for a discussion on race. However, it said there was no evidence found to support Osbourne’s claim CBS ordered her being confronted about her support of Morgan, a British TV personality.

Morgan, 57, left “Good Morning Britain” after saying he did not believe the duchess when she told Winfrey, 68, she had considered suicide when unhappy with her life in Britain’s royal family.

During the discussion of Morgan, Underwood asked Osbourne, “what would you say to people who may feel that, while you’re standing by your friend, it appears that you gave validation or safe haven to something that he has uttered that is racist, even if you don’t agree?”

Osbourne replied angrily, using words that were bleeped out, and said she felt like she was being placed on “the electric chair” for having a friend that some people think is racist.

After a commercial break, the discussion continued with Osbourne telling Underwood at one point: “Don’t try to cry. If anyone should be crying, it should be me.”

Osbourne gained TV fame with the 2002-2005 reality show “The Osbournes,” which she produced and starred in alongside her rock star husband and two of their three children.

Sharon Osbourne, a manager for Ozzy, 73, and other musicians, was a judge on the British talent show “The X Factor” and on “America’s Got Talent.”

“To Hell and Back” debuts Monday.

One thought on “Sharon Osbourne Calls Out Meghan Markle Over Elitism”