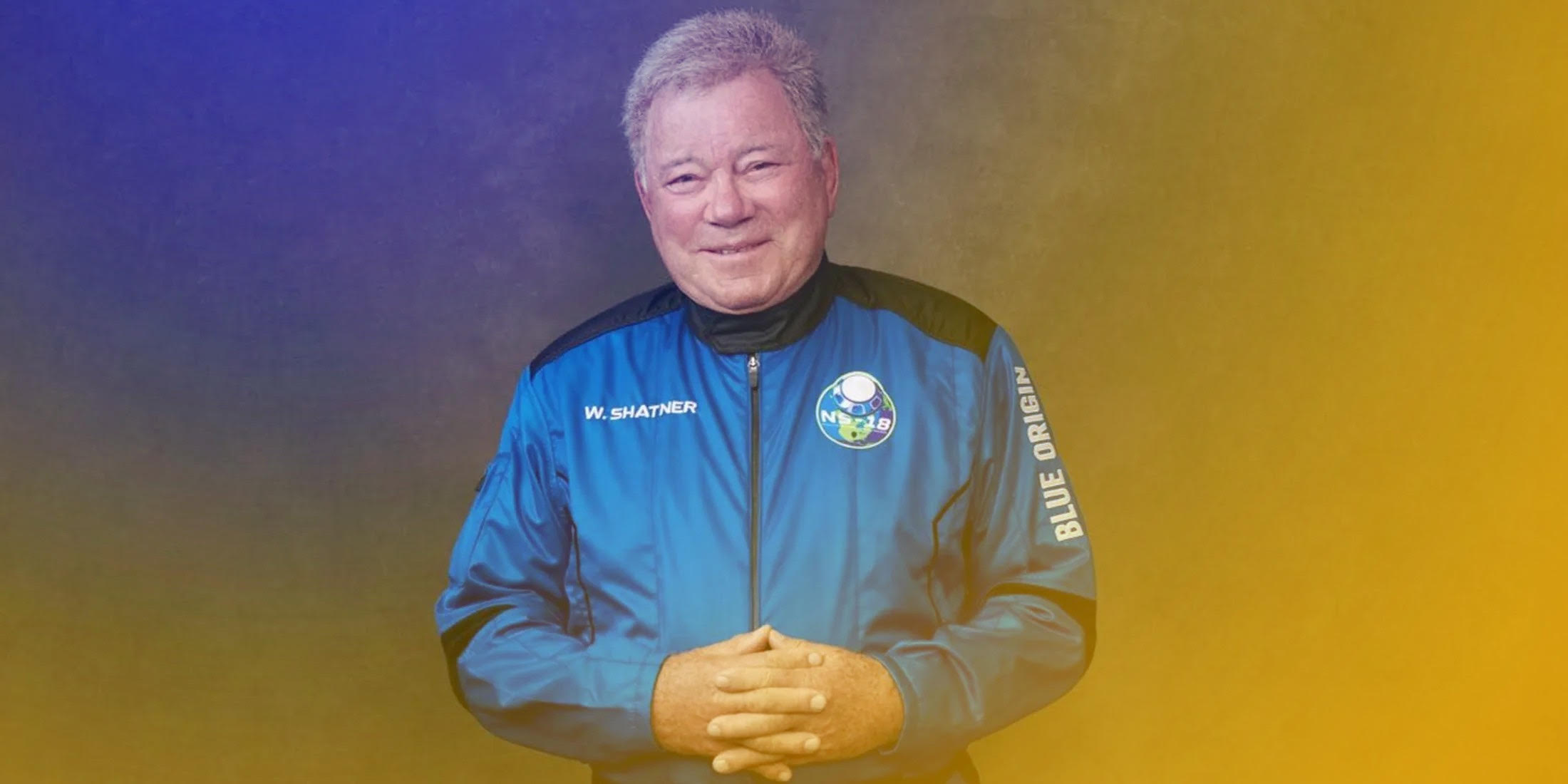 William Shatner shared a mournful story about his trip to space last year in his new book, saying it left him with intense grief and a new perspective on the beauty of Earth.

But what did the Star Trek actor see when, last October at age 90, he became the oldest person to have ever gone to space as he soared aboard Jeff Bezos’ Blue Origin on an 11-minute suborbital flight?

Shatner, alongside three other crew members, rocketed from Blue Origin’s West Texas launch site to about 66 miles above Earth, which is beyond what is internationally recognized as the imaginary “Kármán line” that pins the edge of space at 62 miles above mean sea level.

At that altitude, the astronauts experienced weightlessness and saw the curvature of the planet.

Before the journey, Shatner expressed excitement about finally seeing space with his own eyes, describing the opportunity as “a miracle.” But in his new book, “Boldly Go: Reflections on a Life of Awe and Wonder,” Shatner, who is now 91, described seeing a “cold, dark, black emptiness,” saying it “felt like a funeral.”

Shatner’s experience is known as the “overview effect.” Coined in 1987 by author Frank White in his book, “The Overview Effect — Space Exploration and Human Evolution,” the sensation is the cognitive change in how former astronauts view Earth and life from space.

While Shatner’s view of space was described as sad and bleak, he also expressed his newfound appreciation of the beauty of Earth.

We of course can’t know every detail of what Shatner saw that day, but we can create an idea of what he likely saw from 66 miles above Earth based on interviews, his book, and images from similar space flights.

When thinking about a trip to space, many people may imagine seeing a beautiful array of orange and yellow stars and a shiny moon lighting up the darkness, but Shatner has described something completely different.

Shortly after his trip, Shatner told Time that he “saw death” in space, and later recounted the sight to Newsweek as “ominous blackness.”

“I saw the spaceship coming through the blue, and an instant later it was through the blue; this bullet exploded into the blackness of space, so in that instant I saw the blue suddenly disappear, and suddenly space is smack up in my face,” he told Time.

American aviator Wally Funk who journeyed on Blue Origin to suborbital space in July 2021 at 82 years old, gave a similar account. “We went right on up and I saw darkness,” she said at a post-flight conference, reported the New York Post.

Shatner compared the “vicious coldness of space” to the “warm nurturing of Earth below,” but did not mention seeing stars.

According to non-profit organization The Planetary Society, astronauts can see stars in space, but they are too faint to show up in pictures, which is why images of astronauts on the moon show a black emptiness in the distance.

Apollo 15 astronaut Al Worden said he could see a sky “awash with stars” when in orbit on the far side of the moon where there was no daylight, per science news outlet Phys.org. Meanwhile, astronaut Jack Fischer posted a time-lapse of stars and the Milky Way from the International Space Station (ISS) on Twitter in 2017.

Earth was not in full view

Apollo 8’s moon orbit in December 1968 was the first time astronauts photographed Earth in its entirety from space, with one of the most awe-inspiring photos from that day being “Earthrise,” shot by lunar module pilot William Anders.

“Oh my God, look at that picture over there!” he proclaimed. “There’s the Earth comin’ up. Wow, is that pretty!”

While the Apollo 8 mission traveled some 234,000 miles away from our home planet, Shatner and Funk’s 66-mile journey was not high enough the see the planet in its full form.

“I thought I was going to see the world, but we weren’t quite high enough,” Funk said.

However, the mission reached an altitude where the commercial astronauts could see the Earth’s curvature, its atmosphere, and its color.

In a video released by Blue Origin in October 2021, Shatner can be heard saying, “Oh wow, no description can equal this.”

According to The Atlantic, to see Earth as a full blue marble, astronauts would need to journey about 20,000 miles away from it. That’s much farther than the ISS’ position at about 260 miles above the surface, which is four times as high as Shatner’s spaceflight.

At the ISS, astronaut Ed Lu described Earth as “having your face up against a big blue beach ball,” where viewers can see about 2,000 miles across, which is still not enough to see the entire US from coast to coast.

A collection of images posted by Steven Jurvetson, co-founder of investment firm Future Ventures, showed the views of Earth from different altitudes.

Shatner may have seen mountain ranges, valleys, and bodies of water

Blue Origin’s rocket system New Shepard launches and lands in Texas, with the capsule flying over the US.

Based on videos from inside the vehicle, Shatner would have seen shades of brown and blue below, with views of mountains, deserts, valleys, and water. Cities would also be visible from space, according to National Geographic.

Russian cosmonaut Yuri Gagarin, who was the first person to reach space in 1961, reported a beautiful Earth below.

In the film, Gagarin said he could see forests, and described Earth as “visible and distinct,” but many areas were “covered with cumulus clouds.”

Virgin Galactic, a space tourism competitor to Blue Origin, recorded a view of the Sierra Mountains at about 51 miles above Earth during its first spaceflight in 2018.

Then, during a May 2021 journey, which flew about 55 miles above Earth’s surface, Virgin Galactic astronauts reported seeing the Baja California Peninsula and the Sea of Cortez in Mexico.

While only Shatner can convey what he saw in space, he has expressed it was a life-changing experience.

Minutes after returning from his journey, Shatner told Bezos that he hopes to “never recover, that I can maintain what I feel now.”

“I don’t want to lose it,” he continued. “It’s so much larger than me and life.”