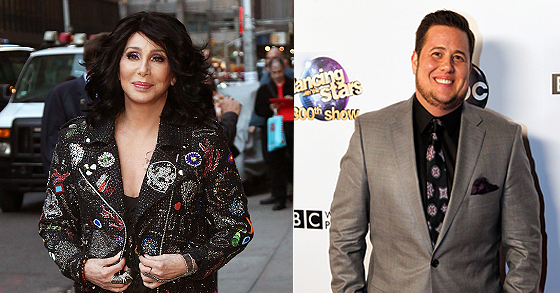 The Goddess of Pop may be an LGBTQ icon and feminist, but she’s had her share of issues with gender acceptance. Cher admits that she didn’t handle her son Chaz Bono coming out as trans “all that well” initially.

Cher was born on May 20, 1946, as Cherilyn Sarkisian. She rose to fame after she and the late Sonny (Salvatore Phillip “Sonny”) Bono started a pop duo that took the world by storm. Sonny was 11 years older than Cher, and Cher recalls being smitten by him the first time she laid eyes on the singer. They were at a party in Los Angeles in 1962.

Cher told SiriusXM that, when she first saw Sonny, “everyone just disappeared.” She described him as “the most unusual person I’d ever seen.” Yet Sonny didn’t reciprocate the feelings of attraction. Cher said that he was attracted to her beautiful friend who was at the party with her.

Sonny moved into an apartment next door to Cher right before she was about to lose her housing. She asked him for a place to stay and he said she could stay with him if she could cook and clean, noting that he didn’t find her attractive.

But shortly after moving in with Sonny, their platonic relationship budded into a romance. They got married in 1965 and then started working on their musical careers. They released their first album together that same year, titled Look at Us. It featured their first hit song, “I Got You Babe.” That song would basically become the theme song of their soon-to-be hit television show, The Sonny & Cher Comedy Hour. That show first aired in 1971 and ran for three seasons, garnering 19 Emmy Award nominations.

In 1969, the duo had their first and only child, daughter Chastity Bono.

But shortly after Chastity was born, right at the beginning of the couple’s skyrocketing fame, Sonny started cheating on Cher.

“Stardom made Sonny a huge womanizer,” she told Parade in 2010. “One woman, or even five, was not enough for him. I found all this out afterward. I asked him, ‘How did you manage the logistics?’ I was trusting and faithful with him. The truth is, I’m not so sure we should’ve ever been husband and wife.”

Eventually, Cher, too found love elsewhere. But the celebrity couple maintained a façade of their relationship, if only for the public. But a person can only put up with so much. Cher filed for divorce from Sonny in 1974, citing “involuntary servitude.” Shortly after the divorce, Cher remarried to Greg Allman of the Allman Brothers Band. They had one son, Elijah Blue Allman, before also divorcing in 1979.

While Sonny and Cher released 5 albums together, Cher went on to create a historic solo career for herself. She released 26 studio albums, 2 collaboration albums, headlined 7 tours, and was in 20 films, among other artistic endeavors. She received numerous awards for music and acting, including an Academy Award and several Billboard Awards.

Sonny also went on to have a successful acting and music career, gaining soundtrack composing credits often for the usage of famous songs such as “Bang Bang (My Baby Shot Me Down),” “The Beat Goes On,” and “I Got You Babe.”

Sonny also became a successful politician, serving as a Republican in the U.S. House of Representatives from 1995 to 1998 representing the 44th district of California.

Cher was his second wife, but he went on to remarry twice more. Sonny had a total of four children including Chaz. Sonny tragically passed away after hitting a tree while skiing on Heavenly Mountain in South Lake Tahoe, California, on January 5, 1998. While giving a eulogy for her ex-husband and music partner at his funeral, Cher called Bono “the most unforgettable character I ever met.”

Being the then-daughter of two pop and TV superstars, Chaz grew up in the limelight as a child. He himself has an extensive list of acting, producing, and music credits, which could be a testament to his superstar parents and childhood.

So when Chastity decided to come out as a lesbian in April of 1995 while speaking to The Advocate, her coming-out truly influenced the world. This was after decades of pro-LGBTQ activism throughout the United States and a decade prior to the country legalizing same-sex marriage.

Interestingly, CNN reports that a tabloid actually reported on Chastity being gay as early as 1990, prior to their own open acknowledgment of it to the public. Chastity later published a book called Family Outing, which described the details of her coming-out process. She said that she felt the tabloid’s report stunted and held back the process. She also said that her mother went “ballistic for a couple of days.”

“For (my mother), it was very much of a parental thing,” said Bono. “She would have liked a little girl who would have liked to play dress-up in her closet. I was not one of them. I think she had certain expectations, hopes and dreams of what her child’s life would be, and she wanted it to be as smooth and easy as possible.”

Speaking with PrideSource about how being a parent to a trans child may influence other parents of LGBTQ kids, Cher was totally honest about her imperfections.

Chaz made the full gender transition after requesting a judge to legally change his name and gender in 2010. A surgeon filed an affidavit confirming that they had performed a gender-change operation in 2009.

At age 41, Chaz called the move “the best decision I’ve ever made.” While he had publicly come out as a trans man already in 2009 and even made history as the first trans person to go on Dancing With the Stars, the legal name and gender change made it official for him.

Again, though, Cher struggled to accept it all right away.

Reflecting On It All, Happiness Is the Most Important Thing

Look, I didn’t handle [Chaz’s coming out] all that well in the beginning,” Cher said in an interview with SheKnows.  “It took me a minute. Because you’ve been with a child for 40 years, and then all of a sudden … but you know what? Chaz was so happy!”

“As a matter of fact, I was just telling this to my friend last night,” Cher continued. “It’s like, if I woke up in the morning, and I wasn’t me anymore and I didn’t feel like me and I couldn’t be me, I would just be beyond grief stricken. And that’s what I have to tell a mother or father: You are who you are, but how would you feel if you were someone else and you couldn’t be that someone else? That’s how I had to get it. And, you know, I didn’t do it all that well in the beginning. So, I can’t take too many kudos, but now, it’s fabulous.”