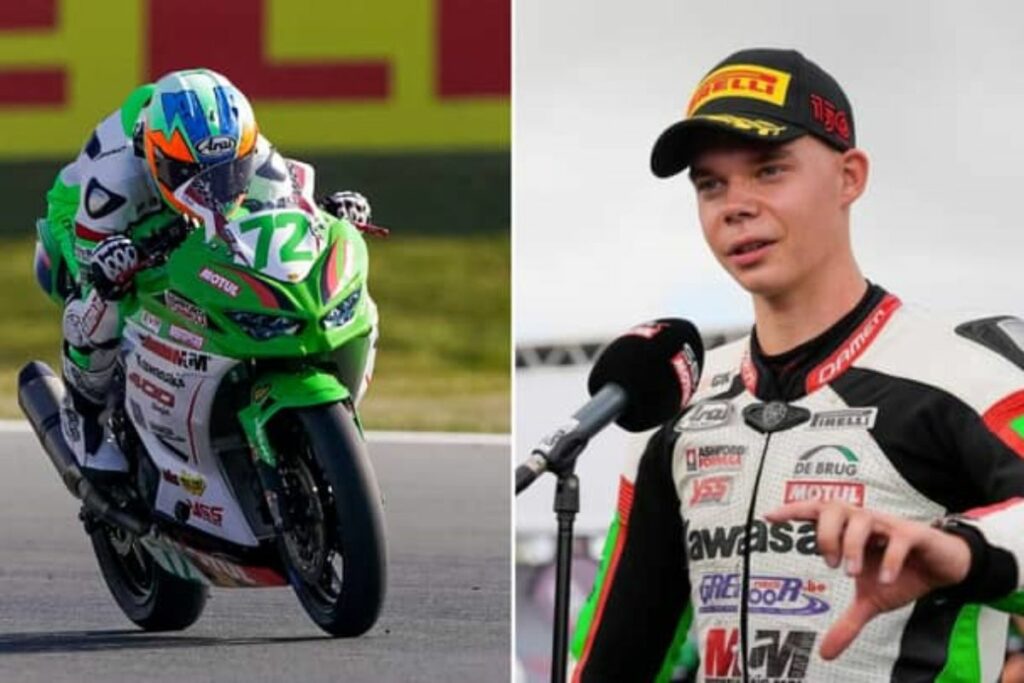 The motorcycle racing world has lost a star.

Victor Steeman has died after crashing during a race, according to a press release by the Federation Internationale de Motocyclisme (FIM). He was 22.

Steeman was involved in a “multi-rider incident” while competing in the FIM Supersport 300 World Championship’s Race 1 in Portugal Oct. 8. FIM said that following the crash, Steeman “was attended to trackside and at the circuit medical centre before being transferred by helicopter to Faro Hospital.”

However, the motorcycle racer sadly succumbed to his injuries just a few days later on Oct. 11.

His family confirmed his passing in a statement Oct. 11 and revealed that the pro racer was able to donate his organs to help others.

“Something you have always been afraid of as a parent of a motorcycle racer has now happened,” the family’s statement read, per the FIM. “Our Victor could not win this last race. Despite the unbearable loss and grief, we are extremely proud to share with you that our hero, through his passing, was able to save 5 other people by donating his organs.”

The family added, “We would like to thank everyone for the way you have lived with us over the past few days. We will miss our Victor enormously.”

The Superbike World Championship also mourned Steeman’s death and sent their condolences to his family and friends.

“We’re deeply saddened to report the loss of WorldSSP300 rider Victor Steeman,” WorldSBK tweeted Oct. 11. “The WorldSBK family would like to send all our love to his family, team and loved ones. A great personality, a fierce racer and a legacy left embedded in our paddock forever Ride in Peace, Victor.”