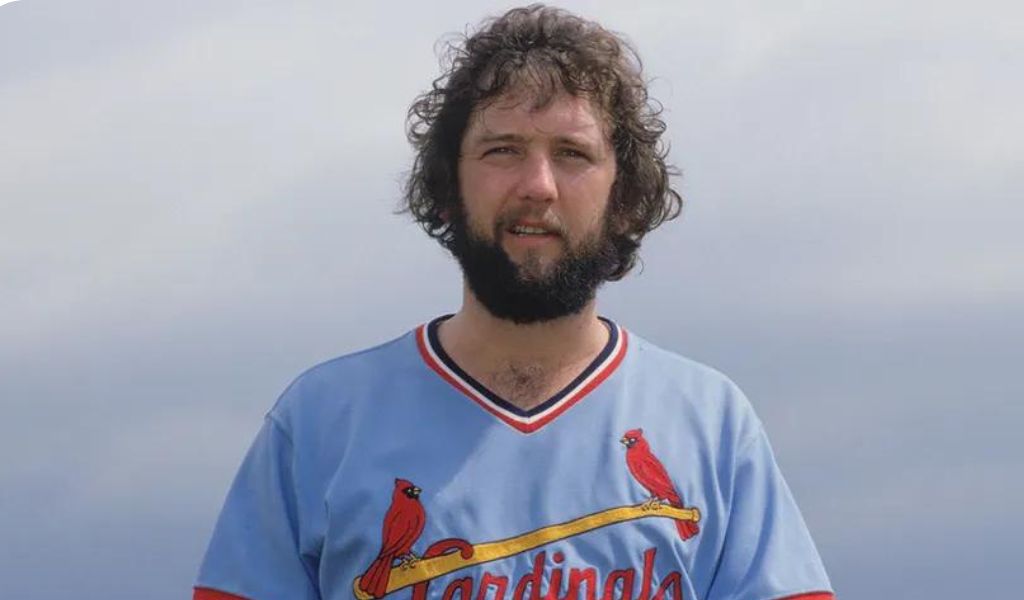 Bruce Sutter, the Hall of Famer who revolutionized the closer position and the split-fingered fastball and clinched the St. Louis Cardinals’ 1982 World Series title 40 years ago this week, passed away at the age of 69 near his home in Cartersville, Ga., on Thursday.

Sutter, a National Baseball Hall of Famer and one of 14 people to have their number retired by the Cardinals, was most recently at Busch Stadium on April 7 for the team’s annual Opening Day festivities. However, he was unable to attend the Cards’ 40-year anniversary celebration of the 1982 championship team on Aug. 13 because of the lingering illness that ultimately led to his death while in hospice care.

Sutter, the first pitcher inducted into the National Baseball Hall of Fame without having started a game, compiled 300 saves and a dazzling 2.83 ERA over 12 seasons with the Cubs, Cardinals and Braves. He won the National League 1979 Cy Young Award while saving 37 games for the Cubs, racked up 36 regular-season saves for the World Series-champion Cardinals in ’82, tied the then-MLB record for saves in a season (45) in 1984 and closed out his 300th save on Sept. 9, 1988, for the Braves.

“I am deeply saddened by the news of the passing of Bruce Sutter, whose career was an incredible baseball success story,” MLB Commissioner Rob Manfred said in a statement. “Bruce ascended from being a nondrafted free agent to the heights of baseball by pioneering the split-fingered fastball. The pitch not only led him to the Major Leagues, but also made him a Cy Young Award winner with the Cubs and a World Series Champion with the 1982 Cardinals. … Bruce will be remembered as one of the best pitchers in the histories of two of our most historic franchises. On behalf of Major League Baseball, I extend my condolences to Bruce’s family, his friends and his fans in Chicago, St. Louis and Atlanta and throughout our game.”

Sutter is most remembered for the iconic moment on Oct. 20, 1982, when he struck out Brewers slugger Gorman Thomas and caught leaping catcher Darrell Porter in his arms at the mound. Ultimately, the two of them were swarmed by teammates and fans at Busch Stadium while celebrating the Cardinals’ first World Series title in 15 years. The irony, of course, was that Sutter used a tailing fastball to strike out Thomas when it was the split-fingered fastball that helped him become one of the game’s most dynamic closers. Sutter and the split-fingered fastball — a pitch he learned from Cubs Minor League instructor Fred Martin following an arm surgery in 1973 — became forever linked in the history of the game.

“I think he was sort of a precursor to what Mariano Rivera did with the cutter — Bruce did it with one pitch and that was the split-fingered fastball,” Hall of Famer and 1982 teammate Jim Kaat told MLB.com on Friday. “Even though hitters knew it was coming, they still weren’t able to hit it. The irony of that is that he struck out Gorman Thomas for the last out of the World Series on a high fastball that was just 84 miles per hour.”

Chad Sutter, son of the legendary closer, stressed the importance of the Cardinals organization and its fan base to Bruce in a statement released on Friday morning.

“Being a St. Louis Cardinal was an honor he cherished deeply,” Chad Sutter said. “To the Cardinals, his teammates and, most importantly, the greatest fans in all of sports, we thank you for all of the love and support over the years. He will be greatly missed, but his legacy will live on through his family and through Cardinal Nation!”

Sutter got to see both sides of the Cubs-Cardinals rivalry, pitching for Chicago from 1976-80 and for St. Louis from 1981-84. He is a member of both teams’ Halls of Fame. After compiling 133 saves for the Cubs — the second-most in franchise history — Sutter was acquired by Cards GM Whitey Herzog on Dec. 9, 1980, in exchange for slugger Leon Durham, third baseman Ken Reitz and player-to-be-named-later Ty Waller. As it turned out, it proved to be one of the difference-making moves that helped St. Louis win it all in ’82. Herzog, also a National Baseball Hall of Famer and a Cardinals Hall of Famer, credited the addition of Sutter as being the missing piece of St. Louis’ championship team.

“We lost a wonderful person, a very humble guy and a great teammate,” said Herzog, who added that he didn’t learn of Sutter’s illness until a week ago, and that he only got word on Thursday that the former standout closer was being rushed to a Georgia hospital. “I consider Bruce the most dominant relief pitcher in the history of the game. There are a lot of good ones — and I’m not knocking [Rich] Gossage or anybody else — but when I warmed him up, if I didn’t use him that inning, he’d still pitch the next inning. A lot of his saves were 2 to 2 1/3 innings. And I could bring him in with the bases loaded and he’d go down 3-0 and he’d still not walk a hitter. He never beat himself with a base on balls. He was just an amazing relief pitcher [who] was so good.”

Herzog, who acquired fellow Hall of Fame closer Rollie Fingers from the Padres a day before trading for Sutter, referred to the shaggy-bearded Sutter as “a door-slammer.” Herzog also predicted when Sutter left via free agency in 1984 that he would be “25 games dumber” without his trusted closer to finish off games.

“I feel like people didn’t realize how good he was until you managed him,” Herzog raved. “If we had a Sunday game and we were off on Monday and didn’t play again until Tuesday night, he’d knock on my clubhouse office door and say, ‘Skipper, if you need me in the seventh, I’ll come in and finish it off for you.’ He’d do that every Sunday and he’d finish it out for me. You don’t see that anymore.”

During the prime of his career, Sutter led the NL in saves for four straight seasons and five times in six years before joining the Braves as a free agent after the 1984 season. He was a six-time All-Star and a four-time winner of the Rolaids Relief Man of the Year Award.

“On behalf of the Cardinals organization and baseball fans everywhere, I would like to express our deepest condolences to the Sutter family,” said Cardinals principal owner and chief executive officer Bill DeWitt Jr. “Bruce was a fan-favorite during his years in St. Louis and in the years to follow, and he will always be remembered for his 1982 World Series clinching save and signature split-fingered pitch. He was a true pioneer in the game, changing the role of the late inning reliever.”

Kaat said he and Sutter talked often during their two-year stint together in St. Louis about the split-fingered fastball, and how it saved the latter’s career. Using the pitch that replicated a fastball before dropping out of the strike zone, Sutter racked up 31 saves in his first full season in 1977, 27 more in ’78 and 37 in ’79 with a 2.22 ERA to beat out Joe Niekro for the Cy Young Award. Mike Roarke, a Cubs coach from 1978-80 and a Cardinals coach from 1984-90, became something of a personal pitching coach for Sutter and his split-fingered fastball.

“He was a conventional pitcher, but it was Fred Martin with the Cubs who came up with the idea [to throw the splitter] because Bruce had big hands and he could really wedge that ball between his fingers,” Kaat remembered. “Like a lot of things in sports, you’re desperate and you try a lot of different things and it turned out to work. He also gave a lot of credit to Mike Roarke, a former Big League catcher, who helped him with that pitch. When Bruce would get a little off kilter mechanically, he’d bring in Mike to help him and he’d get it back.”

Sutter failed to convert a save in his final outing of the 1984 season, leaving him tied with Royals closer Dan Quisenberry for the then-MLB record of 45 saves. Still, Sutter had a 1.54 ERA over a career-best 122 2/3 innings that season, and he parlayed the performance into a six-year, $9.1 million free-agent deal with the Braves. Long before Bobby Bonilla famously deferred much of his contract with the Mets to make additional millions in salary, Sutter pulled off a financial move for the ages. He agreed to receive $750,000 a year in salary with Atlanta and defer the remainder of his money, with the Braves paying him $1.12 million over a 30-year period. The final installment of $9.1 million reportedly was paid to him in 2021.

Even though his time with the Braves was mostly marred by injuries — he had just 40 saves and a 4.55 ERA — he is still remembered throughout baseball as a selfless person and a strong teammate to those around him.

“Bruce and I spent a lot of time together, and I was as close to him as any teammate I ever played with,” said Kaat, who spent seven decades in and around Major League Baseball as a player, coach and broadcaster. “I always felt like he was a brother. I was so honored when he gave me a shout-out at his induction at the Hall of Fame. We obviously sat in the bullpen together for many, many hours and he was a great teammate and an even greater friend.

“He was one who didn’t have any trouble forgetting [a bad outing]. He was so quick to credit those of us who might get one out in the seventh inning, and he would say that was as important as him pitching the ninth inning. Him and Goose Gossage, who I was also teammates with, both had that ability to forget about a blown save. They both had that same calm demeanor and could handle ninth innings. Bruce was a team guy. We all knew how important he was, but he never thought he was more important than anybody else.”

One thought on “Bruce Sutter, Hall of Fame and World Series Champion has Died”