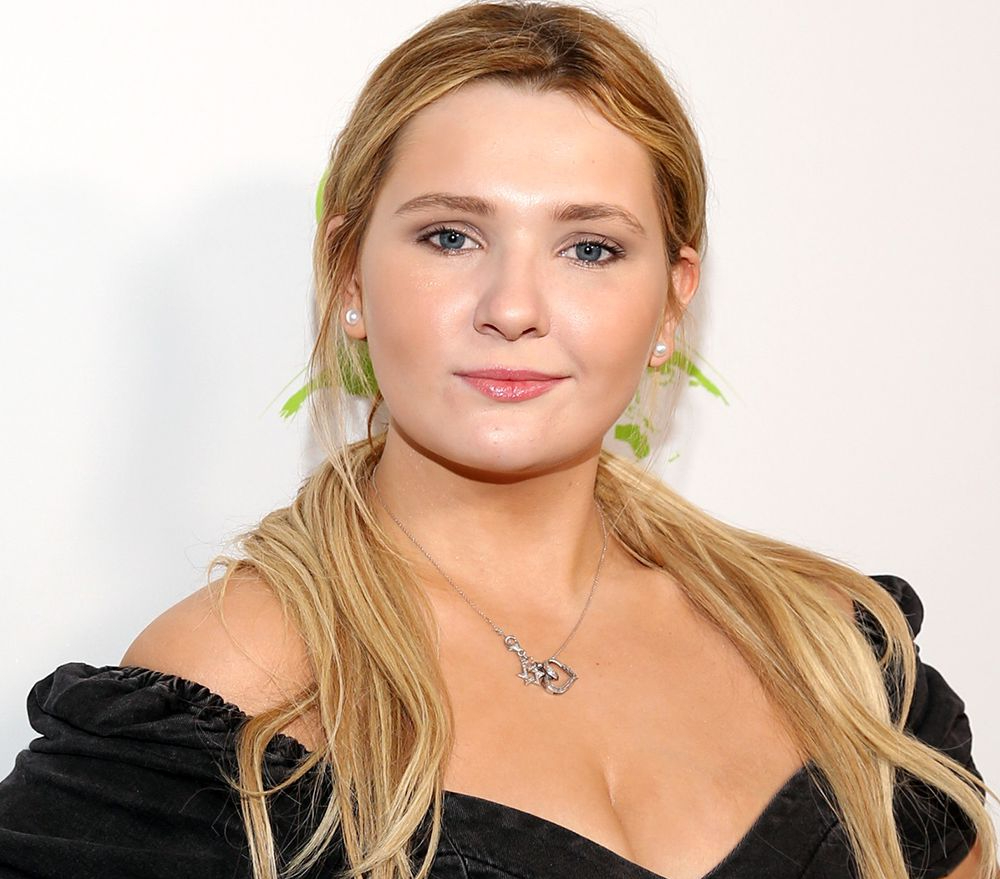 The actress took to social media to share that she is a domestic abuse survivor. Before revealing several slides sharing her story she posted a trigger warning to her followers. “I want to put a massive TRIGGER WARNING before this post as it deals with SA/DV-related content. !!!!!!!” She begins before detailing her sad tale.

“As a DV survivor, I felt compelled to write a little bit about my story. I was in a very abusive relationship for close to 2 years,” the Little Miss Sunshine actress revealed.

Adding, “I was so in love. Unfortunately, my abuser took advantage of my innocence and naiveté and the relationship subsequently became violent,” she shared but not revealing who the abuser was I was beaten on a regular basis, locked into rooms, and forced to pretend everything was ok and normal while dealing with intense injuries….. injuries most people didn’t even see.”

The Zombieland actress went on to share that she would cover up her bruises the best way she knew, saying, “I would use concealer and caked-on foundation to hide any and all bruises because, in some way, I still cared for this person.”

It wasn’t just physical violence that Breslin experienced, her abuser also hurled insults at her. The physical injuries were also accompanied by a plethora of put-downs, shaming, and harsh verbal abuse,” she writes.

“I felt ugly and hated. I felt like I deserved less than dirt. I was certain, there must be something inherently WRONG with ME.”

We can see why Breslin put up an appropriate trigger warning. This is hard to read and must be more challenging for her to reveal. Some of the words her now ex-boyfriend used would cut deep for anyone.

“I was a bitch, a problem, stupid, useless, ridiculous, overly sensitive, unreasonable, and unlovable,” she revealed. “These 2 years were the loneliest I have ever felt. I am beyond thankful for the support of my family and friends who played an instrumental and invaluable role in helping me leave this horrible situation.”

She thanks them for “believing” in her mostly when she had no faith in herself. She turns the tone of her post around and shares that she is in a much better place now and no longer involved with this person.

“I now am in a wonderful, healthy, happy and amazing relationship with my fiancé. My C-PTSD (complex post-traumatic stress disorder) is much better than it was in the first 2-3 years after my abusive relationship,” she writes enthusiastically. She does sometimes, regress.

“I still have moments. I still occasionally have nightmares, and certain things still do trigger me. I am still healing,” she admits.

The Stillwater actress ends her message on a more positive note. “I hope sharing a bit more about my story at least helps some people feel a little bit less alone.” She encourages anyone experiencing abuse that they “CAN get out of it. I know it seems impossible and terrifying, but you have survived so much and you CAN survive leaving if you have the right tools and support.”

She leaves her followers with one of the tools that can help them if need be, the phone number to a 24-hour helpline.