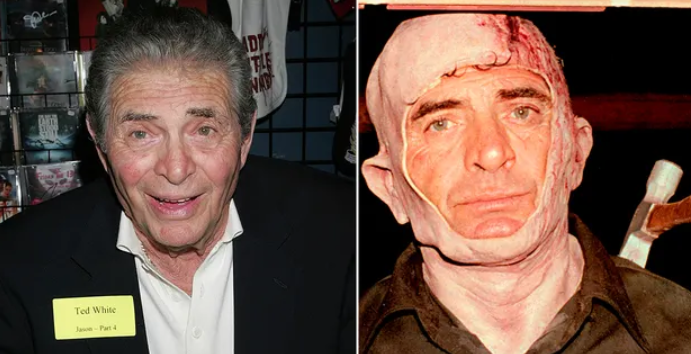 Ted White, who became popular in the horror movie world franchise for portraying Jason Voorhees in the 1984 film “Friday the 13th: The Final Chapter,” died on Friday, Oct. 14. He was 96.

White, who was born Alex Bayouth in Texas, died at his home in Southern California at 8:30 a.m., his son, Ted exclusively told Fox News Digital.

“He was a tough guy. Honest and told the truth, whether you liked it or not,” Ted said. “The last of the blood and guts guys.”

White’s career in Hollywood wasn’t limited to his Jason character. He began working in the industry in the late ‘40s as John Wayne’s stunt double, and also worked with Fess Parker, Clark Gable and Richard Boone, to name a few.

“He loved the picture business and the stunt guys, and there were lots of actors and actresses that I knew that were phenomenal,” Ted said. “So he appreciated, you know, the time he spent at it, and he appreciated the business.”

Jeri Bayouth, White’s wife, exclusively told Fox News Digital, “He was bigger than life, and he was tough as a boot. A tender heart and a very generous heart. He took a lot of risks and a lot of adventures.”

White served six years in the marine corps before resigning his commissions as a second lieutenant. He went to the University of Oklahoma before getting married and heading out West for a chance to make it on the big screen.

His son explained that White worked with major stars such as “Rock Hudson and Fess Parker,” but still treated every person just like the next and was ready to work on any job.

“He was good friends with Ronald Reagan,” Ted said as he recalled how his dad would get haircuts with the former president on the Paramount lot back in the day. “We had people over for dinner that were pretty famous, but he didn’t care about all of that.”

Ted remembered, “I used to go to the Daniel Boone set with him, he was doing a TV show. One day he hit a corner of the pad doing a high fall, and the next thing you know, they were taking him away in an ambulance, and he was waving at me as he was going away.”

White’s film resurgence came with the “Friday” franchise, which he chose not to be credited for at the time of its initial release. He was also asked to return to the role, but turned down the part.

White participated in a few documentary series’ about the horror franchise, but found fame on the convention circuit where he could truly connect with fans.

“He kept getting questions and people wanted to meet with him,” Ted said. “Then he was doing all of these events where you go and do signings, and literally thousands of people were there. I was at a couple of events with him, and he embraced it.”

Jeri agreed that watching her husband telling stories of the past and talking showbusiness with his community was always something special. “We developed good friendships and relationships with many, many of the fans.”