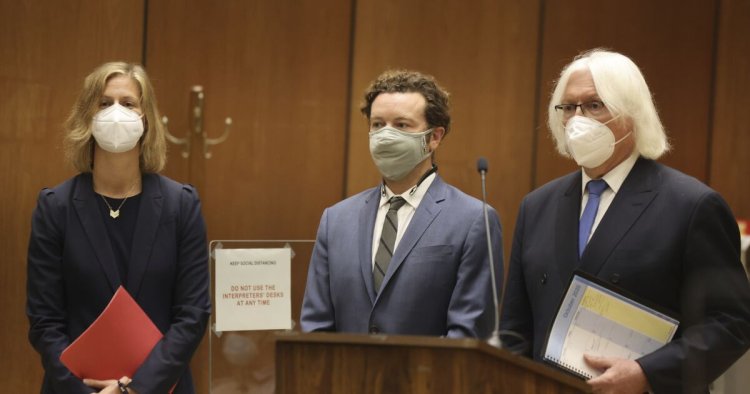 A host of Hollywood stars with ties to Scientology could all testify at “That ’70’s Show” actor Danny Masterson’s rape trial in Los Angeles.

The witness list for the prosecution included Elvis’ daughter Lisa Marie Presley — who turned her back on the controversial religion in 2014 — and others who left, including “My Name Is Earl” star Jason Lee’s ex-wife Carmen Llywelyn, who has said she still has nightmares about the church.

Actress Brie Shaffer, the wife of actor Michael Peña and, at one time, Masterson’s personal assistant, is also on the prosecution list, according to website The Underground Bunker.

Actress Cheryl Ladd’s daughter, Jordan, and attorney to the stars Marty Singer also could be called to the stand.

Masterson, a prominent Scientologist, is facing three charges of forcible rape over incidents that allegedly occurred between 2001 and 2003.

He faces a prison sentence of 45 years to life if convicted of all charges.

The three women who have accused Masterson of sexual assault took the stand during a preliminary hearing on May 2021 and also detailed how, they claim, church officials forced them into silence.

One of the three victims said Masterson raped her while she was unconscious. She claimed church leaders then told her to put in writing that she would take responsibility for the alleged 2001 assault.

Presley was speculated to be the “Lisa” referred to by Jane Doe 1 during her testimony at the preliminary hearing.

“My friend Lisa had someone named Luke who lived and worked with her who was close to Danny … Luke Watson,” Jane Doe 1 testified.

Watson and Presley had a romantic relationship and were part of a friendship group close to Masterson and Jane Doe 1, according to the Underground Bunker.

Jane Doe 1 claimed Masterson forcibly raped her on April 25, 2003. She testified she had been in a jacuzzi with Watson and Masterson when she felt sick and wanted to vomit, so Masterson took her into the house.

Jane Doe 1 then testified Masterson stuck his finger deep down her throat and helped her throw up before sexually assaulting her in a bathroom.

She said Masterson begged her to not tell anyone about the incident, including her friend “Lisa.”

While Los Angeles County Superior Court Judge Charlaine Olmedo was adamant proceedings do not “become a trial on Scientology,” as a religion, the judge said she would allow some testimony about the group’s practices if it had played a role in delaying the accusers from reporting the alleged incidents to police.