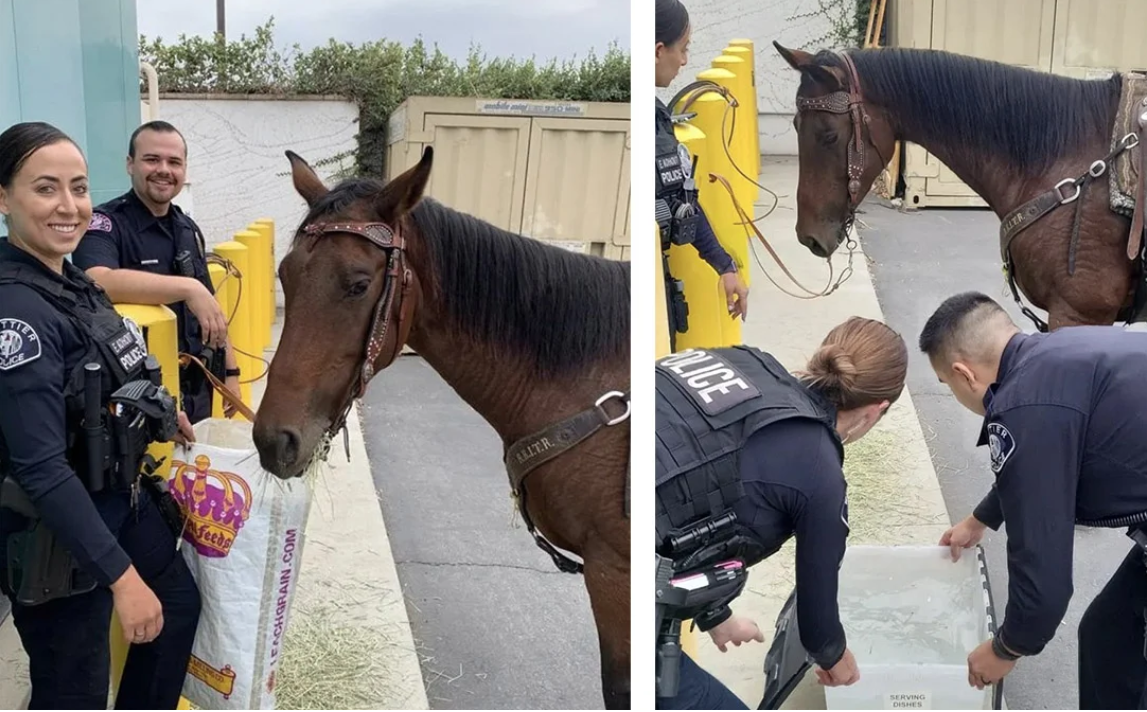 A suspected intoxicated person on a horse galloping through traffic in southern California refused to pull over for police and was arrested following a brief pursuit.

Whittier Police Department posted about the unusual case on their Instagram page.

“At the conclusion, a suspect was taken into custody and the horse was brought to our station, where it received lots of love from our team,” the post with three photos attached reads.

The unidentified rider is expected to be charged with driving under the influence, according to KTLA.

“California Vehicle Code states that people riding an animal on state roadways are ‘subject to all of the duties applicable to the driver of a vehicle …  except those provisions which by their very nature can have no application.’

That means the legal blood alcohol limit (BAC) – whether on horseback or behind the wheel – would be the same at 0.08%,” the report reads.

2 thoughts on “Man on Horseback Arrested For “Drunk Riding””