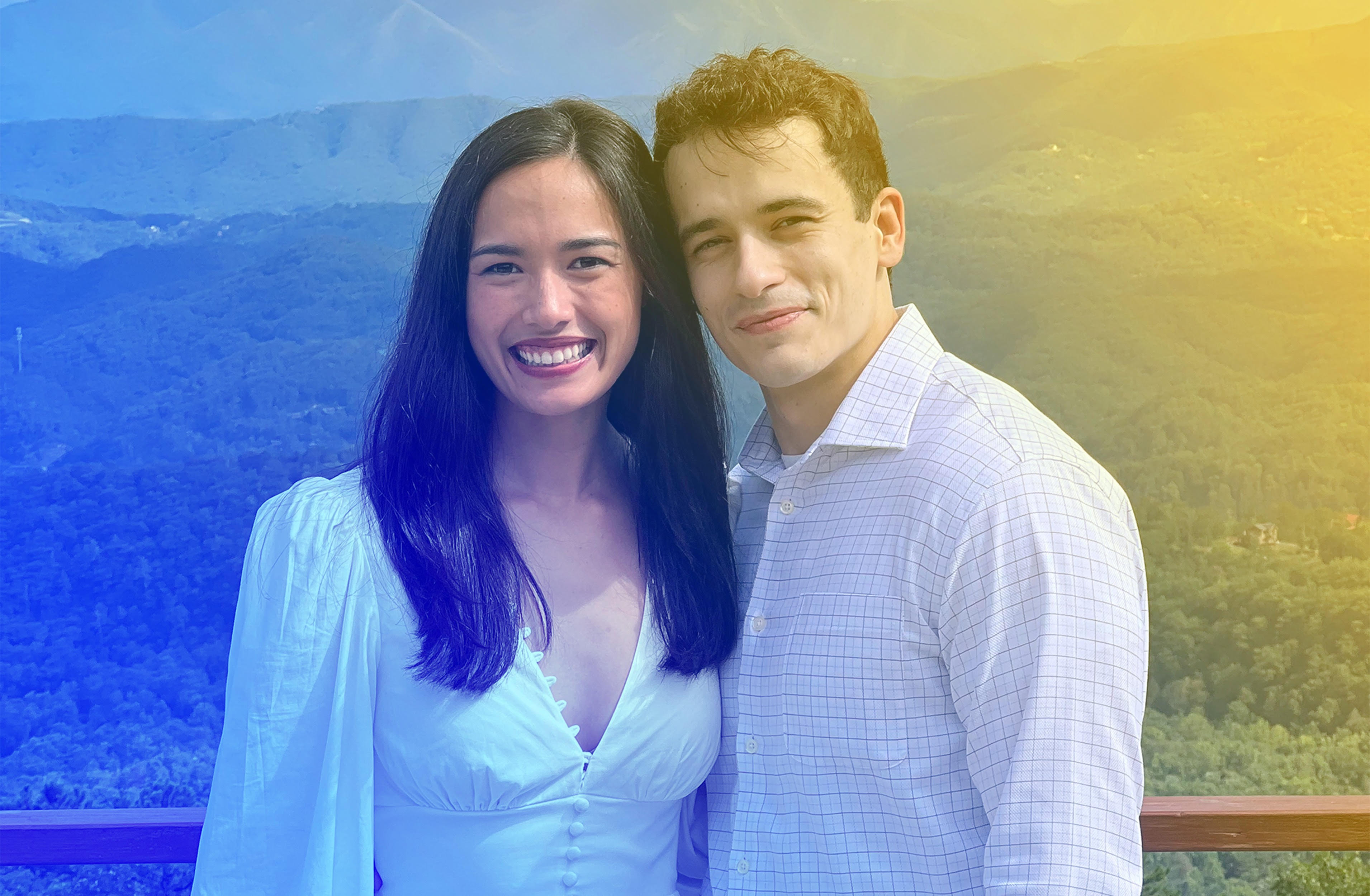 In the weeks leading up to my wedding, I crafted vows to my future husband that spoke of standing by his side no matter what, through trials and tribulations, in sickness and in health.

Little did I know a test of such promises would strike early.

The night before the wedding, Pat and I spent time with family in a breathtaking rental home on a peak in the Smoky Mountains. After the sunset, we headed for our car — with full hearts and butterflies in our stomachs — to go to our respective cabins in keeping with tradition.

Walking on a dimly lit path, suddenly I saw Pat jump and grab his ankle. He assumed it was a very angry hornet. Following a few steps behind him, I knew it was worse. A snake slithered away.

We rushed inside to get a closer look at the fang marks. The snake bit him just above his leather shoe and below his pant leg; honestly, we were impressed by its precision. Family crowded around, asking us what happened but assuring it couldn’t have been a venomous snake.

I told Pat, “We should get a picture of the snake to identify the species!” And by “we,” I meant “he.” And so Pat, who wasn’t yet in much pain, returned to the crime scene to find the slithery serpent hadn’t gone far, and snapped a photo.

The triangle-shaped head gave it away. A copperhead.

This couldn’t be happening, I told myself. Pat spends every spare moment in the outdoors, and yet, he’s bitten by a snake on a walkway the night before our wedding?!

As his ankle grew numb, we sloppily marked the initial swelling with a pen and decided the two of us should head to the emergency room.

Being on the edge of Smoky Mountains National Park, we figured medical professionals were very familiar with snake bites.

One nurse told us the last snake bite she treated was five or six years ago. Another employee commented, “Aren’t copperhead bites typically fatal?” Fortunately, we knew that was rarely the case, plus Pat’s symptoms were minor and his swelling hadn’t reached beyond his calf.

Dressed to the nines from our rehearsal dinner, we quickly became a spectacle. Even we could laugh at the timing of such an unbelievable incident — but that was before we learned how long we’d be spending there.

“We need to observe him for at least 12 hours,” the doctor said. And he repeated, “At least.”

It was quickly approaching midnight, which meant the best-case scenario would clear him barely in time for the ceremony. I would be lying if I said I didn’t grumble at the doctor’s game plan, but my negativity was fleeting.

The stress that had been building for months over the color of the water goblets, type of flowers in my bouquet, seating chart, etc., fell to the wayside.

Leading up to getting married, people reminded us to try to “live in the moment” throughout the action-packed weekend. Now, without question, we were.

Our phones were dying. There wasn’t a magazine in sight, nor a TV. And the bed could barely fit Pat, so I lined up two chairs together in an unsuccessful attempt to help me lie down.

Surprisingly, it was isolating in the best of ways, and something about it was strangely nostalgic. Not because we’ve spent nights in the ER together before, but because this just felt like something that would happen to us — a couple who has overcome a barrage of challenges in our relationship, chiefly, a decade of dating long-distance. And while living apart (literally, around the world) comes with a lot of tearful goodbyes and loneliness, it has also trained us to truly treasure every moment together, even if that’s a sleepless night in the ER.

We laughed. We talked about “bucket list” travels. We reminisced. It was as if we were 18 years old again at my childhood home in Harleysville, Penn., except those intermittent “check-ins” from my parents were now from a doctor.

Despite an ankle and calf the size of a grapefruit, Pat’s prognosis was good. He needed rest, and fortunately, not anti-venom, which was a relief after Google results for “the cost of treating a snake bite” suggested a six-figure hospital bill.

After 12 hours, Pat was discharged with a swollen foot and an epic story, just in time to hobble down the aisle.