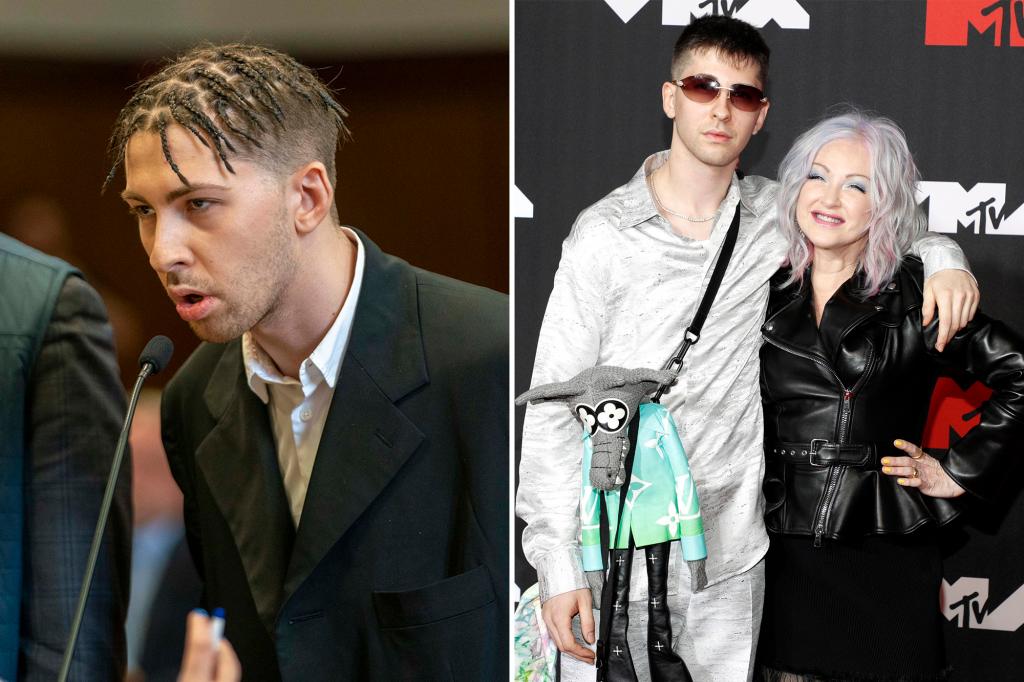 Cyndi Lauper’s son enjoyed a joint after pleading guilty to disorderly conduct after he was caught sitting inside a stolen Mercedes Benz.

Declyn ‘Dex’ Lauper, 24, was seen calmly strolling out of Manhattan Criminal Court on Tuesday after accepting a plea deal.

The rapper agreed to serve five days of private community service and to be a law-abiding citizen for a year.

The Girls Just Wanna Have Fun offspring originally faced up to a year in jail after he was caught sitting in an idling 2014 stolen Mercedes in New York City on July 9.

‘It’s definitely a blessing the case is over,’ Lauper – the son of singer Cyndi Lauper and actor David Thornton – told the Post.

The rapper, who wore his hair in tiny braids and wore oversized sunglasses, wasted no time lighting up a joint as he climbed in a chauffeured, blacked-out SUV outside of the courtroom.

Among his entourage, he immediately started smoking marijuana – which is legal in NYC – and celebrated his freedom with his friends.

He also posted the moment on his Instagram story, showing swirls of smoke filling the car and simply captioning the post: ‘Court.’

The rapper also kept his appearance New York chic, donning an oversized black blazer, black jeans with a hole in the knee, a white button-down, and black tennis shoes

The smartly dresses man had originally told police he was just sitting in someone else’s car back in July and reportedly told cops: ‘You probably know who I am.’

The police apparently ran the license plates on the car and said records showed they belonged to a different car.

When the VIN number was checked, the luxury vehicle came up as having been stolen two years ago.

He was charged with unauthorized use of a vehicle in the third degree and criminal possession of stolen property in the fifth degree.

Declyn is the only child of the Grammy winner and bragged to the Post that he and his mother have recorded a few songs together.

‘Me and my mother have a couple of songs that we recorded,’ he told the outlet.

He goes professionally by the name Dex Lauper and is a rapper with two million Instagram followers.

He was a featured artist in the G-Eazy music video for K I D S.

As an actor, he preformed as Declyn Thornton. His credits include providing a voice for a character in an episode of Bob’s Burgers.