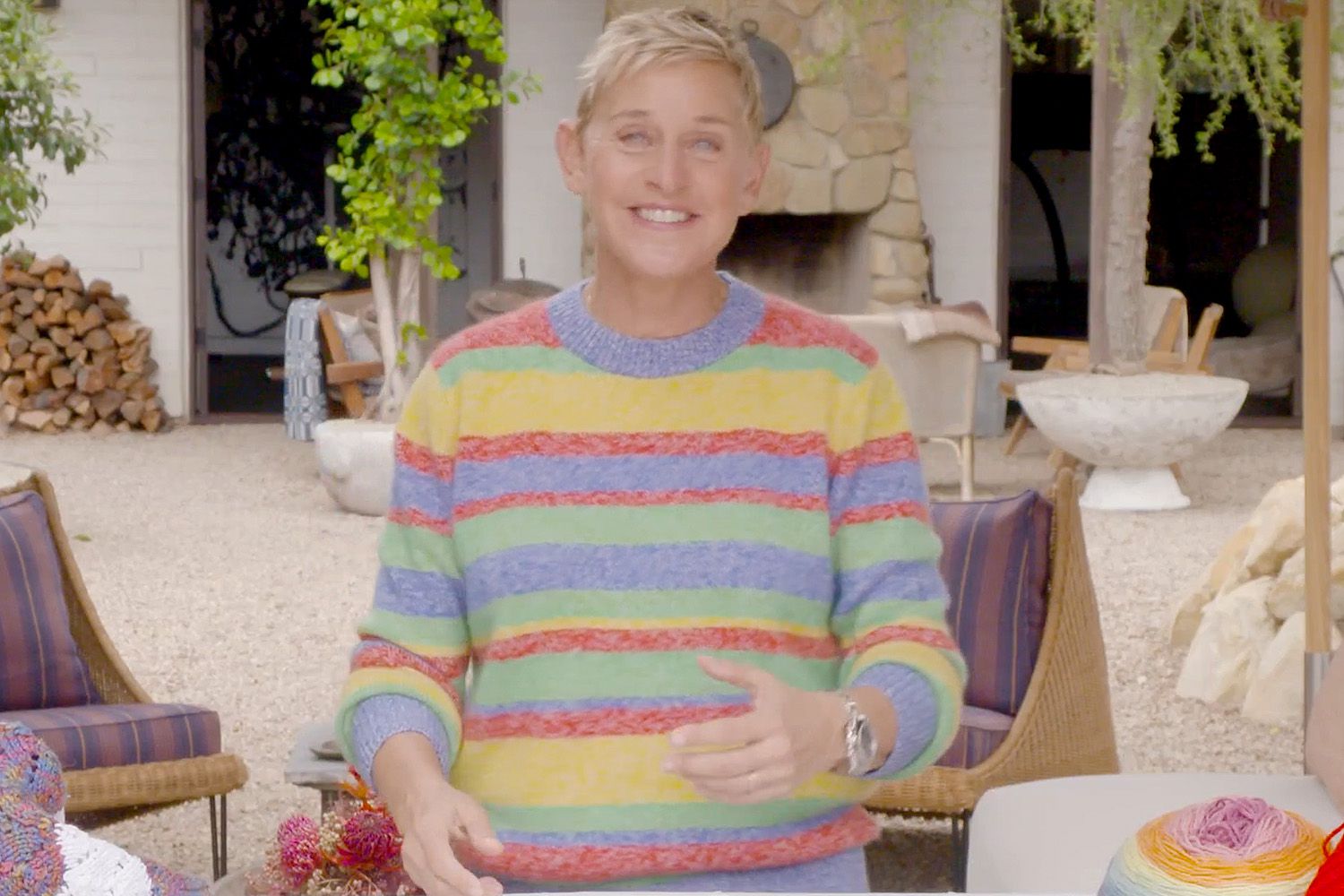 Ellen DeGeneres has confirmed her return to our screens with a new series, five months after her talk show came to an end.

The 64-year-old is set to premiere a docu-style program as she takes on a series of hobbies, in a bid to keep herself occupied following the final episode of the Ellen DeGeneres Show.

In a new teaser clip, she announced to viewers: ‘Lately I’ve been taking some time just for myself, away from the cameras.

‘I’ve been having such a great time. I thought I would share some of what I’ve been doing with you. And so I yelled, “Portia, get the camera”. So anyway, thanks Portia for doing this. Great job, so far.”’

About Time For Yourself… With Ellen will begin on Saturday, with weekly instalments dropping on her YouTube channel.

The synopsis for the show, via E! News, reads: ‘In the wake of the Great Resignation, she’s reconnecting with her audience who may also have more time on their hands, and if not, could certainly use some.

‘In this new series shot at her home, Ellen shares her own attempts to try new things and make a little me time in her own very Ellen way.’

In the eight-part debut season, viewers can follow the host learning a string of new hobbies, including crocheting and making cards.

The move comes five months after the final episode of her hit talk show aired in the US, in May.

The program first debuted in 2003 and has been a staple of the TV guide ever since, with a string of famous faces appearing on the sofa – including Kim Kardashian, Michelle Obama and Dakota Johnson.

However, in July 2020, the hugely popular series was hit with intense backlash as former employees voiced that the set was filled with racism, fear, and intimidation – leading to intense scrutiny.

Last year, Ellen announced that her eponymous series would be coming to an end, but insisted that the allegations were not behind her decision to step back.

She struggled to contain her emotions as she walked out on set and addressed the audience for the final time.

‘I walked out here 19 years ago, and I said this is the start of a relationship. And today is not the end of a relationship, it’s more of a little break. You can see other talk shows now. I may see another audience once in a while,’ she told the crowd.

’20 years ago, when we were trying to sell the show, no one thought that this would work. Not because it was a different kind of show, but because I was different.

‘Very few stations wanted to buy the show, and here we are 20 years later, celebrating this amazing journey together.’

‘What a beautiful, beautiful journey we have been on together and if this show has made you smile, if it has lifted you up when you’re in a period of some type of pain, some type of sadness, anything that you’re going through, then I have done my job,’ she added, before her voice cracked.

‘Because of this platform, we have been able to change people’s lives, and this show has forever changed my life. ‘It is the greatest experience I have ever had, beyond my wildest imagination.’

One thought on “Ellen DeGeneres Comes Back to TV”