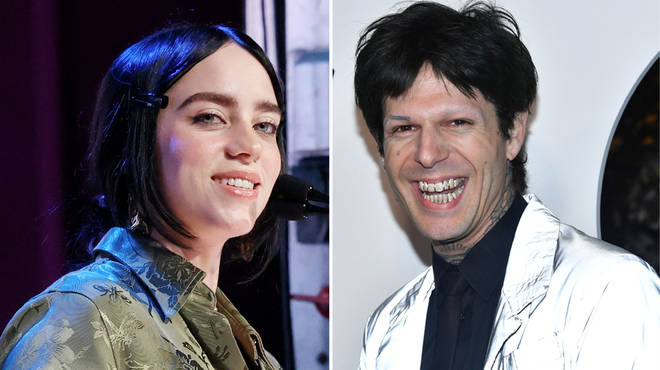 Billie Eilish is apparently dating The Neighborhood singer Jesse Rutherford, and her legions of fans—once bizarrely known as “avocados”—are pissed. Why? Well, it appears their age difference (11 years) and the fact that they’ve known each other since Eilish was just a teenager is enough evidence to suggest that Rutherford is a Bad Guy™.

This week, the 20-year-old Grammy-winner was spotted kissing Rutherford, 31, outside a Studio City restaurant before departing together in Rutherford’s Volkswagen Beetle. According to Page Six, this wasn’t even the pair’s first date. Last Friday, Eilish and Rutherford were seen holding hands at Universal Studios’ Halloween Horror Nights. Personally, I find the fact that Rutherford whips a Volkswagen Beetle disturbing, but that’s not what Eilish enthusiasts are up in arms about online.

Apparently, as many longtime fans have pointed out, Rutherford has known Eilish since she was a teenager. Yes, there are pictures of the two that date back to 2017, at least. That’s Hollywood, folks!

Could a Demi Lovato collaboration be in Eilish’s future? Here’s hoping!

Meanwhile, on another side of the internet, a different fanbase continues to be titillated by the “will-they-won’t-they” of the wizarding world, aka the relationship between Harry Potter stars Emma Watson and Tom Felton.

Speculation about the nature of their relationship is anything but new, but a fresh round was conjured thanks to Felton’s new memoir, Beyond the Wand: The Magic and Mayhem of Growing Up a Wizard. In it, he admits to harboring a “secret love” for Watson and says there’s been a “spark” between them at different times throughout the years.

“I’ve always had a secret love for Emma, though not perhaps in the way that people might want to hear,” Felton wrote. “That isn’t to say there’s never been a spark between us. There most definitely has, only at different times.” Watson, who notably penned the memoir’s foreword, returned the affection, calling Felton her “soulmate.”

“We’re soulmates, and we’ve always had each other’s back. I know we always will,” wrote Watson. “It makes me emotional to think about it.” It gets better, Potterheads.

“For more than 20 years now we’ve loved each other in a special way, and I’ve lost count of the times that people have said to me, ‘You must have drunkenly made out, just once!’ ‘You must have kissed!’ ‘There must be something!’” the actress and activist continued. Devastatingly, Watson never actually confirms nor denies whether or not these two have ever had a little too much Butterbeer and touched each other’s wands, but I choose to believe that they have.

Felton, meanwhile, hasn’t done anything to quell the excitement surrounding their decades-long flirtation. He was kind enough to include some personal photographs of the pair in the memoir, and during a recent promotional event for the book, he chose to wear a pair of socks that he teased were from his former co-star.