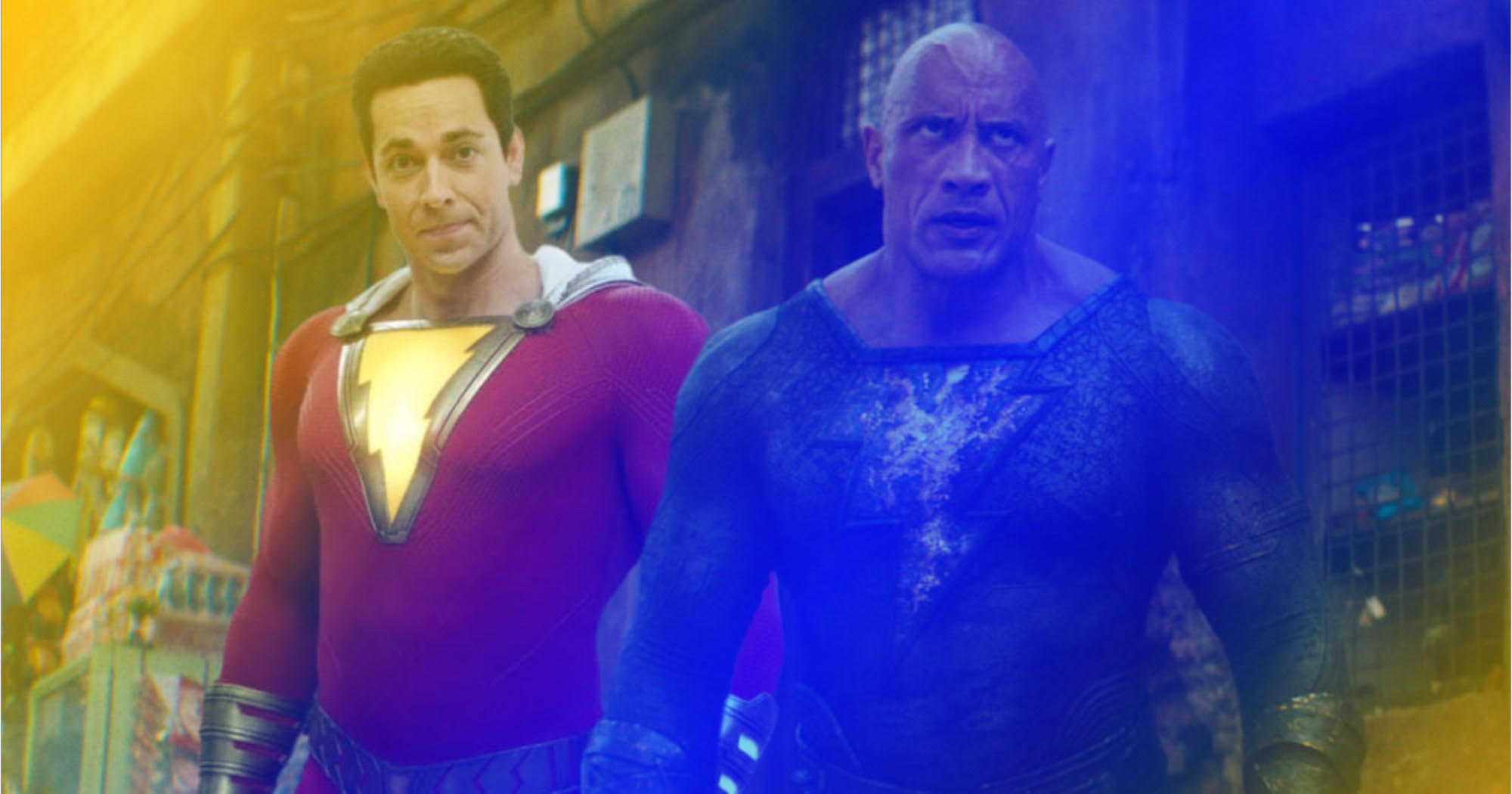 Dwayne Johnson acts ’twixt and tween Hollywood’s stereotype black villains and stereotype black victims. That Johnson (The Rock) can play both is the basis of Black Adam, the new episode of Warner Bros. Studio’s comic-book-based franchise DC Extended Universe. The post–Zack Snyder troubles of DCEU have been the subject of such excessive media bias that it is impossible to suspend disbelief while watching Black Adam.

We now know so much about the behind-the-scenes content-making and celebrity that Black Adam’s attempt to exploit the political moment and audience taste is insultingly obvious.

The Rock is presented as Teth Adam, a Middle Eastern slave who was imprisoned in Kahndaq 5,000 years ago and now, unleashed with magic powers, seeks revenge on the modern world. Possessed of anger, intent on vengeance, Black Adam is no mere freedom fighter — or cashless-bail recidivist. His powers and misguided rage can be matched only by a band of righteous liberals called the Justice Society of America.

It’s blatant Hollywood liberalism and a less-than-glorious, dull-witted pastiche of every action-movie gimmick since The Rock first appeared in The Mummy Returns in 2001. This includes ripping off The Scorpion King, Snyder’s 300, Batman v Superman, and as many of the Marvel Cinematic Universe rivals to DCEU as possible.

Most flagrantly, Marvel’s box-office behemoth Black Panther is the inspiration for Black Adam’s trite, trashy race politics. The title “Black Adam” proclaims banal race consciousness. Not just a derivative of “Black Panther,” it’s The Rock on display as a muscle-bound version of the racist cliché “Black Girl Magic.” All the special-effects battle scenes, explosions, blue lightning bolts, and occult transformations are flaunted to induce the same fake awe as the ersatz tribalism in Black Panther and The Woman King. It’s plainly an effort to preempt the upcoming Black Panther sequel Wakanda Forever. All of progressive Hollywood is in on the project to either brainwash or infantilize audiences, using a combination of CGI spectacle, familiar kinetic sensation, and fanboy grievance porn.

The multiracial Justice Society of America (scene-stealing Aldis Hodge as Hawkman, Pierce Brosnan as Dr. Fate, Noah Centineo as Atom Smasher, Quintessa Swindell as Cyclone) parallel the studio executives who produce this allegorical race-war spectacle, regardless of the moral consequences that might arise from inciting social conflict. Black Adam justifies civil war as fun and profit. “You could be the savior of this world, or its destruction,” Dr. Fate warns Black Adam.

That option teases one’s enjoyment of this film’s overt race exploitation. But it also suggests an ethical choice that the filmmakers fail, especially director Jaume Collet-Serra, who has descended from fun hackwork (House of Wax) into pseudo-serious hackwork, and The Rock, whose ascension from wrestling-world geek to Millennial Horatio Alger has become unfunny, mercenary, even venal.

The Rock formerly represented biracial (black and Samoan) ambition through the same showbiz process as rappers-turned-actors and then, in Michael Bay’s Pain & Gain, gave a unique portrayal of ambivalent motives, wit, and tragedy. But now The Rock has devolved into an object of sheer opportunism. It took junk such as the Jumanji reboots, San Andreas, the ego-stroking Young Rock TV series, and a heist movie about a skyscraper actually titled “Skyscraper” to turn The Rock into a pebble.

Black Adam disgraces the legacies of third-world liberators and their hallowed ancestors, for no better reason than to appease Hollywood’s not entirely guilt-ridden liberals.

One thought on “The Rock’s New Movie Bashed as “Exploitative””