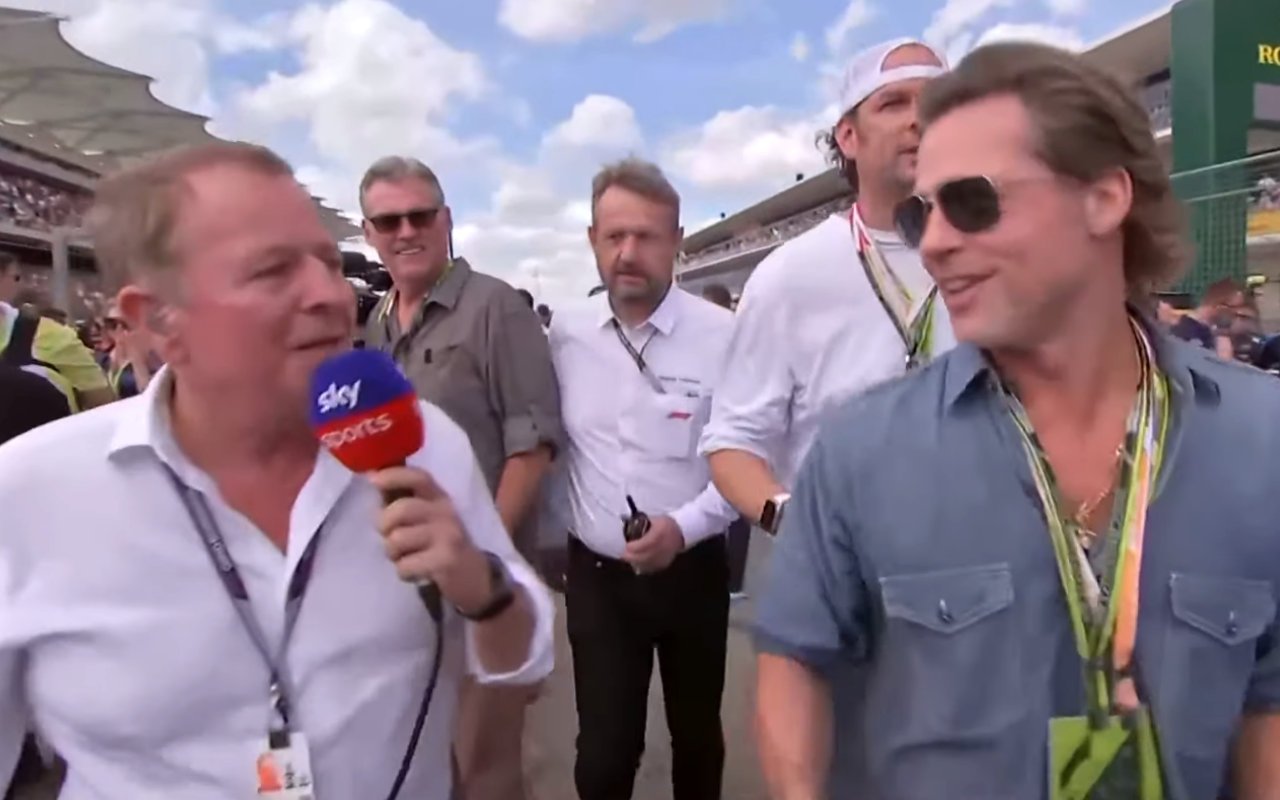 Brad Pitt may be one of the most beloved Hollywood actors, but he doesn’t come before Martin Brundle in the F1. The actor has sparked outrage from racing community after he appeared to snub the Sky Sports reporter.

On Sunday, October 23, the “Bullet Train” star made a surprise appearance at the U.S. Formula 1 Grand Prix which took place at the Circuit of the Americas in Austin. Martin, who raced between 1984 and 1996, was on his unusual grid walk before the afternoon’s Grand Prix event when he spotted the actor.

The famed former race car driver-turned-commentator tried to engage with Brad on the subject of his forthcoming untitled F1 film. After introducing himself, he asked the megastar if he could “tell us a bit about this movie,” but the actor gave the journalist the brush-off.

“No, not yet! Top secret,” Brad said as he continued to walk past Martin. Noticing that someone, possibly from the actor’s security team, discouraged him from having further conversation, Martin turned to the camera and mugged, “Obviously they’re known as ‘pitt stops’-if they don’t want you talking to Brad Pitt.”

In a stark contrast, Ed Sheeran, who was also at the race, was willingly talking to Martin about his first visit to the F1. The British singer/songwriter also briefly talked about performing at the U.S. F1 Grand Prix concert the night before, saying, “It’s my first big show in America in like five years. So super, super excited about it.”

After watching the video, many racing fans were left enraged by Brad’s reaction to Martin’s question. One disappointed fan tweeted, “Brad Pitt making a movie about F1 but not knowing who the voice of the sport Martin Brundle is.”

“When you’re at a Formula 1 Grand Prix you’re a guest of Martin Brundle. Respect the man,” another urged. A third critic said, “It will be something like this that eventually tarnishes his shine; disrespecting a known man in a manly sport.” Someone else remarked, “The great pretender is still undefeated. His PR will come out tomorrow and blame it on his ‘face blindness’.”

Neither Brad nor his team has reacted to the backlash. Meanwhile, at the U.S. F1 Grand Prix, the 58-year-old met with F1 CEO Stefano Domenicali, several team bosses and COTA chairman Bobby Epstein to discuss filming the movie during real race weekends in 2023. He was joined by “Top Gun: Maverick” producer Jerry Bruckheimer and director Joseph Kosinski.