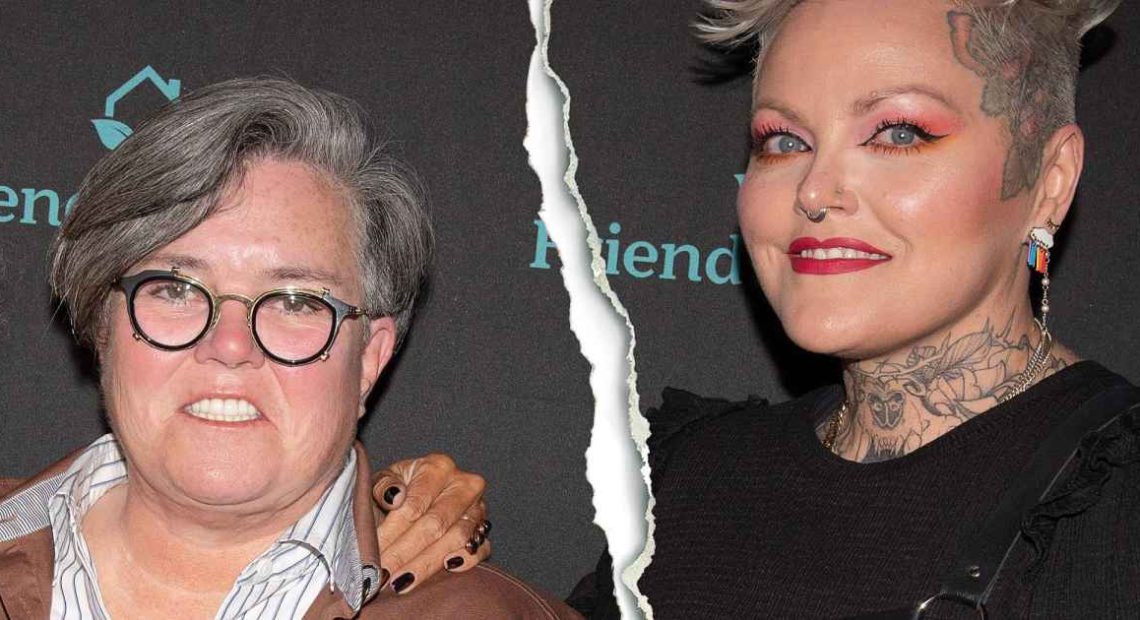 The 60-year-old comedienne and actress called off the relationship recently, according to a Wednesday report from People.

The couple met on the social media platform Tik Tok in January of this year and in September O’Donnell told shock jock Howard Stern she was ‘in love’ with girlfriend Hauer.

Their relationship had a slow roll out.

They hinted they were an item in May, went Instagram official in June during Pride Month and then made their red carpet debut in July at the Stand Up for Friendly House comedy benefit at the Fonda Theatre in Los Angeles.

Just a month ago all seemed to be good between the two when she talked to Howard Stern.

During her chat with Stern she also explained how she became fascinated with Hauer.

‘I watched … her TikToks and every time I saw her, I would smile and [be] like, “This woman is, like, perfect,”‘ O’Donnell said during the SiriusXM show.

‘Look at her, she’s so happy and enthusiastic and beautiful and bright and she has a light coming from her.’

And then Rosie – who came out as gay 20 years ago – said she was the one who made the first move to get together.

‘I sent her a DM,’ she continued. ‘I thought maybe we would just be friends. I said, “You’re very beautiful. I love your look,” and, like, 10 days later she wrote me back with a little video.’

She also said that she had deep feelings for the massage therapist.

‘She’s really kind and wonderful, and I like the pace we’re going at. It’s not like a U-Haul situation.’

And she liked that Hauer did not want to push the relationship too hard.

‘She is not pressuring me, which is good because I don’t do well under pressure like that. It only feels like a weight but that hasn’t happened.’

‘I’ve never dated a tattooed woman before,’ O’Donnell said. ‘[She has] 23 tattoos, including a huge one on her neck and her thighs and she’s very, very sexy to me,’ said Rosie.

Then suddenly Hauer had an R tattoo on her arm, but O’Donnell joked ‘the ‘R’ stands for ‘rosé all day.’

O’Donnell was married to Michelle Rounds from 2012 to 2015. Before that she was wed for one year to Kelli Carpenter in 2004.

Aimee has a son named Elliott, 15, as well as an older daughter Izzie Porter.