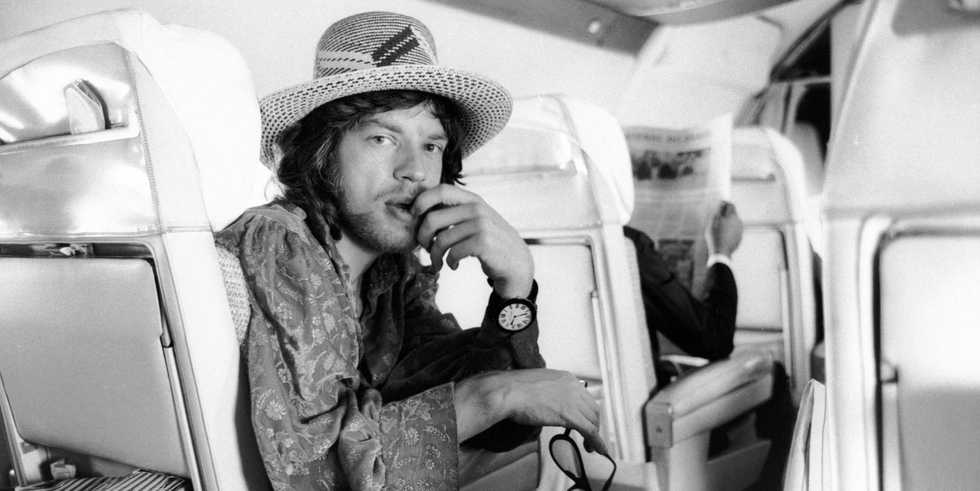 His cockney twang is known around the world.

And according to Sally Arnold, who was nanny to the frontman’s daughter Jade, now 51, the star slips into his famous droll ‘the minute’ he is out in public.

Writing in her memoir Rock N Roll Nanny she said: ‘Strangely, Mick spoke the Queen’s English in private and with only a couple of people around’.

‘But the minute there were more or he was on the phone, he’d switch to the sort of Mockney accent we know today’.

She went on to reveal that one example of him switching between accents was when he telephoned her former employer for a reference.

She wrote: ‘ She [her former employer] was so surprised because he spoke to her in rather an uncouth way, and she wondered “How can Sally work for somebody like that?”.

Sally worked for the Brown Sugar hitmaker during his during his seven year marriage to model Bianca Jagger, 77, before it ended in 1978.

In the book she goes on to say how ‘normal’ the lavish and world famous couple seemed.

‘He [Mick] was very attentive, pouring tea, carrying and fetching things for her’.

Following her time as a nanny Sally went on to become the rock band’s tour manager.

It comes after it was revealed that the Rolling Stones are reportedly set to release their first album of new music next year.

Following a traumatic year, the trio are reportedly set to look forward to the future, with a source stating; ‘They’ve had a knock in recent years, but the show goes on.’

The group, who released Live Kicks in 2004 and A Bigger Bang in 2005, are said to have got together for studio sessions in New York over the past two weeks, and were joined by drummer Steve Jordan and bass player Darryl Jones.

A source told The Sun: ‘After Charlie’s passing there was some uncertainty about what to do next. They had stadium dates scheduled so pressed ahead, but afterwards it wasn’t clear what the future looked like.

‘But now they’ve had time to reflect they all feel it’s the right thing to keep doing what they’ve always done as a band, make new music and hopefully hit the road again to perform it to their fans.

‘They’ve had a knock in recent years, but the show goes on – and The Stones always do.’

The insider went on to add that the rockers are planning on a ‘major tour’ after the album, which will likely include  countries in the US, South America and Europe.