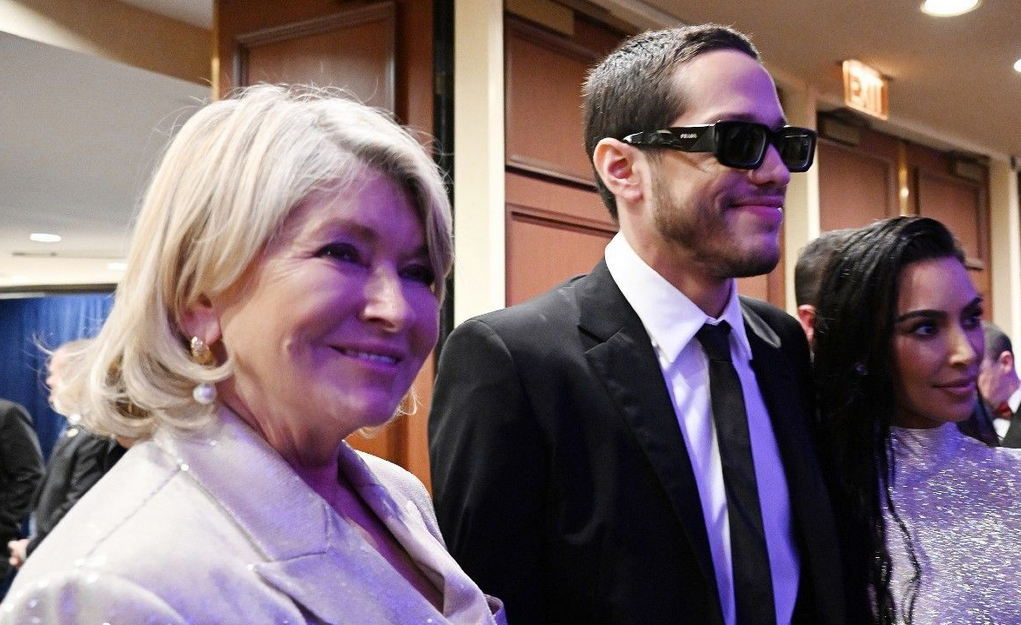 During the Tuesday, October 25, episode of The Drew Barrymore show, the 81-year-old revealed she would go on a date with the 28-year-old if she was given the chance.

The comical activity provided an opportunity for the chef to discuss what she looks for in the perfect partner.

“Your date has as many tattoos as Pete Davidson,” Barrymore asked to start off the game — to which Stewart quickly waved her green flag back and forth in approval.

“Okay, your date is Pete Davidson,” the 50 First Dates star followed up, to which the cookbook author immediately held her green flag high and proud, while stating, “I mean, he has dated so many women.”

“So what?” the Charlie’s Angels actress responded in confusion, to which Stewart explained, “No, I’m not saying that’s bad. I think that’s good and he’s sort of cute.”

“I know him,” Stewart recalled to Barrymore’s great surprise. “Oh, you didn’t know I know him? He was on the [Justin] Bieber roast with me, do you remember? He was this little twerp. He was even twerpier than Bieber.”

Barrymore couldn’t believe the word “twerp” could be used to describe Davidson.

“But everybody speaks about Pete Davidson in such a positive way,” the mother of two stated in confusion. “Like he has to be a good guy.”

“Oh, he is a good guy,” agreed the lifestyle expert, adding, “Very good guy and he knows how to get in and get out.”

It would be quite interesting if Stewart ever went on a date with the Saturday Night Live alum, as she once referred to him as family.

“Pete Davidson is like the son I never had,” the businesswoman recalled after rumored relationship memes soared through social media after the two were photographed holding hands together at the White House Correspondent’s Association Dinner. “He is a charming boy who is finding his way.”

Would @MarthaStewart date Pete Davidson?! @DrewBarrymore gets to the bottom of it. pic.twitter.com/2piJ3SGcQ8

One thought on “Martha Stewart Wants Pete Davidson: ‘He Knows How To Get In & Get Out”