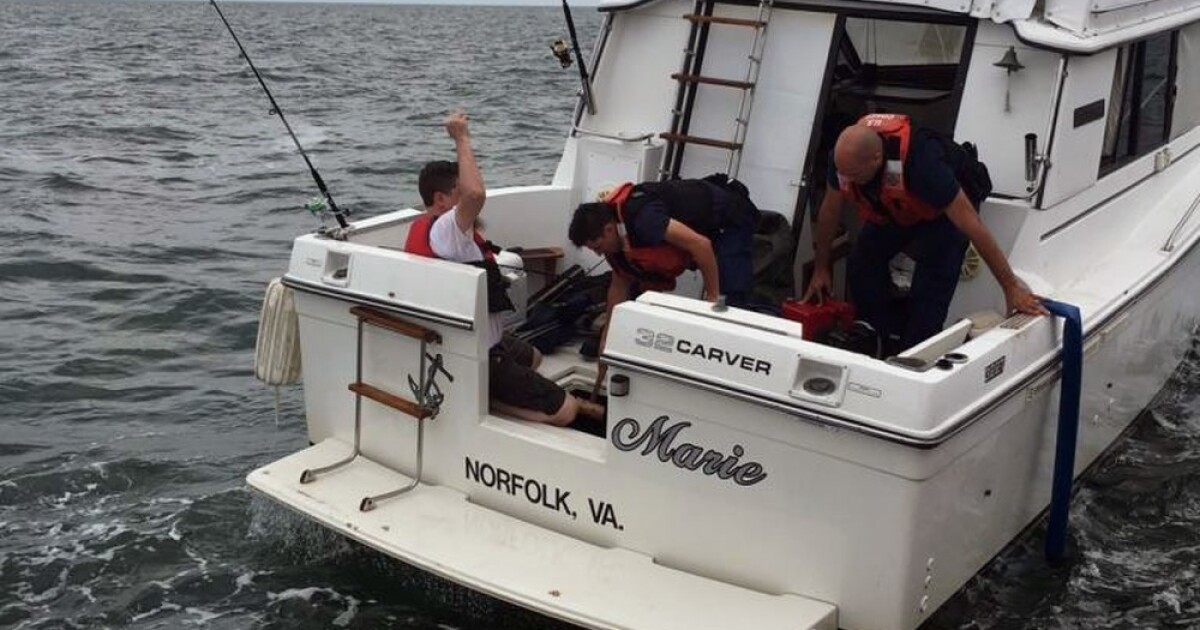 It was around 2 a.m. when the vessel hit a much larger ship, officials said. U.S. Coast Guard District 5

Under the blanket of night off the coast of Virginia, a 115-foot fishing vessel collided with a much larger container ship, the Coast Guard said.

The fishing vessel, with 13 people on board, began to fill with water. They sent out a call for help.

Virginia’s Coast Guard sector received the call around 2 a.m. Oct. 28 and sent out a helicopter, airplane and boat crew to rescue the people stranded on board about 65 miles southeast of Chincoteague, the Coast Guard said in a news release.

“These are the life-saving missions for which we train each and every day. While this morning’s events were unfortunate, 13 people were rescued from an extremely perilous situation,” Capt. Jennifer Stockwell, commander of Sector Virginia, said in the release.

A good Samaritan vessel, Drystan, helped rescue 12 of the crew members from the sinking boat, and the Coast Guard helicopter crew lifted the captain to safety, the release said.

The crew members were transported to the Motor Life Boat, and the captain was taken to the Coast Guard Sector Virginia, according to the release. No injuries were reported.

“Safety of life at sea is the Coast Guard’s top priority,” Stockwell said. “The combined efforts of good Samaritans and Coast Guard response assets demonstrates a selfless commitment to others.”