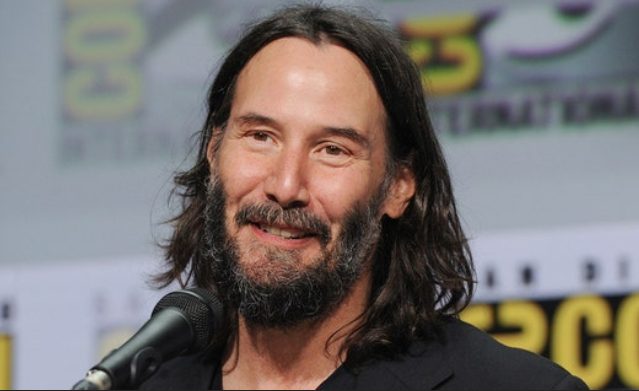 With spooky season in full effect, people are probably chatting about their close encounters with ghosts as we speak.

However, nothing measures up to the moment Keanu Reeves saw a ghost when he was a child.

During an appearance on Jimmy Kimmel Live in 2014, the John Wick star was asked a bunch of random questions – including whether he’d ever seen a ghost.

“Yeah, when I was a kid,” the actor replied, before delving into his spooky tale.

Reeves had just flown to New York from Australia with his nanny and one night, when only he and his nanny Renata were awake, they saw something – or someone – float into the room.

“I’m probably like 6, 7 years old, we’d come from Australia. Renata, [our] nanny, in the bedroom, my sister is asleep, she’s sitting over there, I’m hanging out,” he recounted.

“There was a doorway, and all of a sudden this jacket comes waving through the doorway, this empty jacket — there’s no body, there’s no legs, it’s just there. And then it disappears.”

Reeves said that he was initially confused but was more than willing to just pass it off as something ‘interesting’ however Renata’s reaction suggested was definitely amiss.

“I was a little kid, and I thought, ‘Okay, that’s interesting,’ and I looked over at the nanny, and she (was making a scared expression). And I’m like, ‘Oh wow, so that was real,'” Reeves said.

Kimmel then quipped: “That’s a reason to move, to me”.

And we’re going to have to agree.

And speaking of ghostly figures, the Matrix actor recently shared which Marvel character a 10-year-old Reeves would love to play during an appearance on Jimmy Kimmel Live last month.

“10-year-old Reeves would want to — I think he’d probably want to be Ghost Rider.”

Kimmel then tried to get Reeves to spill the details on which characters Marvel Studios have offered him in the past, but the 58-year-old dodged the question like a pro to praise the company.

“It’s really cool,” he shared. “I think the way that the Marvel films have developed and what they are is really spectacular, and it would be great to be a part of that.”

He had visited the late night show to promote about the new comic series he created, BRZRKR, which Netflix is now adapting into both a live-action movie and an animated series.