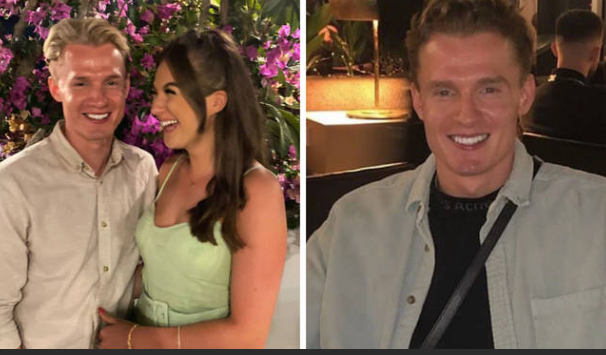 A woman has “gone through hell” after watching her boyfriend fall into the River Thames and die on Facetime. James East, 25, had been on a family night out in Kingston with his girlfriend Arabella Ashfield, to celebrate Miss Ashfield’s sister’s 18th birthday, before his tragic sudden death the week before the London Marathon.

Mr East, originally from Swansea, had gone to take a break by sitting on a walled area of a bridge, roughly around hip height, but misjudged his seating position and fell backwards, hitting the back of his head before falling into the River Thames. He was video-calling Miss Ashfield, trying to locate her so they could catch a taxi home together, when the accident happened.

Emergency services were called and they rushed to his aid. Efforts were made to save his life for three hours in hospital, but Mr East’s family told WalesOnline he was worked on under the assumption that he had drowned, rather than for his head injuries, which a postmortem later revealed was the cause of his death.

Mr East’s family have paid an emotional tribute to the 25-year-old business development executive, and said his girlfriend has “gone through hell” since the accident. His mum, Sara Ivey, said: “His poor girlfriend, Arabella, was actually on Facetime to him trying to direct him to their taxi, and she has gone through hell now as she has watched that happen.

“He was in the water for 50 minutes and then they found him and took him to hospital where they worked on him for three hours to try and save him. When he had the post mortem, it was found that he was dead before he entered the water due to his head injuries, but they didn’t realise that.

Ms Ivey added: “We’re just devastated. It’s awful, he’s so young and had so much to look forward to. To be honest, it still hasn’t registered with us. It was just horrendous for my mum, Kingston Police had to call South Wales Police who then had to come here at 4.50am and knock the door. It was a three and a half hour drive up there which was just horrendous for my mum and our stepdad.

“They asked them to pull over half way to say they couldn’t work on him any longer and that there was nothing they could do. It’s horrendous, just for them being on the side of the motorway and to receive that news. They tried to get a police escort, but couldn’t get one, so they had to drive the rest of the way.”

Mr East, who had studied at the London School of Economics before becoming a business development executive at Trybe, was a football-lover who played at Welsh league level, and followed Swansea City and Tottenham Hotspur. He had signed up to run this year’s London Marathon, which took place the week after he died.

Mr East’s office at Trybe, where he had worked, was closed for two days after the news of his death. His wake at Swansea Dockers Club on October 13 was so well-attended they had to open the upstairs of the venue as well as the downstairs to fit all of the mourners inside.

Mr East’s sister, Abigail Bladen, said: “Six weeks before he died he landed a job that he absolutely loved. He was doing really well and they loved him. He absolutely loved London and he used to joke that he only ever used to come home to see his niece, but we are a close family and he is a home bird at heart.”

She added: “It was nice to know he was so happy and doing so well, but it’s just bittersweet because we wanted that to carry on for him.” A fundraiser set up to support Mr East’s family has been set up on GoFundMe here.