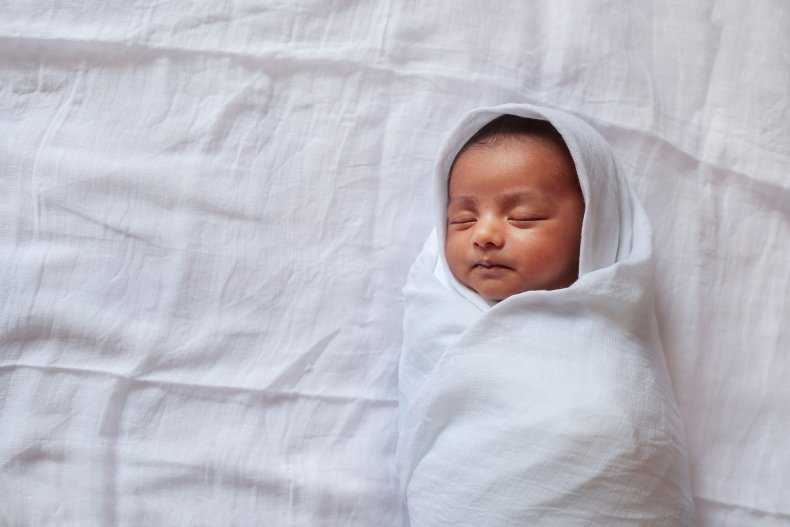 A newborn girl in India was found carrying eight undeveloped fetuses inside her body by doctors, who managed to surgically remove them.

The baby, who was born on Oct. 11 in the state of Jharkhand, was developing normally; however, there appeared to be a hard substance inside her stomach.

“The parents felt a hard substance inside the baby’s stomach,” Dr. Md Imran, the pediatric surgeon, who performed the surgery at the Rani Children’s Hospital, told The Times of India. “Though she was behaving normally, the parents rushed to our hospital on Oct. 28 for further consultation.”

Doctors initially thought the infant had a tumor inside her stomach, India Today reported.

“The initial diagnosis revealed a cyst and tumor-like substance below the chest. Hence, we decided to operate on the child. The fetuses were discovered only during the operation,” Dr. Imran told The Times of India.

While performing the surgery on Nov. 1, Dr. Iman said, “I felt a head-like fetus and removed it. But behind it, there were a series of seven fetuses. All were removed.”

Doctors said this was a “fetus-in-fetu” case, and noted this was the first time they saw up to eight undeveloped fetuses together.

Fetus-in-fetu (FIF) is an extremely rare medical condition in which a malformed vertebrate fetus is enclosed inside the body of the living twin, according to the National Center of Biotechnology Information.

Dr. Imran said this rare condition occurs in one out of 500,000 live births.

“International medical journals have recorded one fetus in most of the FIF cases,” he told the media outlet. “I have never found so many fetuses in a newborn till now. Hence, I am preparing a report on this case for publication in an international journal of pediatrics soon.”

The doctor noted the baby was doing well after the surgery and responded well when she was given milk and water.

“As of now, we don’t see any complications in the future. She can lead a normal life. But we will keep track of the infant through check-ups at regular intervals,” Dr. Imran added.

Dr. Rajesh Singh, a pediatrician and head of the hospital, called it a “rarest of the rare” cases and claimed it could be for the first time in the world that eight fetuses were found.

“Doctors seldom come across such cases in their career or lifetime,” Dr. Singh told The Times of India. “This case of a 21-day-old baby with so many fetuses is probably the first, globally.”