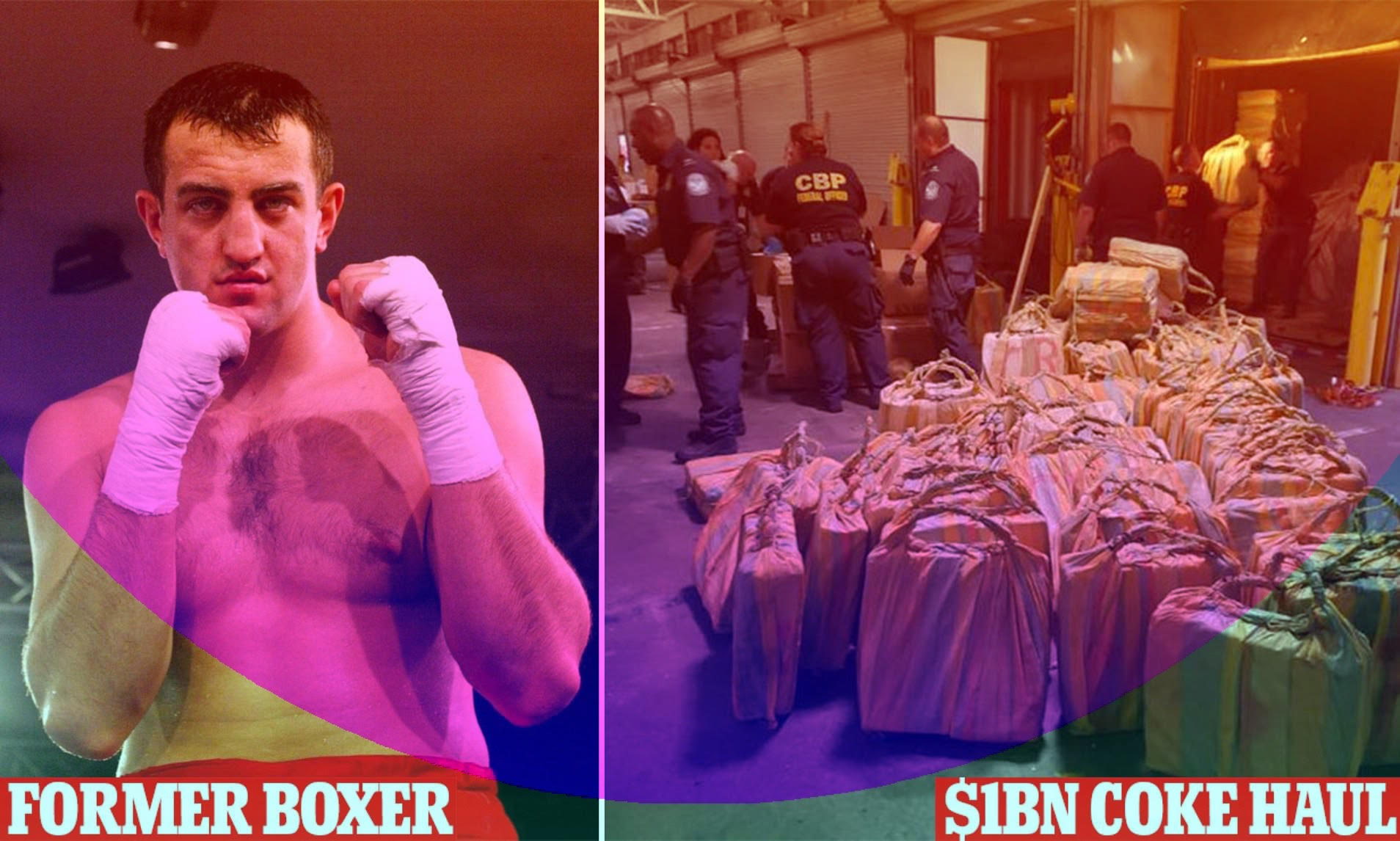 by: Liberate America StaffPosted on: November 4, 2022

The Department of Justice on Monday charged a former professional heavyweight boxer with trafficking over 20 tons of cocaine worth more than $1 billion through U.S. ports, most of which was from what prosecutors in 2019 called “one of the largest drug seizures in United States history.”

Goran Gogic, 43, was arrested Sunday after being indicted by a grand jury in New York, the Justice Department said in a news release. Gogic, who is from Montenegro, was arrested while trying to board a flight at Miami International Airport.

Gogic was charged with three counts of violating the federal Maritime Drug Law Enforcement Act, and one count of conspiracy. faces a mandatory minimum 10-year sentence and up to life in prison.

The charges stem from the three seizures of cocaine, most notably 19.8 tons from a cargo ship while it was docked at Philadelphia’s Packer Avenue Marine Terminal in 2019. At the time, Ivan Durasevic, the ship’s second mate, and Fonofaavae Tiasaga were arrested in the bust. The ship was on its way to the Netherlands.

Prosecutors allege that Gogic and others used “meticulous planning” to transport cocaine to Europe from Colombia through U.S. ports, using commercial cargo ships.

“Members of the conspiracy loaded the commercial cargo ships at night near the coast and ports, working with crewmembers who would hoist loads of cocaine from speedboats that approached the ships at multiple points along their route,” prosecutors wrote.

The defendants allegedly loaded the drugs using nets and the ship’s cranes. Once the cocaine was onboard, the crew would hide it within shipping containers, prosecutors said.

The complex operation involved having to access to each ship’s crew, route, real-time positioning and geolocation data, prosecutors said

Gogic is accused of orchestrating the operation by coordinating with crew members, Colombian traffickers and European dockworkers.

After the massive bust in Philadelphia in 2019, U.S. Attorney William McSwain wrote on Twitter: “This is one of the largest drug seizures in United States history. This amount of cocaine could kill millions — MILLIONS — of people.”

In a statement, U.S. Attorney Breon Peace called Gogic’s arrest and indictment a “body blow to the organization and individuals responsible for distributing massive quantities of cocaine.”